This system was visited for the first time on EDSM by RedWizzard.

It was named by the Galactic Mapping Project with the name of: DSSA Buurian Anchorage / The Dryau Awesomes 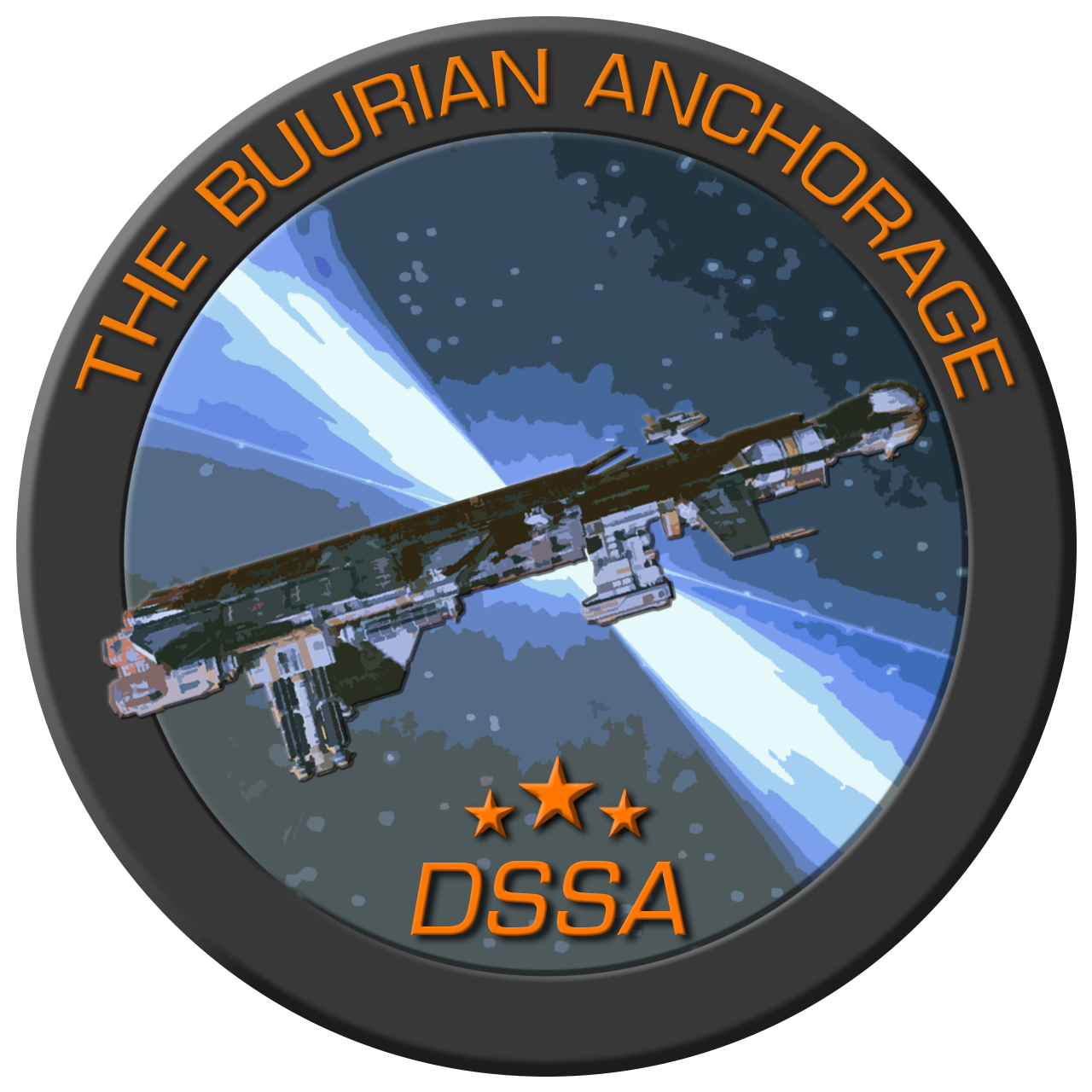 The Buurian Protectorate, in conjunction with the Buur Pit Mining Company, approved and funded two Nautilus-class vessels in April 3306; The DSSA Buurian Anchorage, and The BPS Buurian Reflux.

With some clever planning, a historic long-range journey was born: Operation Autumn Squirrel, a first of its kind within the Protectorate.

The fleet departed their home system, Tewanta, on 28 Jun 3306 and began the long trek to the final destination; The Dryau Awesomes. With the support of the BPS Buurian Reflux, the Anchorage was deployed and became operational on 22 Jul, 3306.

It is here that the DSSA Buurian Anchorage will remain as a beacon of respite for the weary fleet carrier captain and independent traveler alike.

The Protectorate welcomes all. 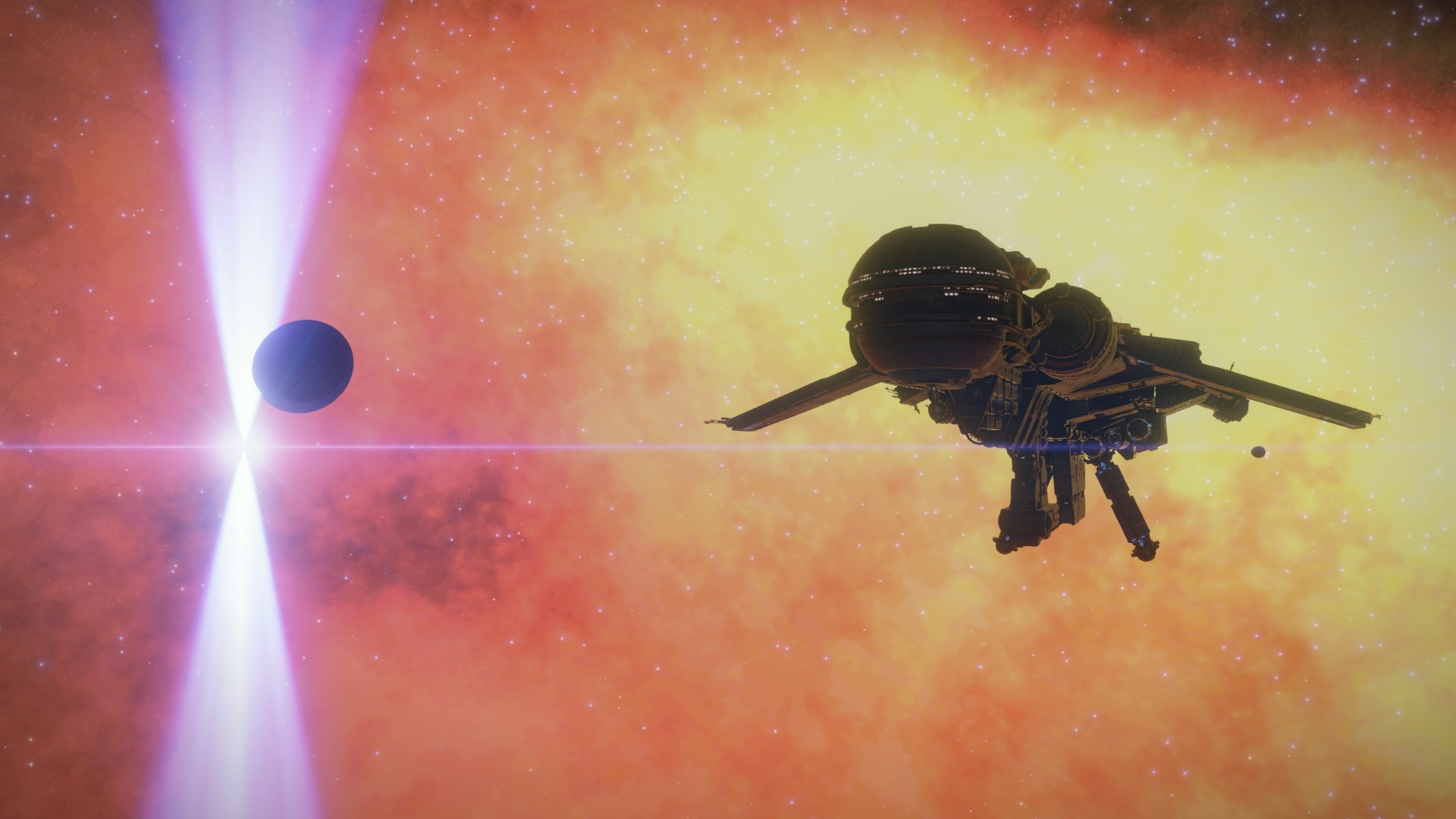 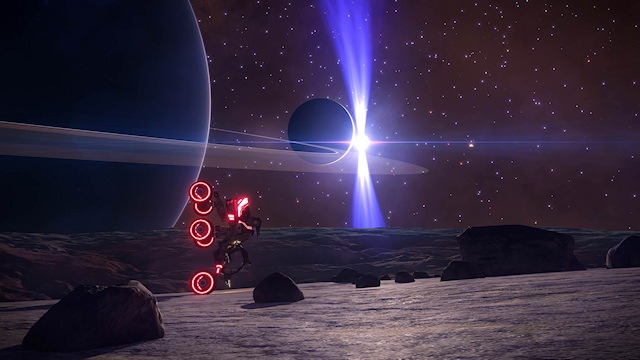 Absolute madness of a system from a topology standpoint. The black hole drop star is in a tight binary with a white dwarf (less than 3 ls), which itself has a gas giant orbiting fully inside its exclusion zone and passing through the cones with a period of 14 minutes. Conjointly, a high-metal content world is located just 7ls from the drop-out point, torched by the white dwarf, providing incredible sunrise and set vistas.

Moreover, less than 15ls away from the singularity lies a extremely close-binary of a huge water world and a ringed gas giant, the latter of which has 2 volcanic moons skimming the very edge of the rings on slightly inclined orbits, although these rings may be invisible to ship scanner. Use caution!

The views offered from the surface of the landable moons is unlike anything seen elsewhere in the galaxy, and all objects in the inner system have extremely short orbital periods creating a dynamically changing view in the sky. Absolute must visit for anyone in the area.

Moons AB 2a and AB 2b periodically collide! The close proximity of the two moons and the conflicting gravity wells were responsible for killing hundreds of pilots during the Distant Worlds 2 expedition. 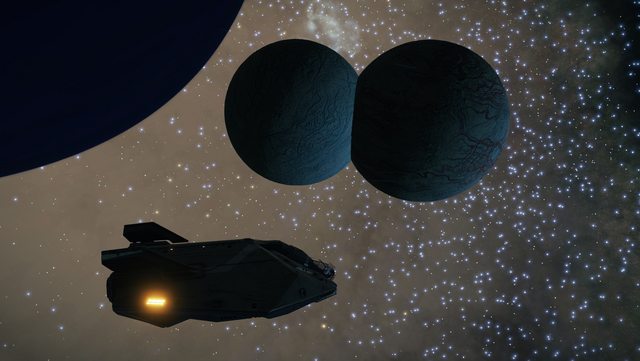