It was named by the Galactic Mapping Project with the name of: Explorer's Anchorage

Warning: Stuemeae FG-Y d7561 is a binary star system. Commanders visiting the system need to be aware that its possible to exit hyperspace close to one of the stars.

This station acts as an Exploration and Scientific research hub at the very core the Milky Way, just a few light years from Sagittarius A*. Proposals for the construction of a station at the galactic core were first pitched to the Pilots Federation (FDev) in January 3304 by CMDR Erimus Kamzel, as part of the core mission goals of the Distant Worlds 2 Expedition.

In October 3304 Transorbital Dynamics (NPC corp) commissioned the building of the Explorer's Anchorage, along with the nearby scientific installation 'New Horizons'. This paved the way for the the Distant Worlds 2 starfleet to be build the installations during their journey to Beagle Point.

The station superstructure was constructed (via a Tier 11 Community Goal) in January 3305 at the Omega Mining Asteroid base.

On February 21st 3305, the Explorer's Anchorage was deployed, with 5 stages of construction set to complete the station between Feb. 21st and Mar. 21st 3305. 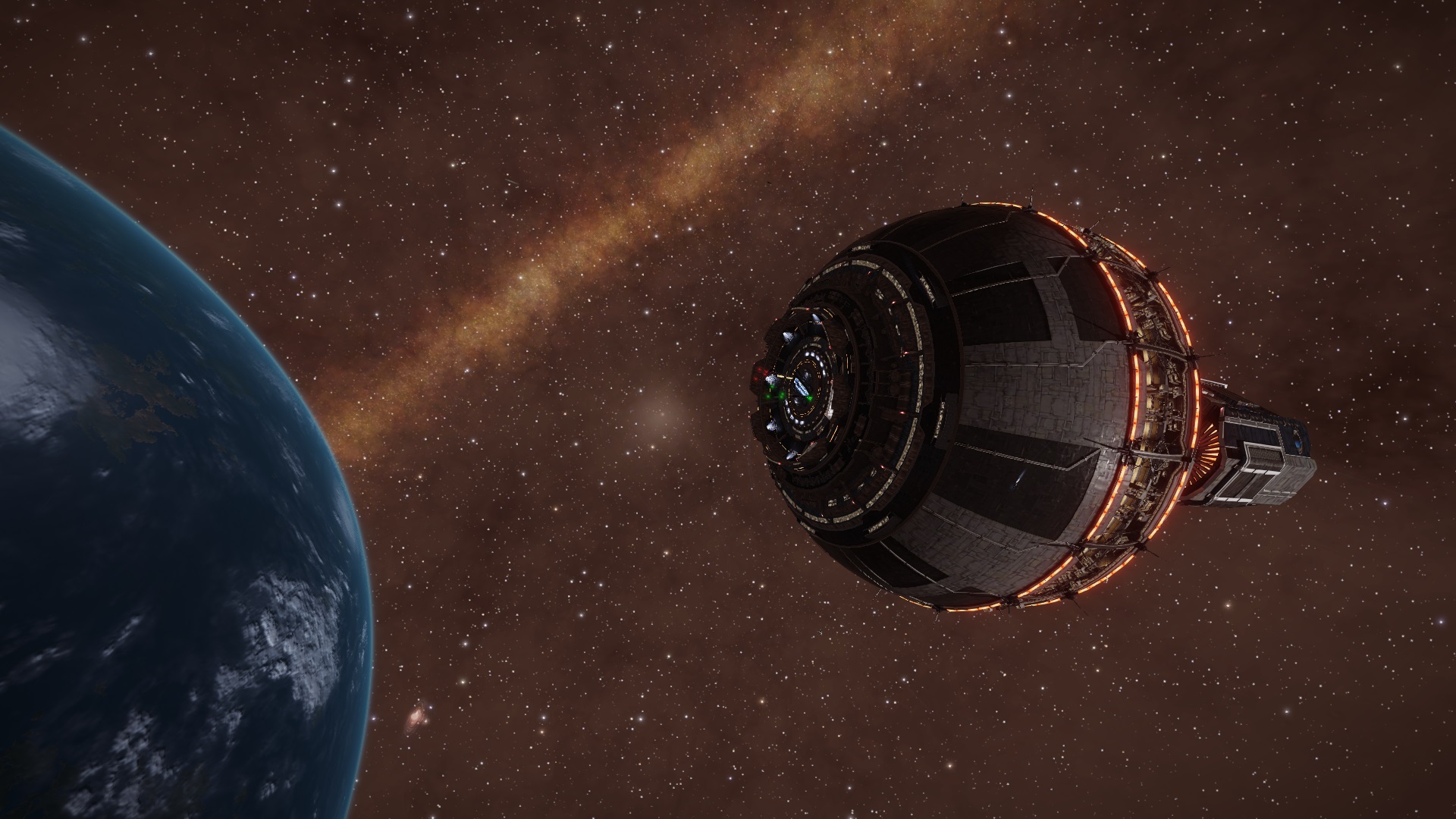 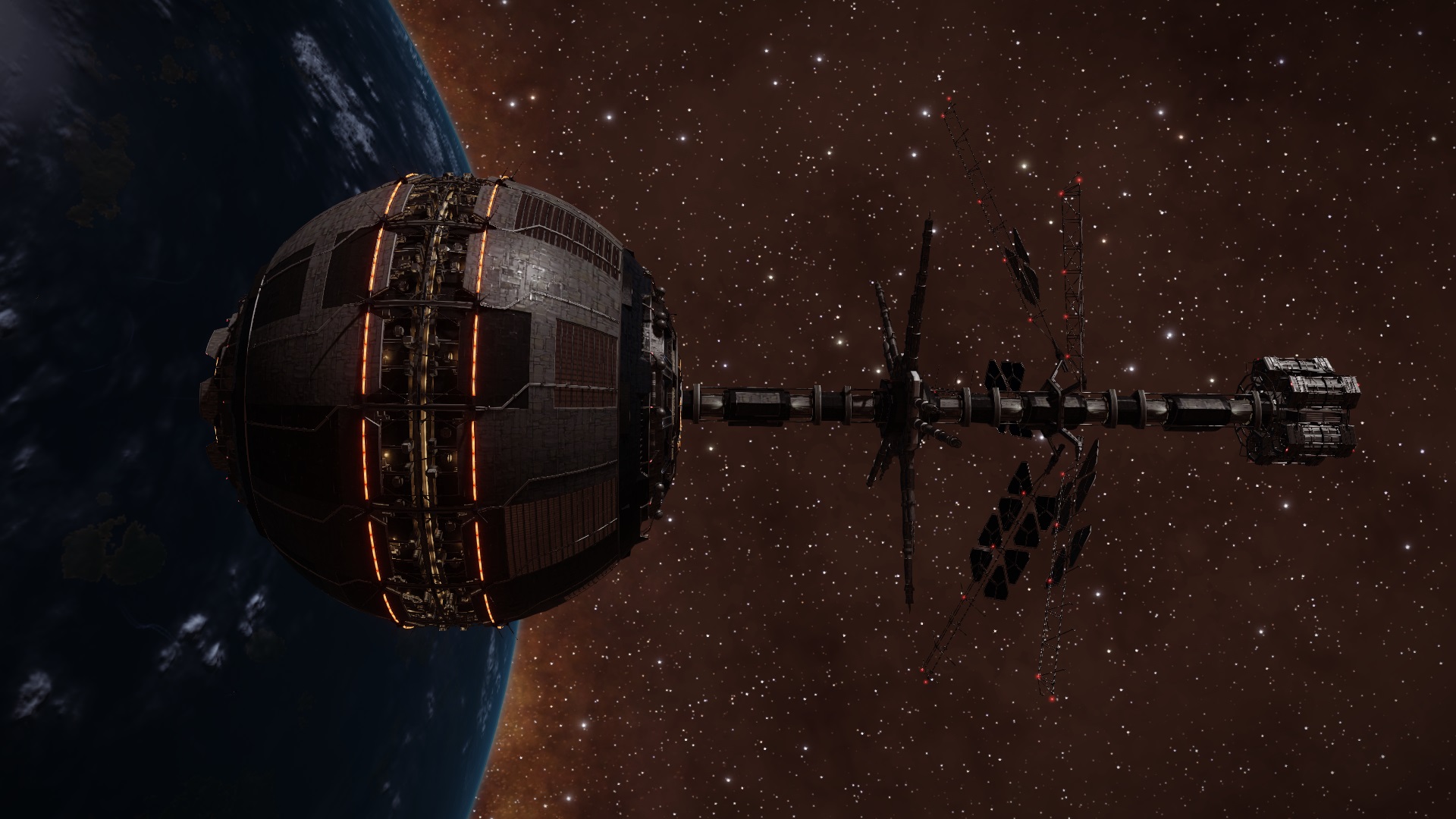 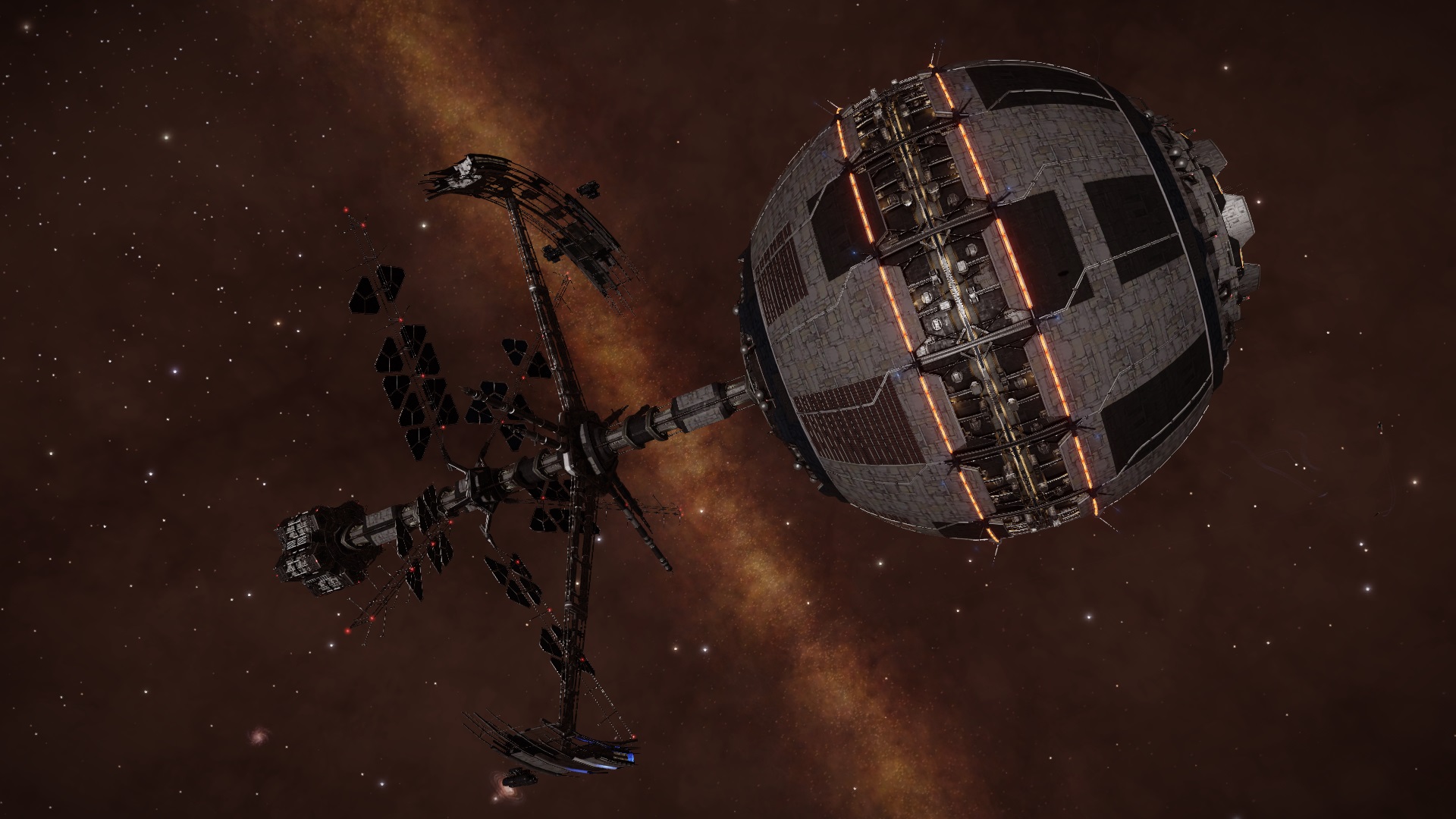 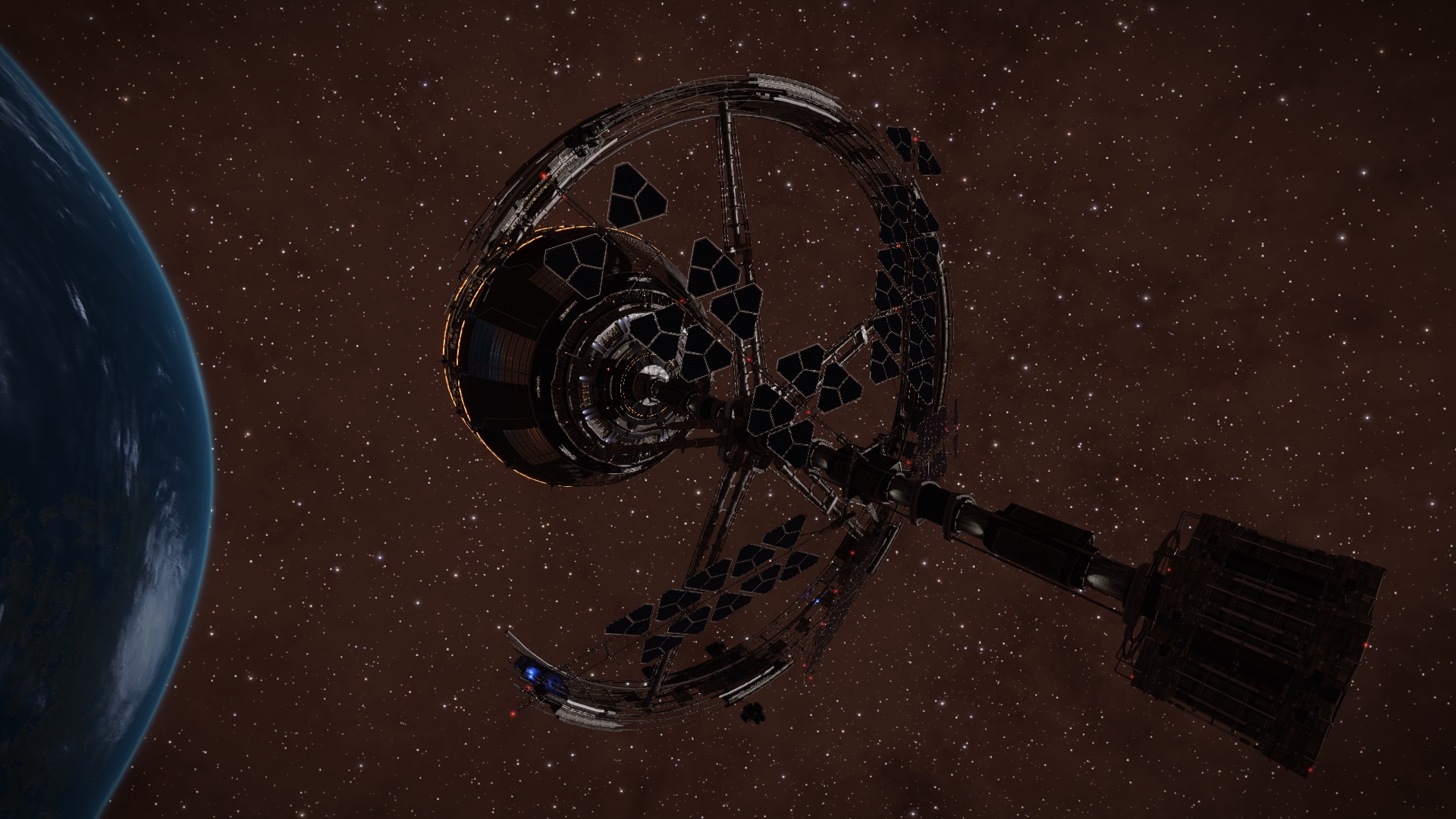 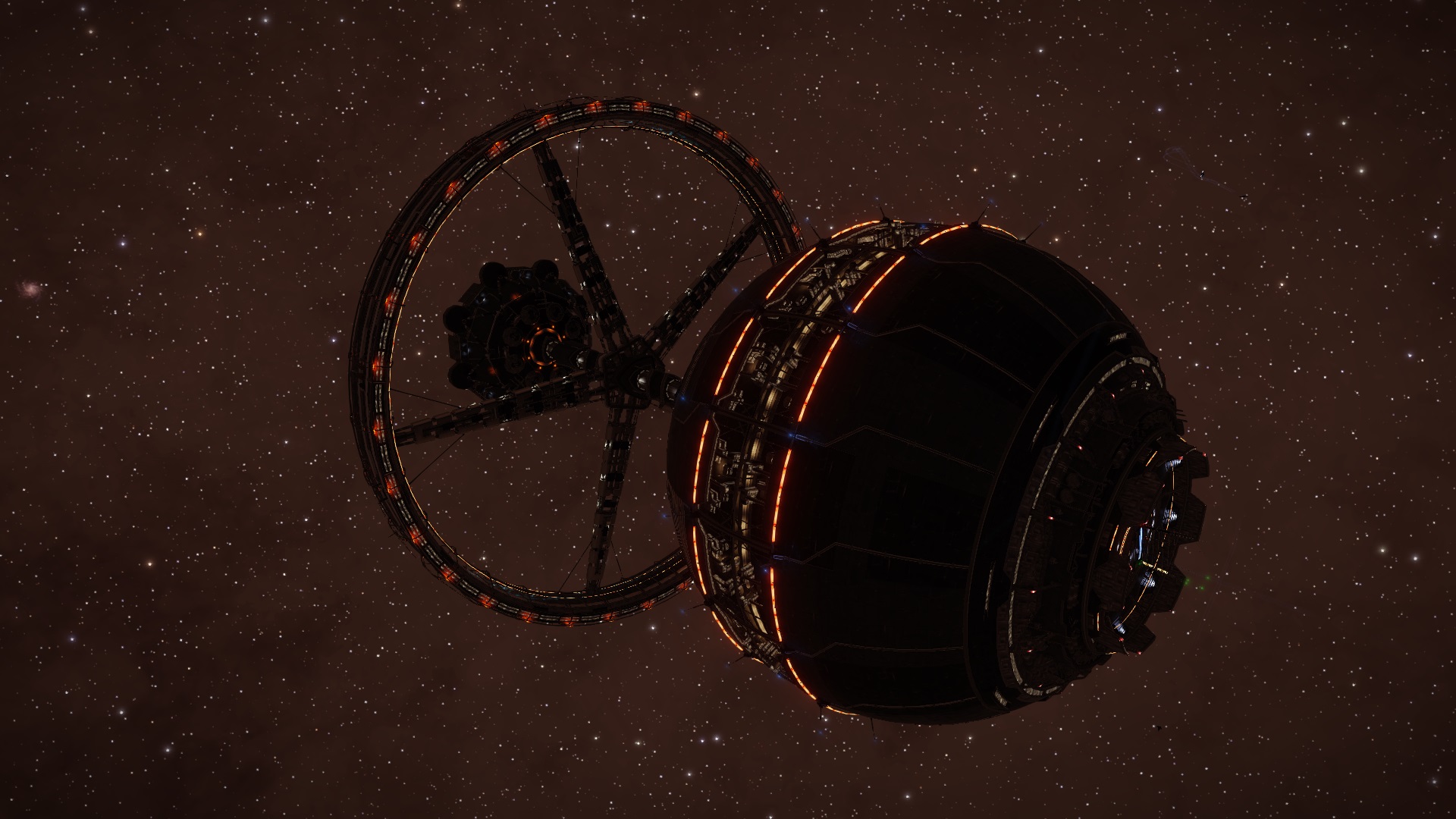 [OOC] Transorbital Dynamics were a fictional NPC faction created by Erimus Kamzel as part of the DW2 event proposal. It was created purely to keep the DW2 expedition, and the establishment of the Explorer's Anchorage, neutral and without any connections to existing player factions.

As a nod to what DW2 had achieved, Frontier Developments added Transorbital Dynamics to the game in March 3305. They are now an actual in-game faction, based out of the Explorer's Anchorage.