It was named by the Galactic Mapping Project with the name of: Dumbbell Nebula 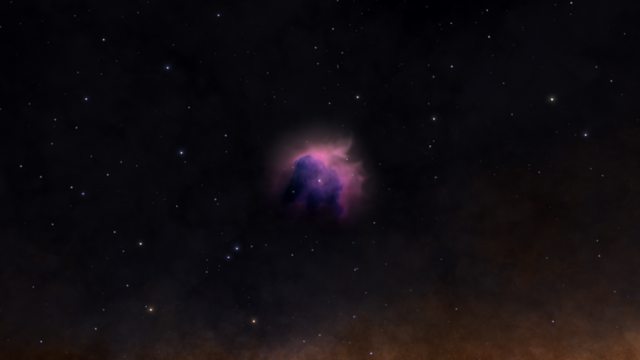 The Dumbell Nebula (also called M27 and NGC 6853) was the first planetary nebula to be discovered. On June 12 of 1764 old Earth date, noted astronomer Charles Messier wrote: 'Nebula without star, discovered in Vulpecula, between the two forepaws, & very near the star 14 of that constellation, of 5th magnitude according to [John] Flamsteed; one can see it well with an ordinary telescope of 3.5-foot; it appears of oval shape, & it contains no star'.

Astrophotography and description courtesy of Ibanix.

Tranquility’s Stop maintains a tourist installation in orbit of BD+22 3878 5, a water world within the Dumbbell Nebula. The site contains a Navigation Beacon, which will give you the data for the local system, and a number of tourist ships. Two Satellites giving Engineer Data are adjacent to the facility.