GRS 1758-258 was the first microquasar with winged radio features found in early 21-st century. At those times it was observed at the 6 cm wavelength using the legendary VLA radio telescope complex. The observation showed two jets that made a Z-type morphology and indicated the microquasar as strong X-ray emitter, also capturing another unrelated source. Data analysis revealed that system hosts a non-degenerate star and possibly one black hole.

Years later the system was firstly visited and scanned by CMDR GLYN-IE. The interesting thing is that nowadays it contains two black holes and a neutron star, and as there is no supernova remnants around the place it was either incorrect observation and assumption or relatively quick supernova cycle or one more black hole was later captured by the system gravity. In any of these cases, it is a mystery to reveal for the modern scientists. 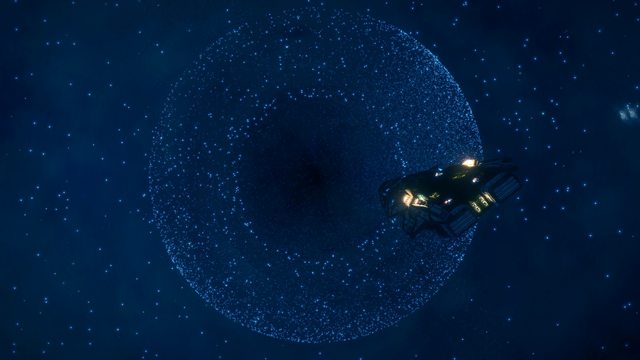