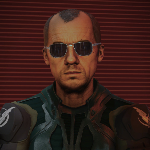 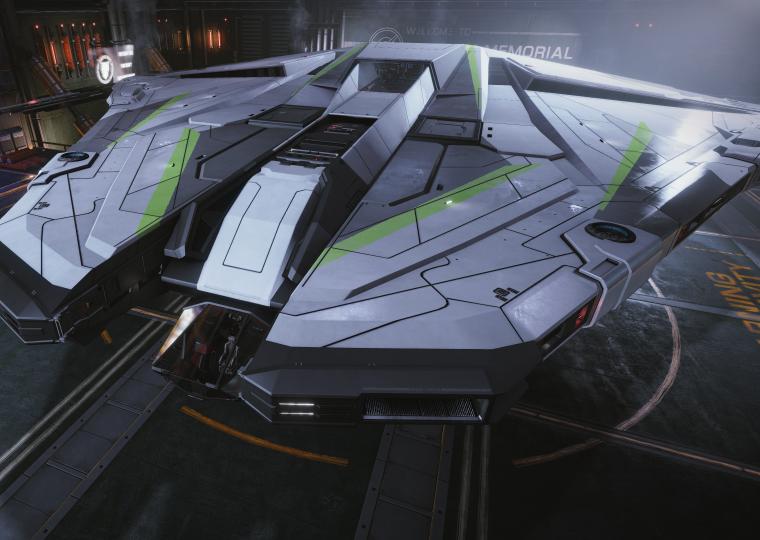 "Hot Jupiter" - class V gas giant with - relative to the radius of the central star - very close orbit of only 8.5 Ls: 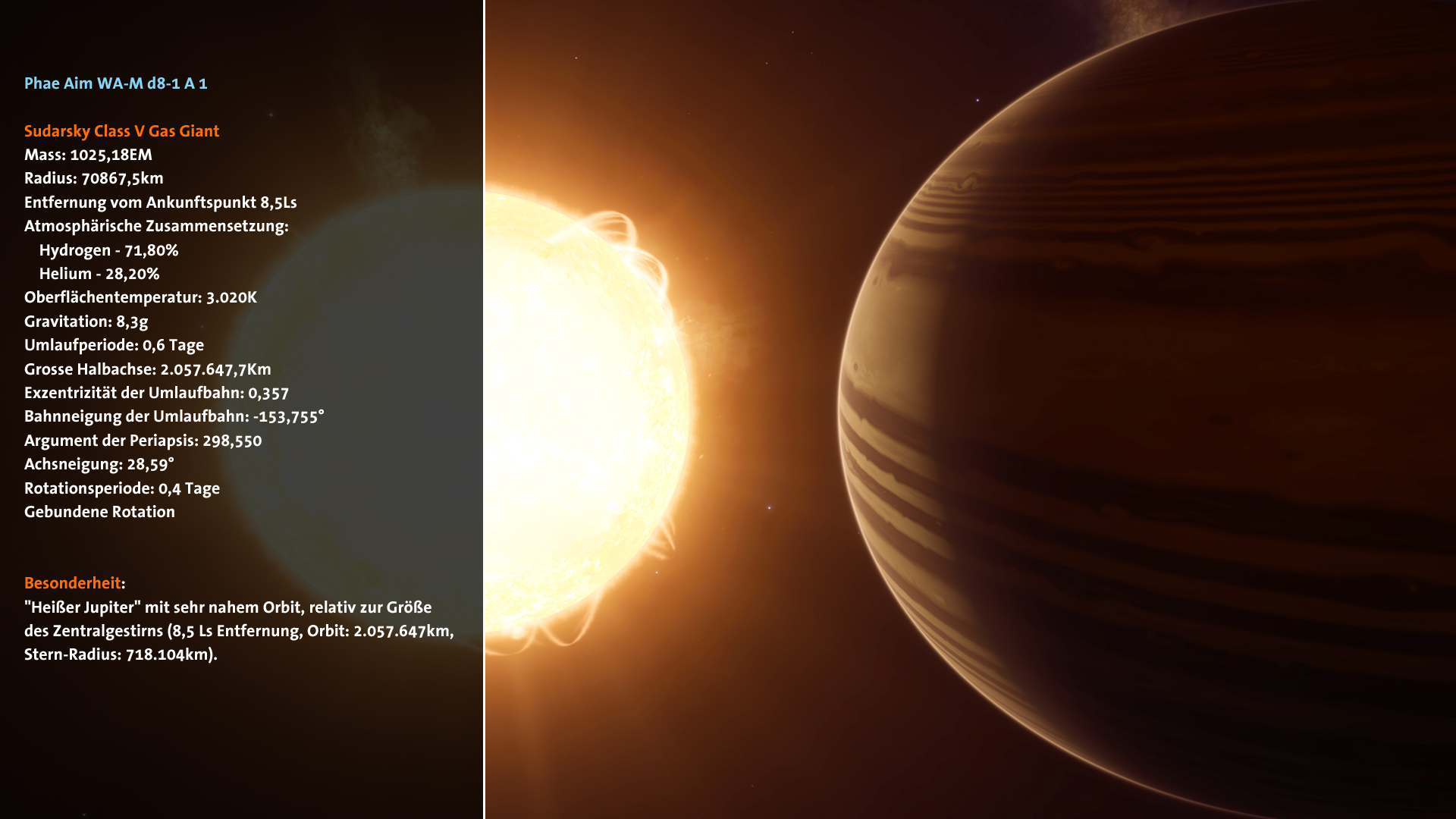 Gas giant with water-based life with extremely high eccentricity (0.99) - As a result of such a highly eccentric elliptical orbit, the gas giant passes the central star in extreme proximity. Unfortunately, the object was at the other end of the ellipse at the time of the visit. It was not worth waiting, because it won't come close to the Sun again for another 72 years: 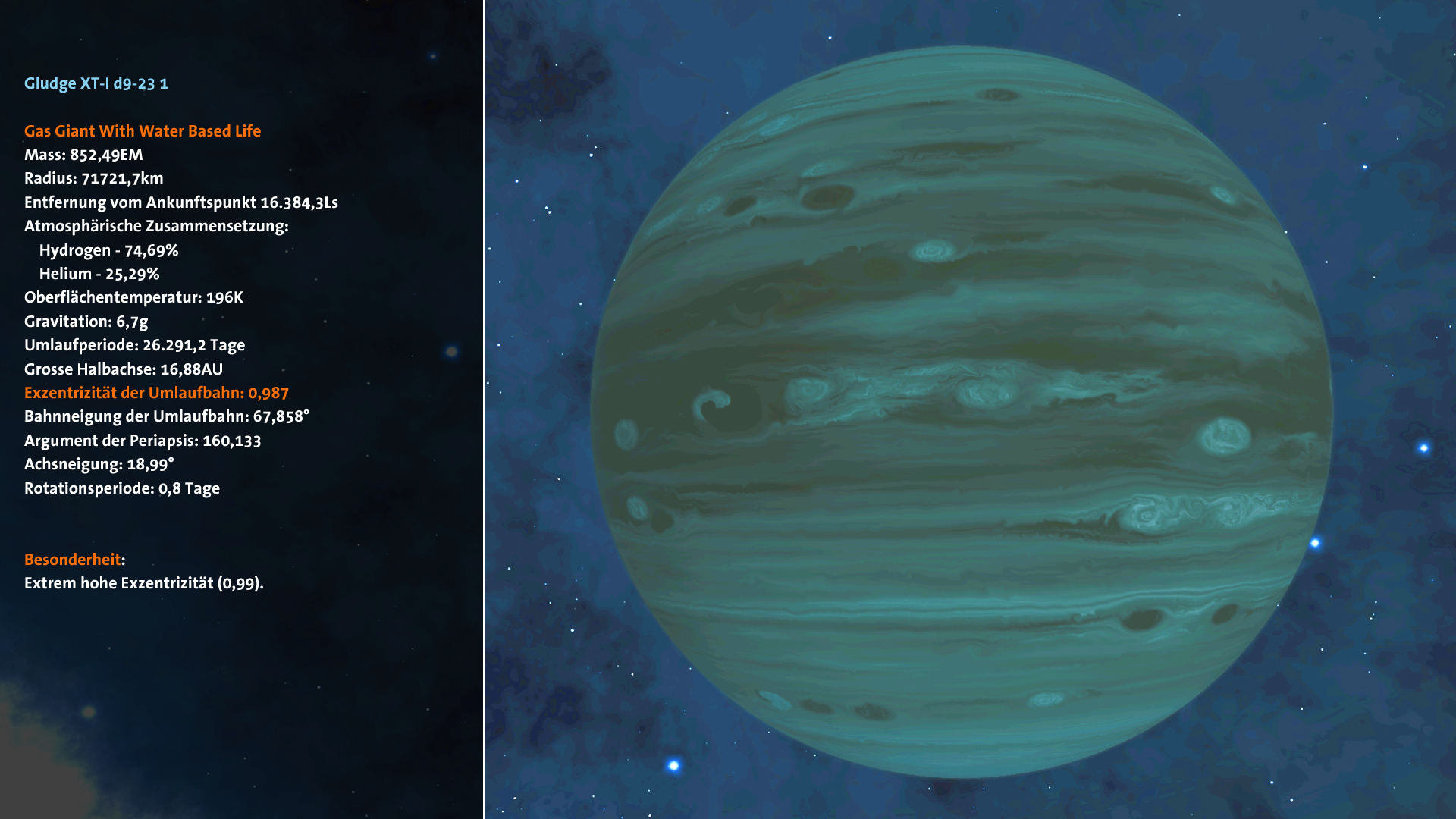 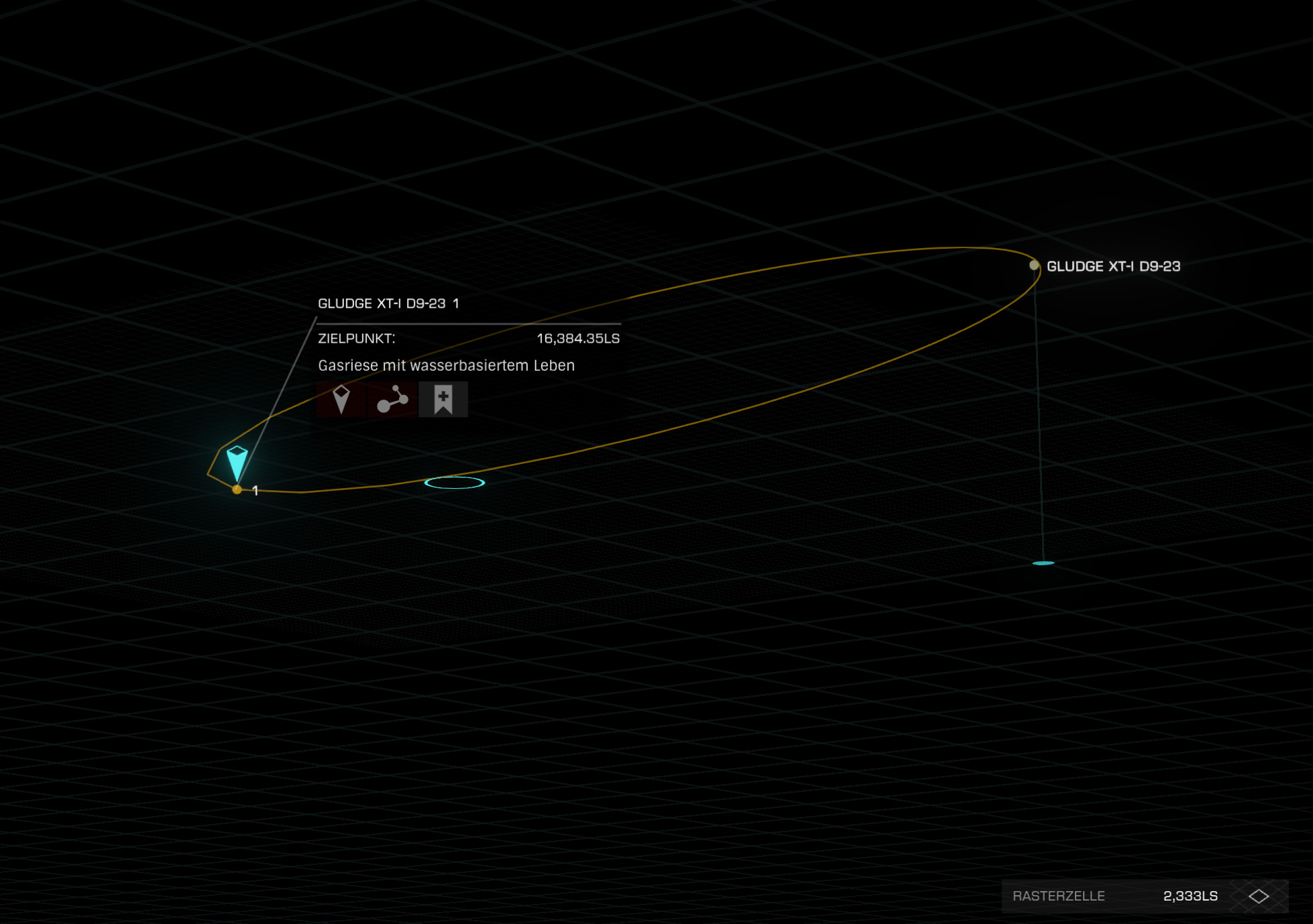 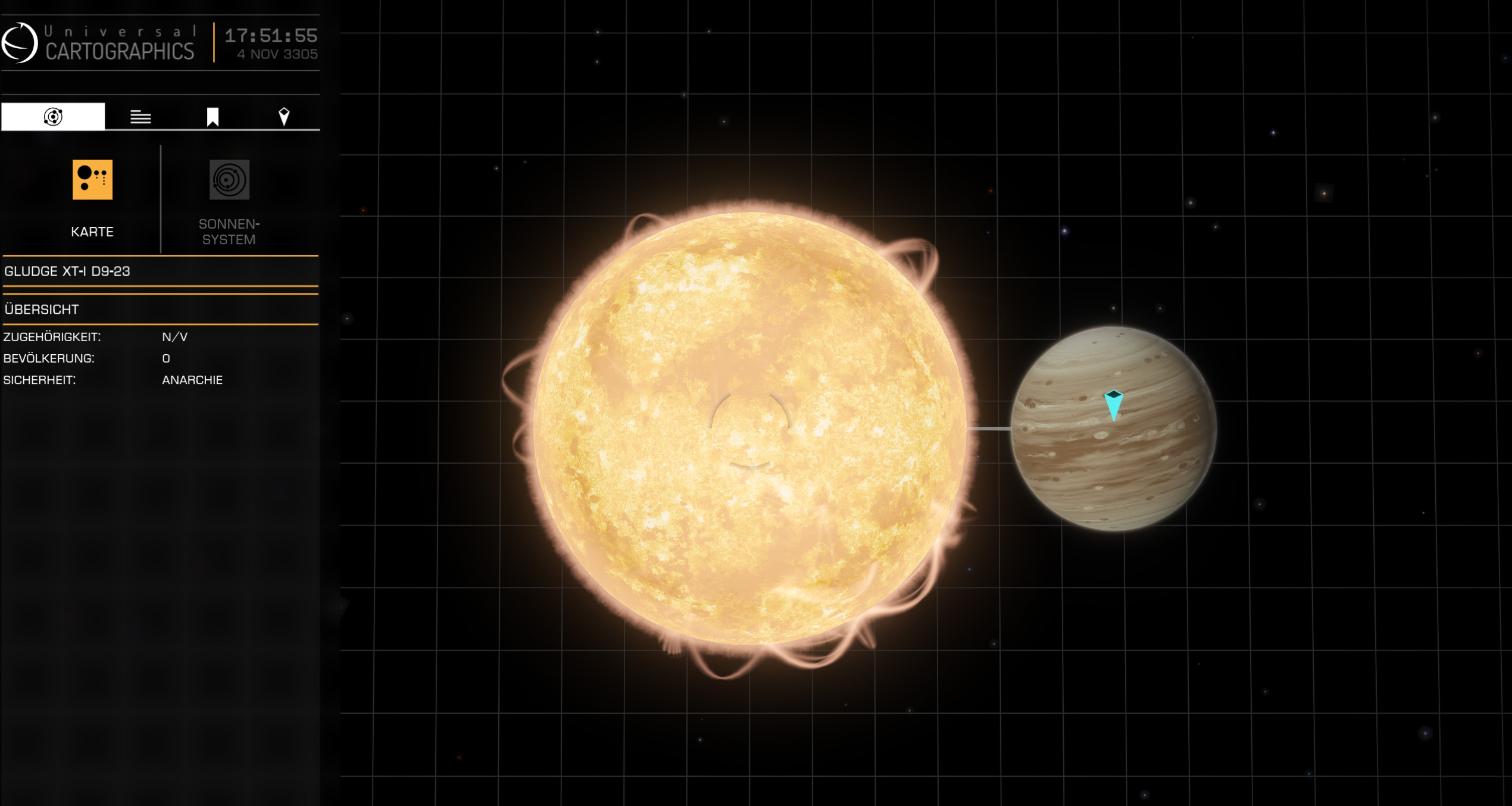 Planet in very close and fast orbit around an L dwarf star: 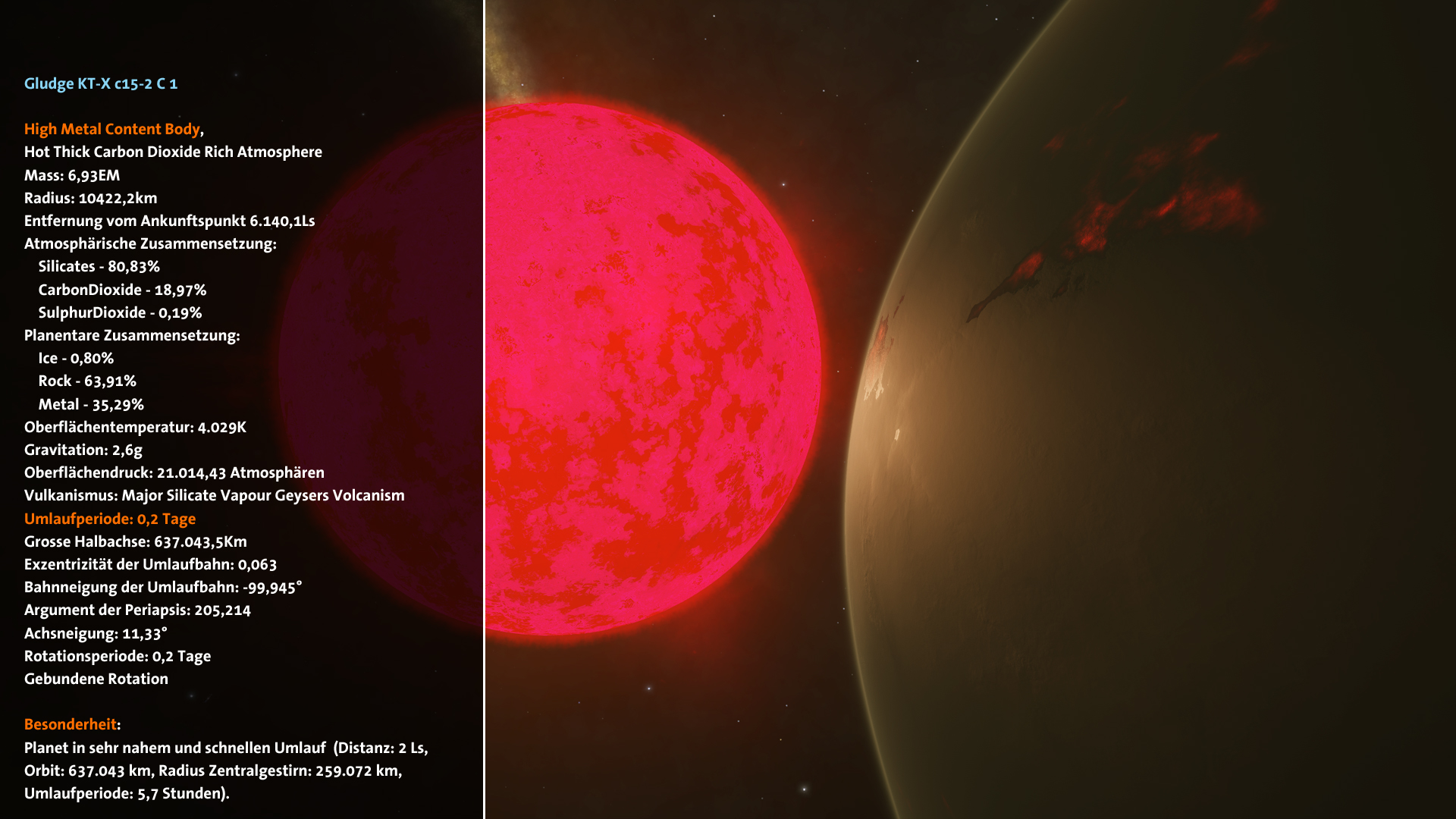 The search for a previously undiscovered planetary nebula in the Perseus arm was crowned with success. This is the first time I have been able to make such a discovery in the regions south of Sol. Please therefore understand that the position and system name of this jewel will remain unnamed at first; I would like to secure this entry first.

Type I ("Blue Double Sphere"), the central neutron star is orbited by 5 planets, including a high metallic, terraformable world and a water world: 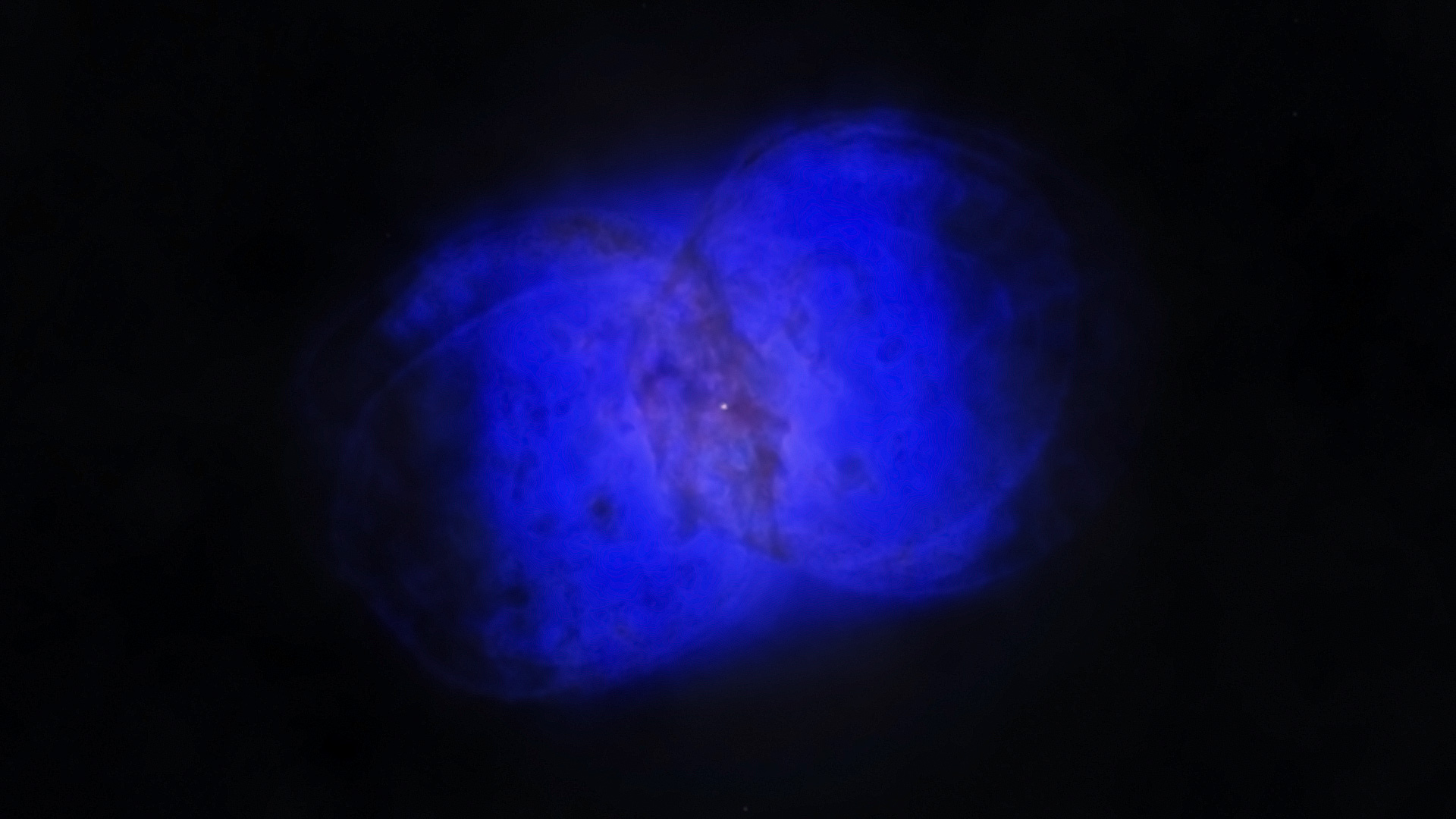 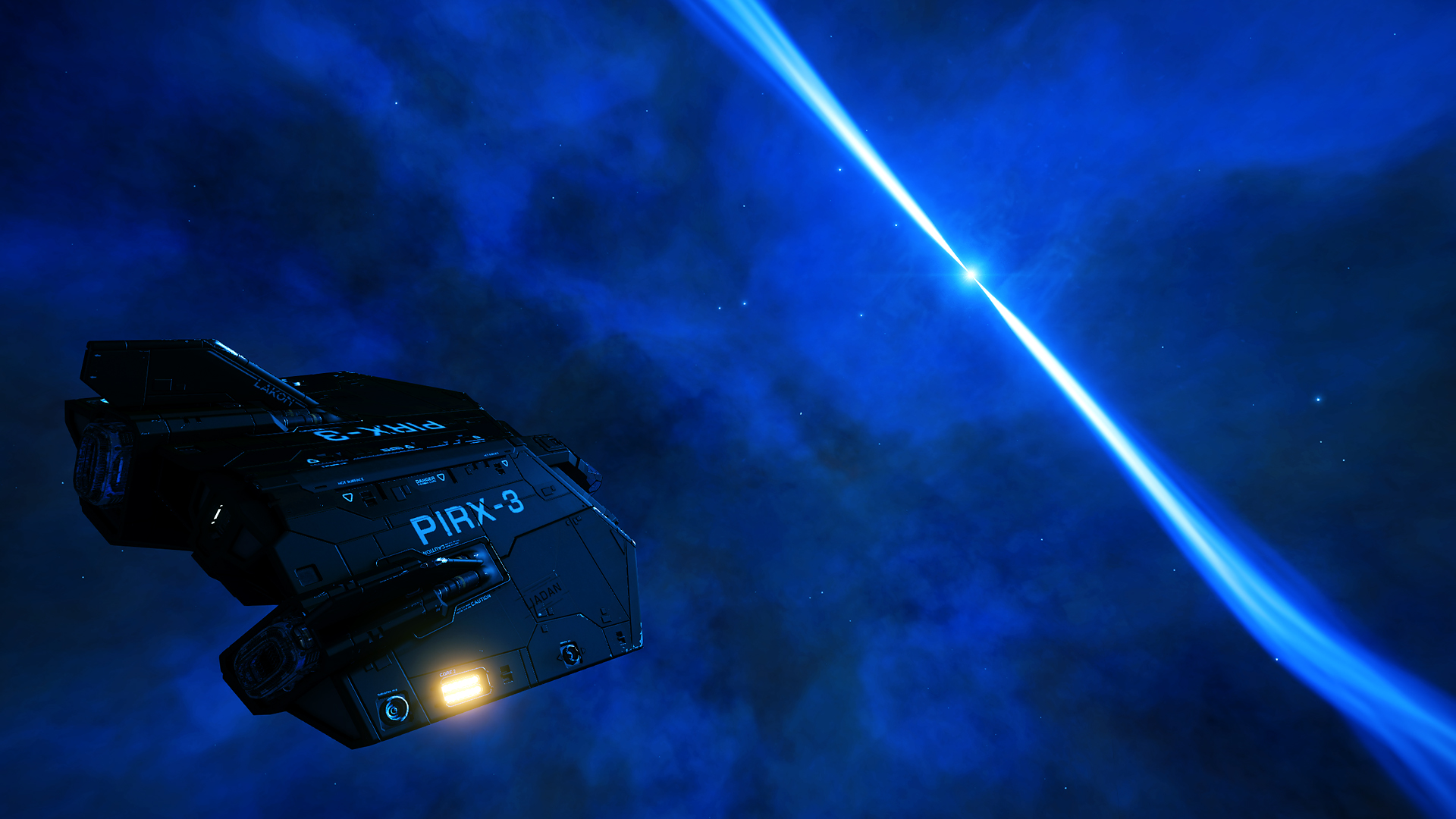 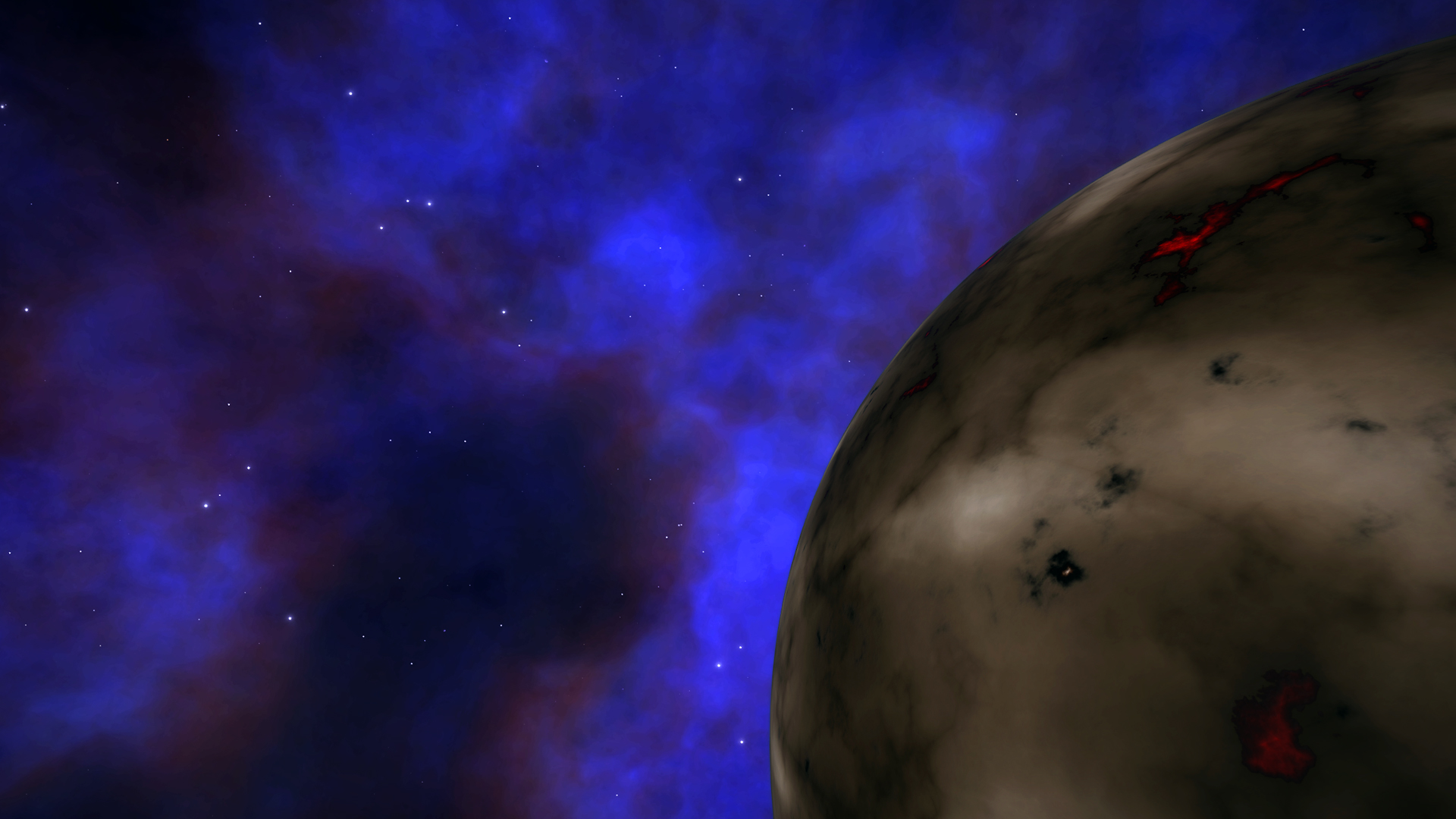 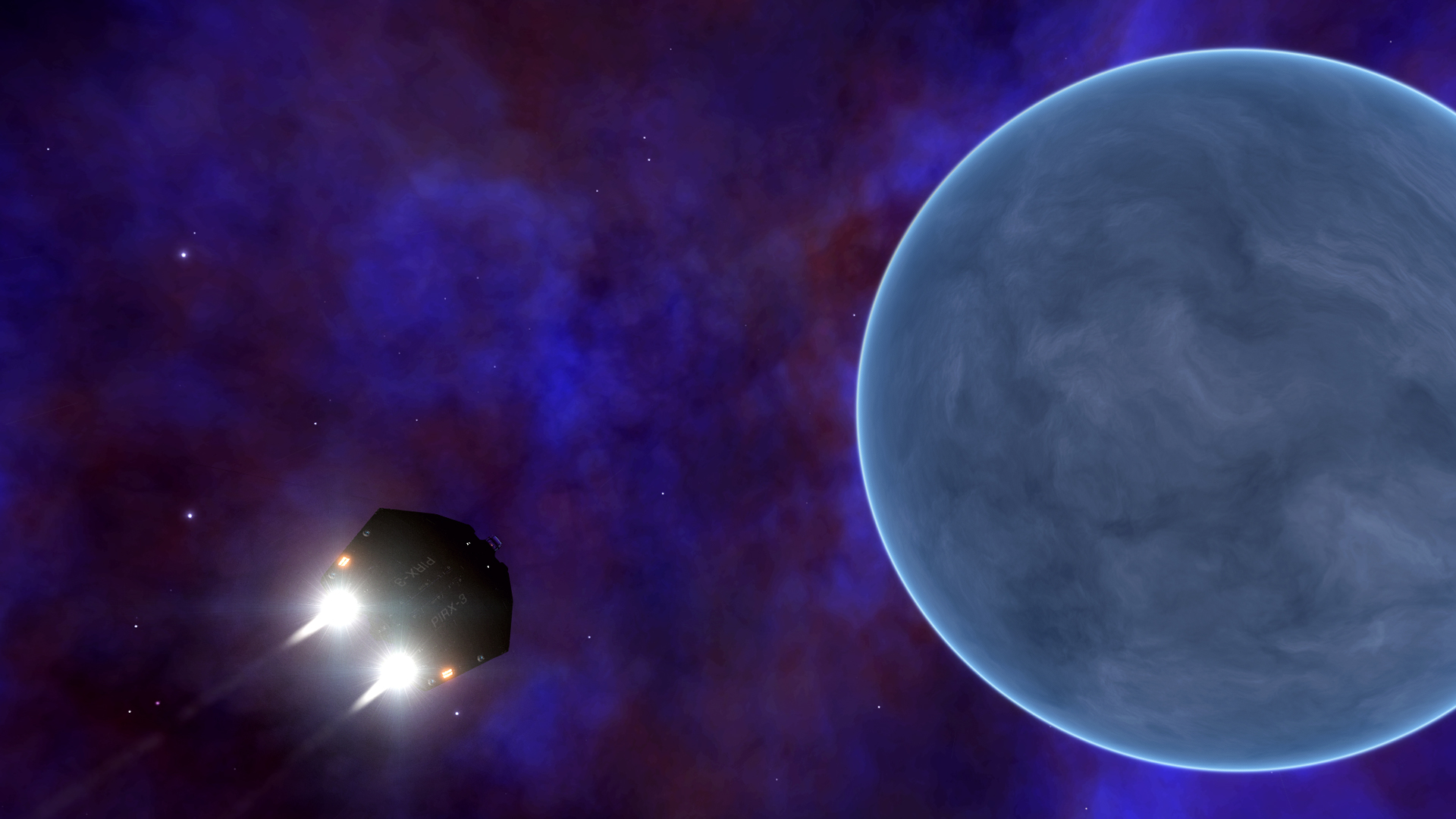 Played with the focus function of the camera suite:

Have a safe flight!

I left again, this time without method/plan/system. At random into the Somewhere. In search of the remaining possibilities, which this universe still offers for me ... ( to answer the question about the still existing perspective for generating motivation and fun for me personally ...)

Some of the things that can be found along the way should be briefly noted here in words and pictures. 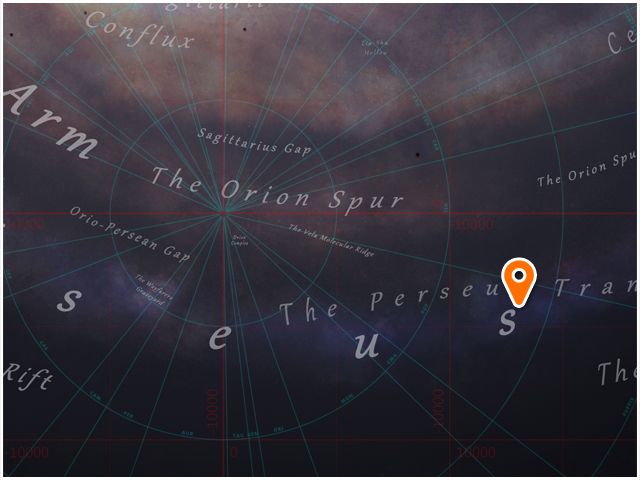 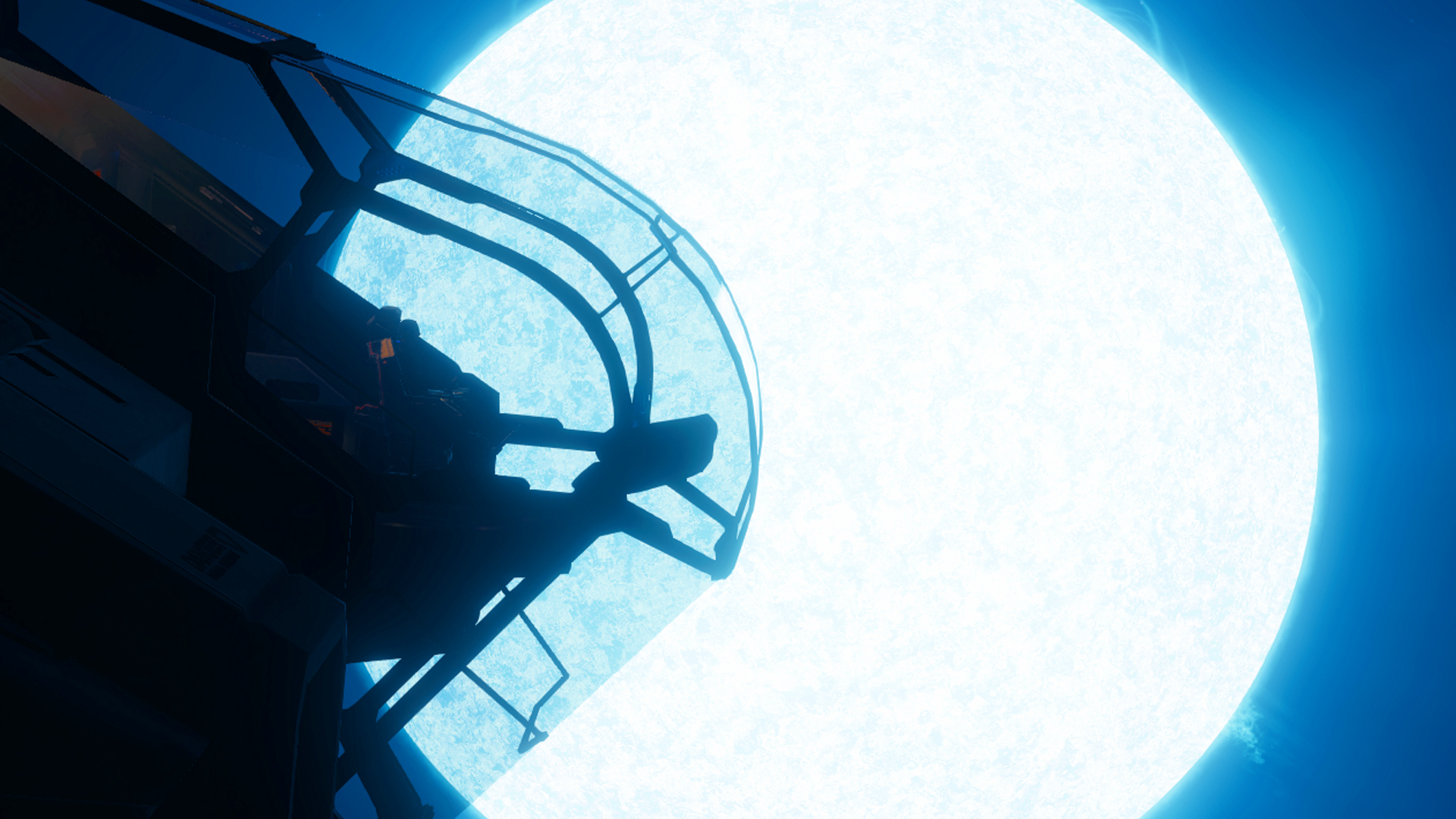 Binary moons - The radius of the larger one is larger than the large semi-axis of its orbit around its smaller brother: 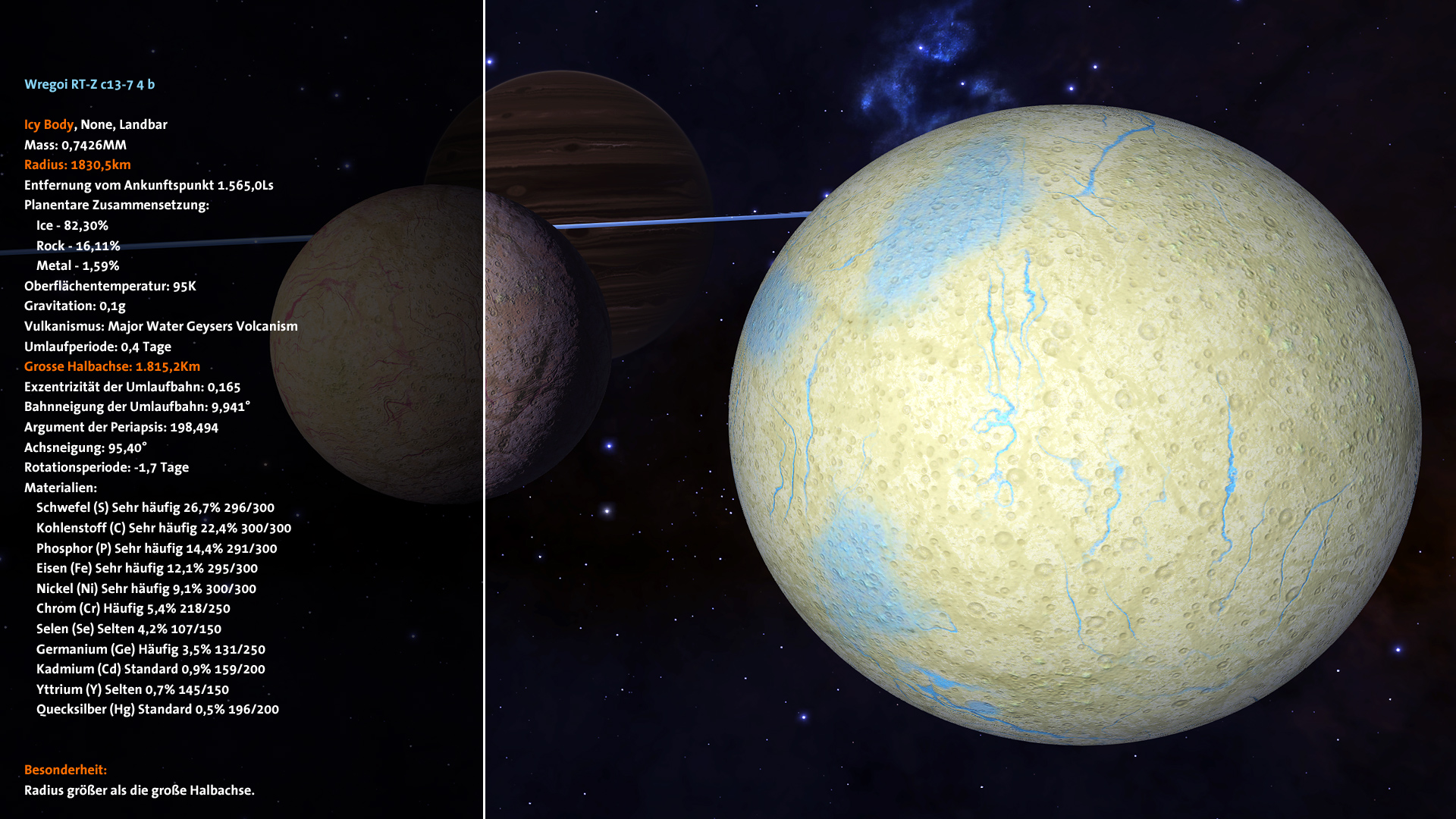 The same case in another system - as a consequence of this actually impossible celestial mechanics, the respective sibling moon stands impressively in the firmament: 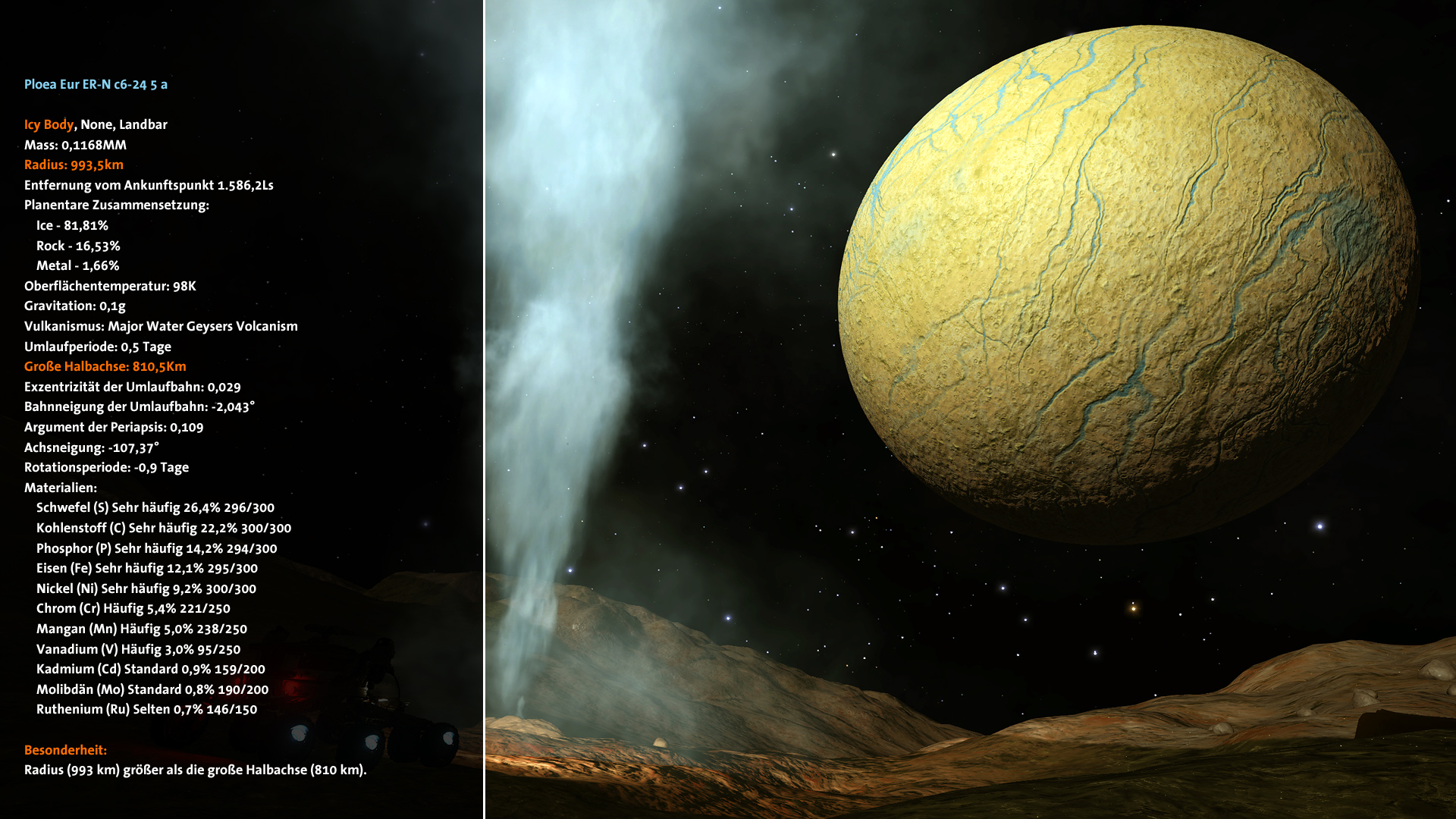 A gas giant with a very fast rotation period: 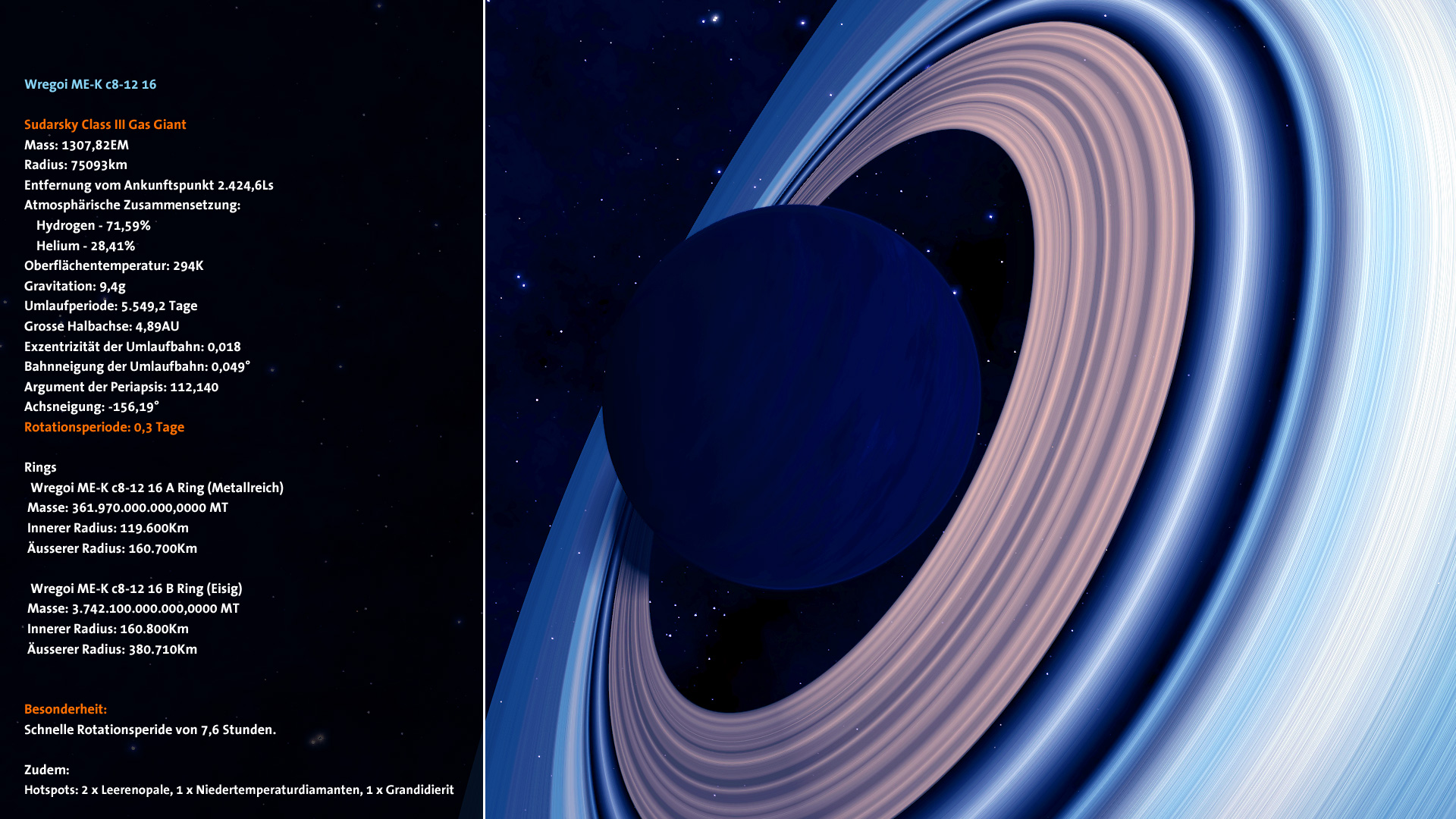 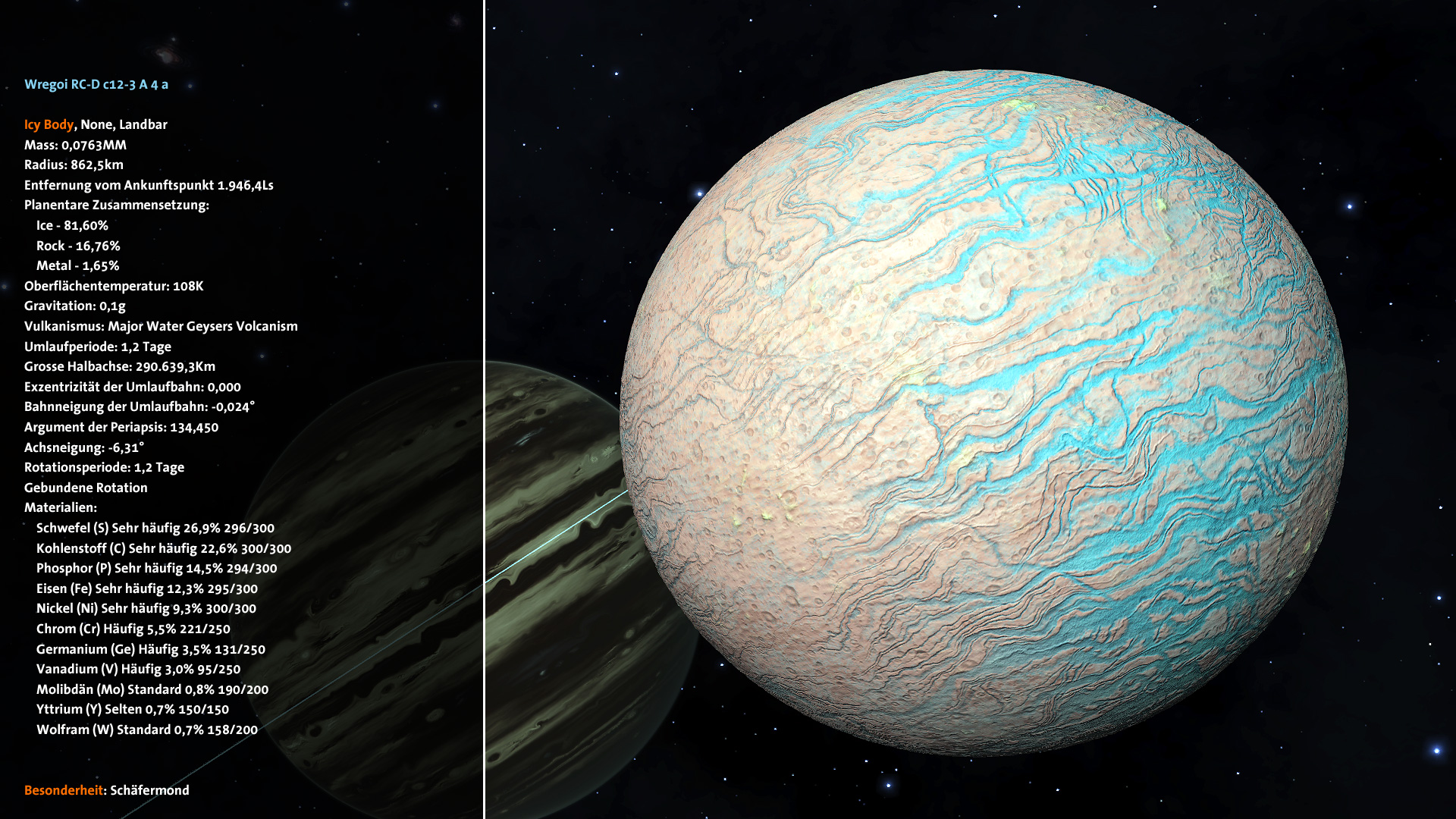 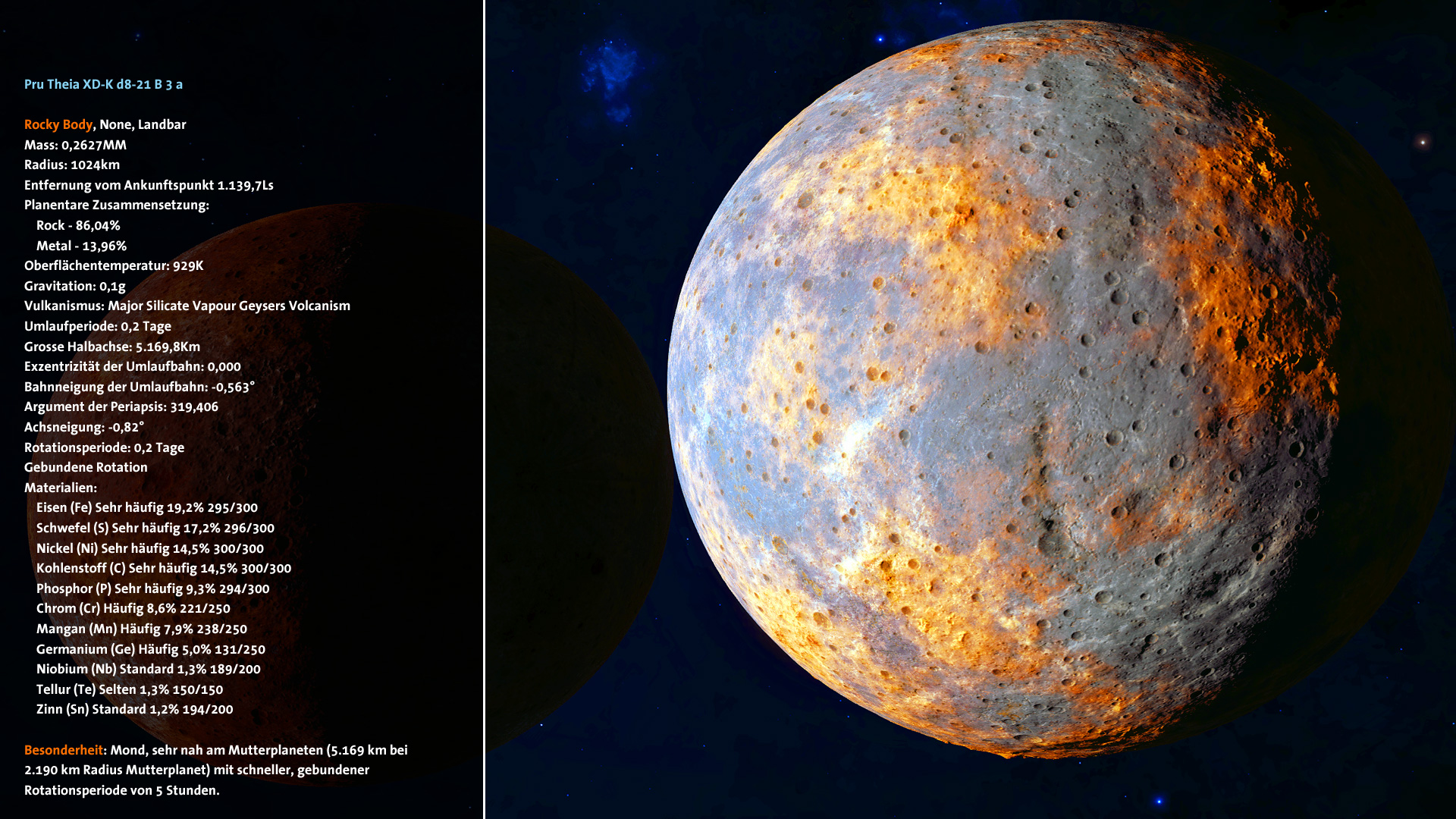 Ice moon, very close to the ring of its mother planet: 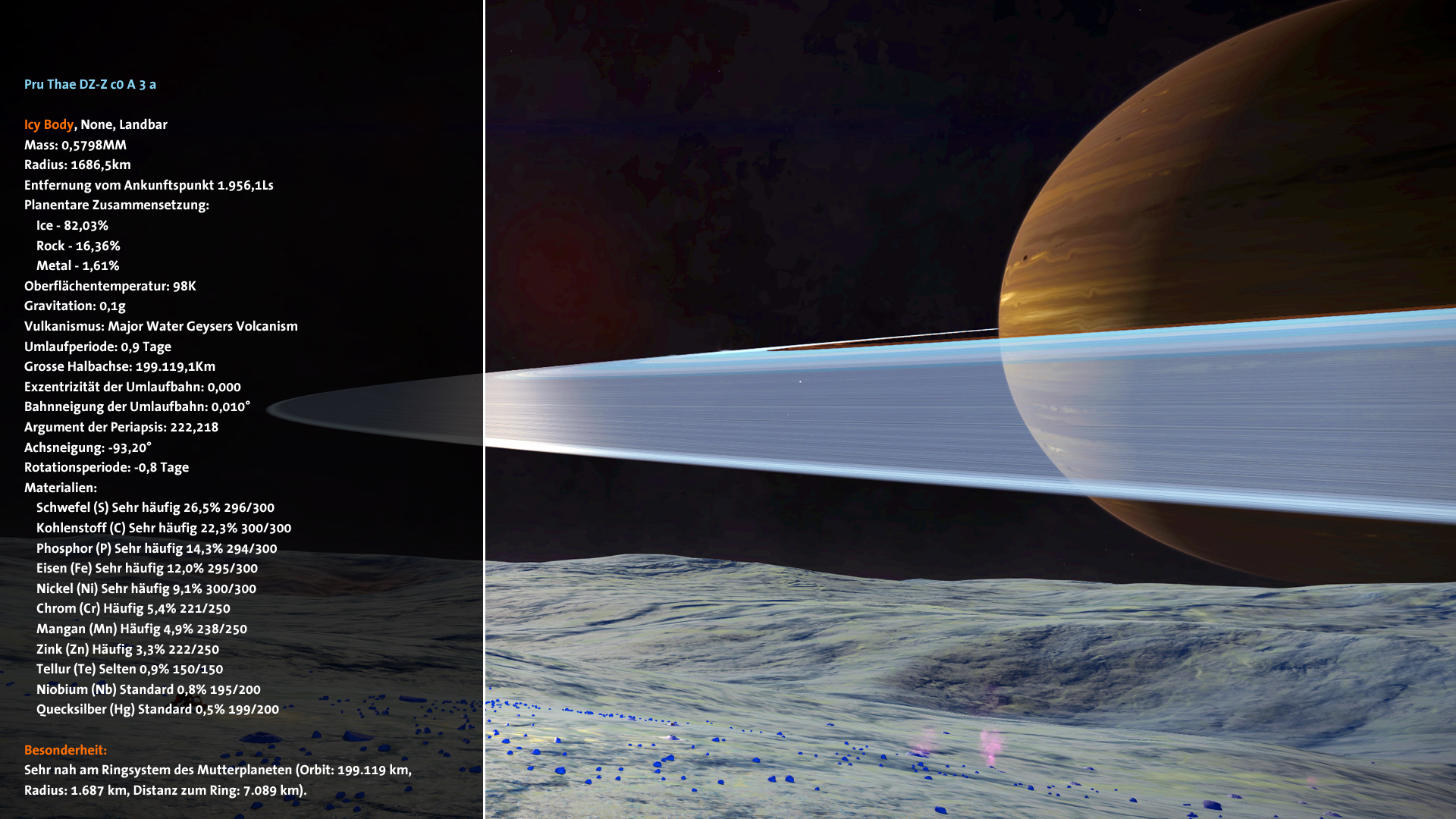 Class I gas giant with a wide ring system and a total of four shepherd moons: 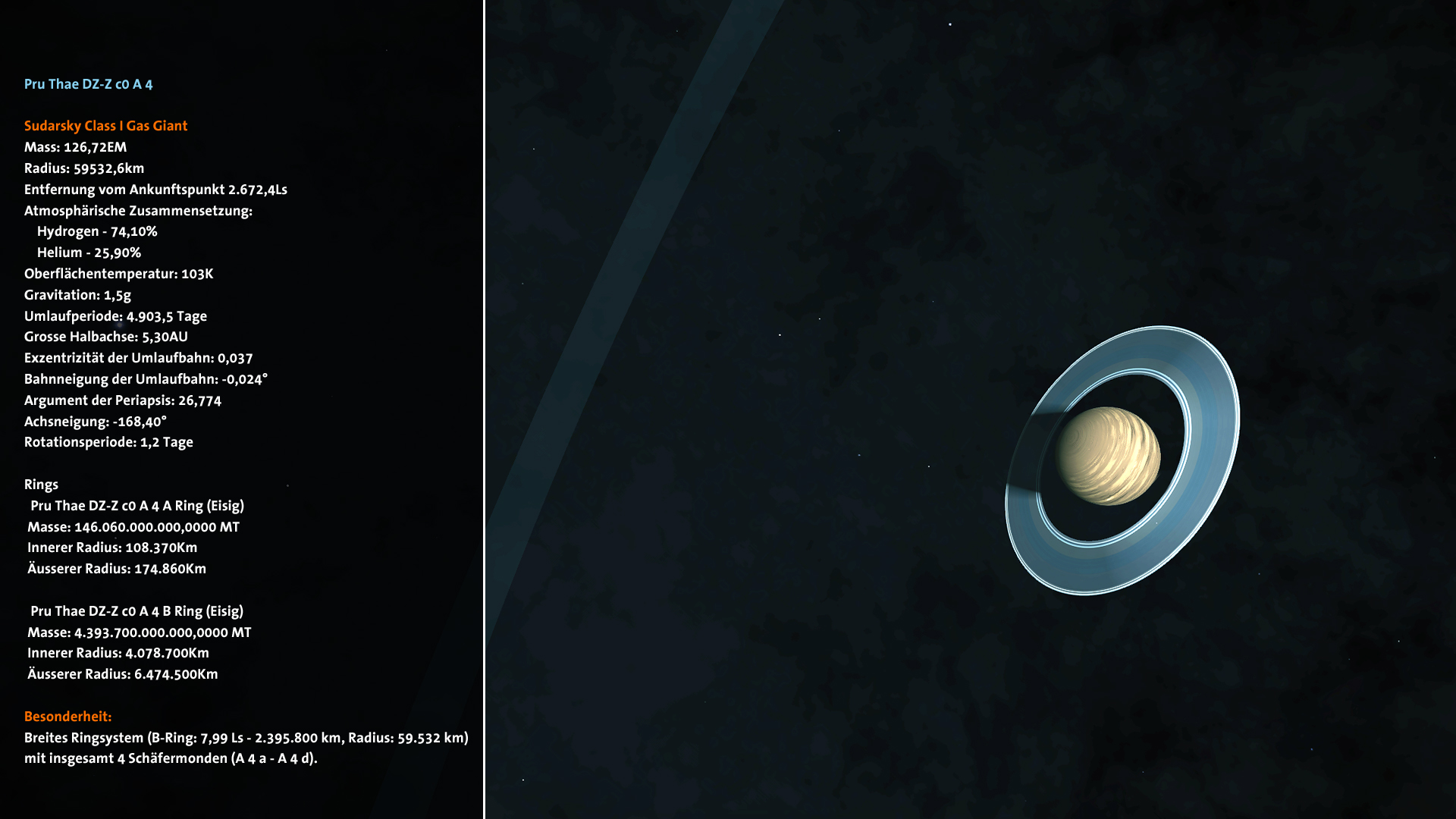 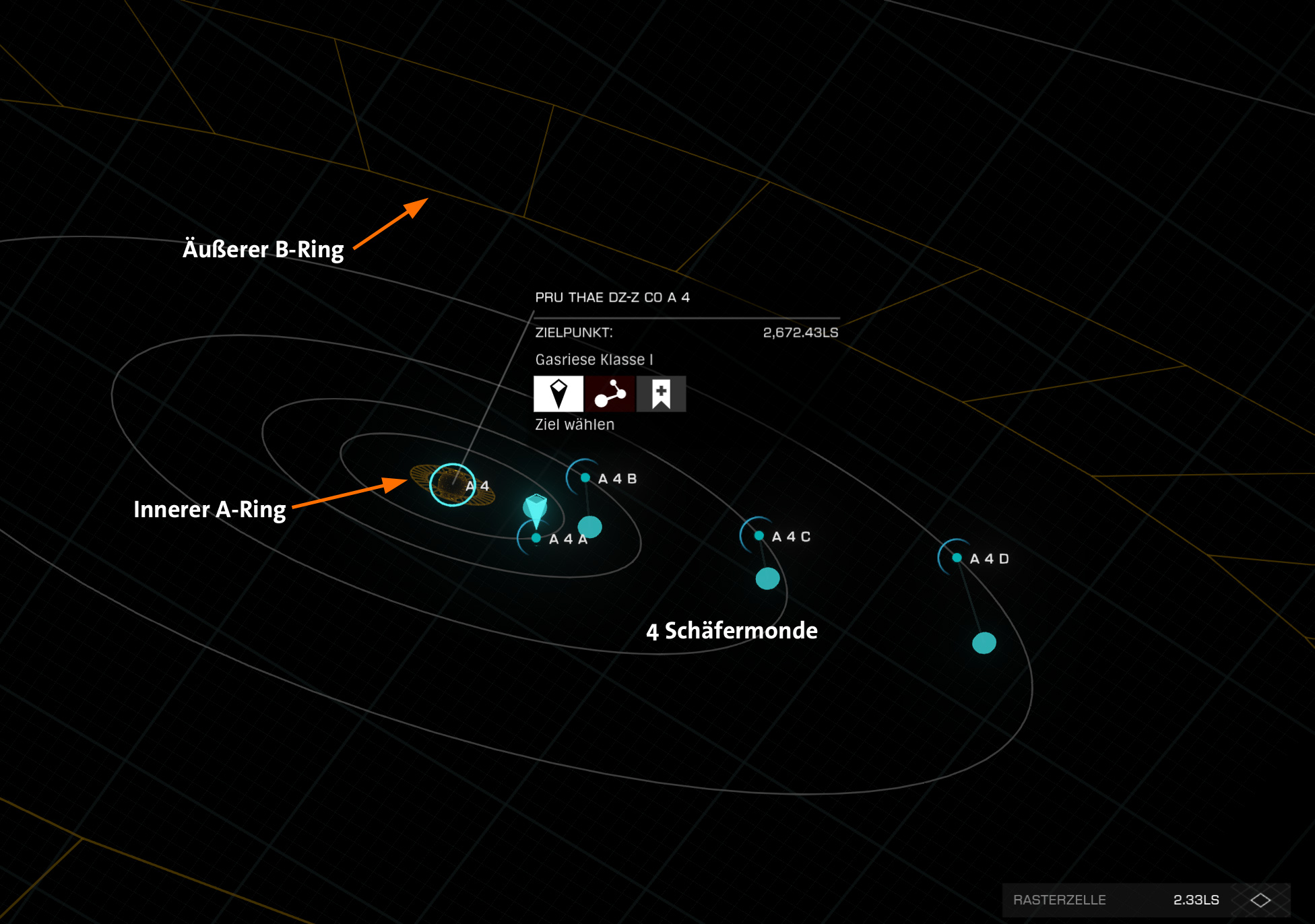 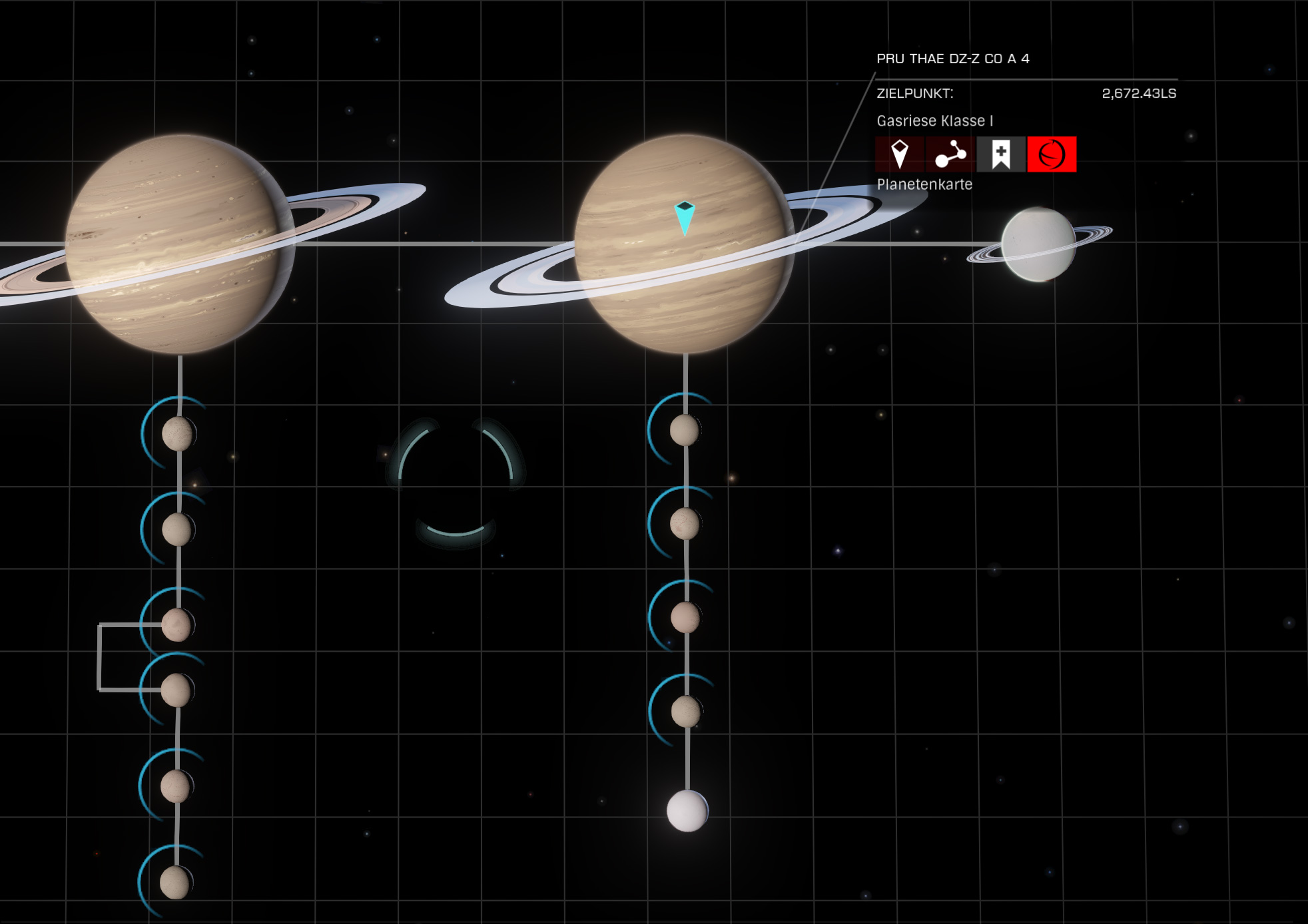 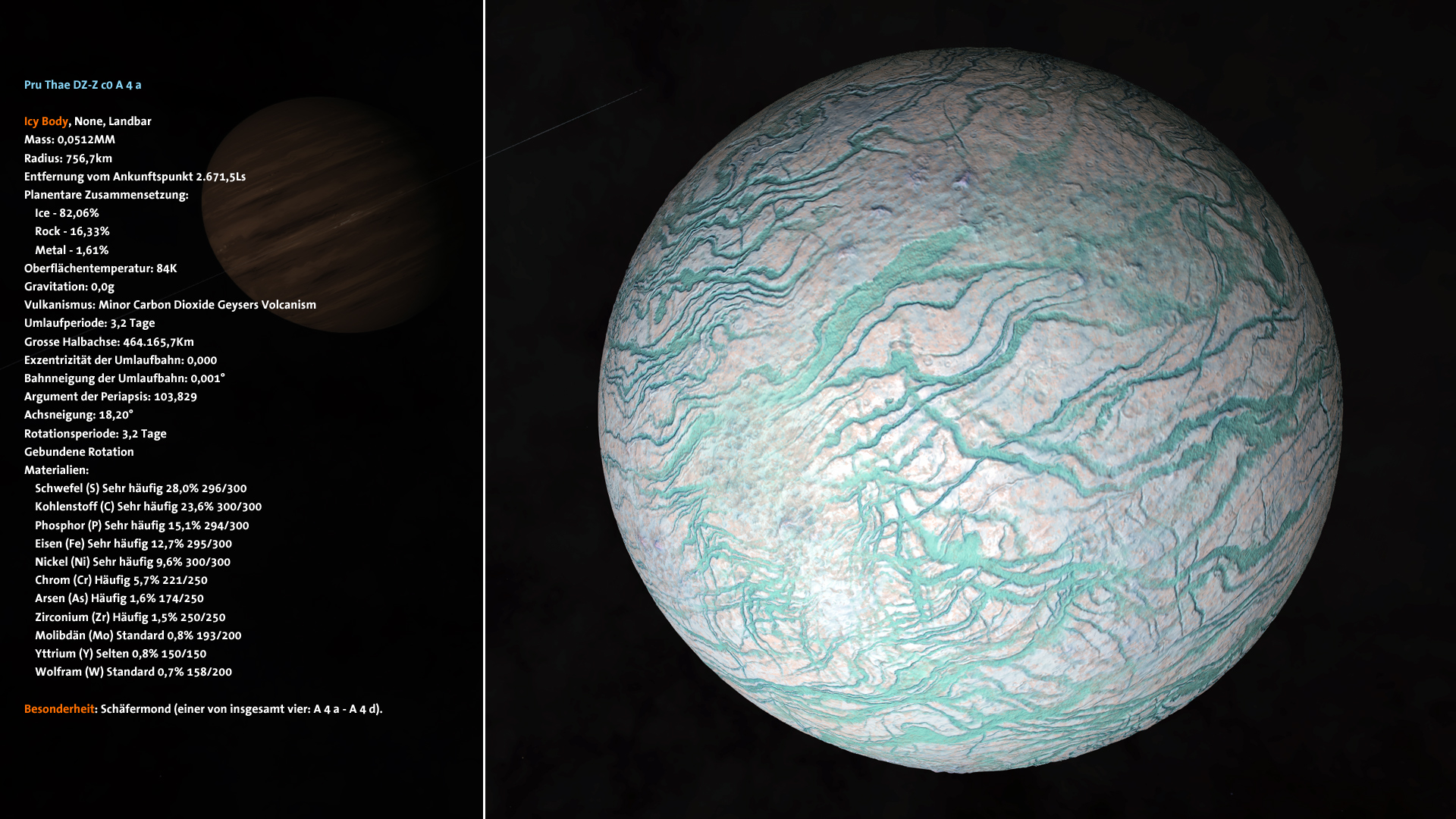 So far undiscovered blue-white supergiant with 51 solar radii. Over 32,000 Lj from the galactic center, something special. 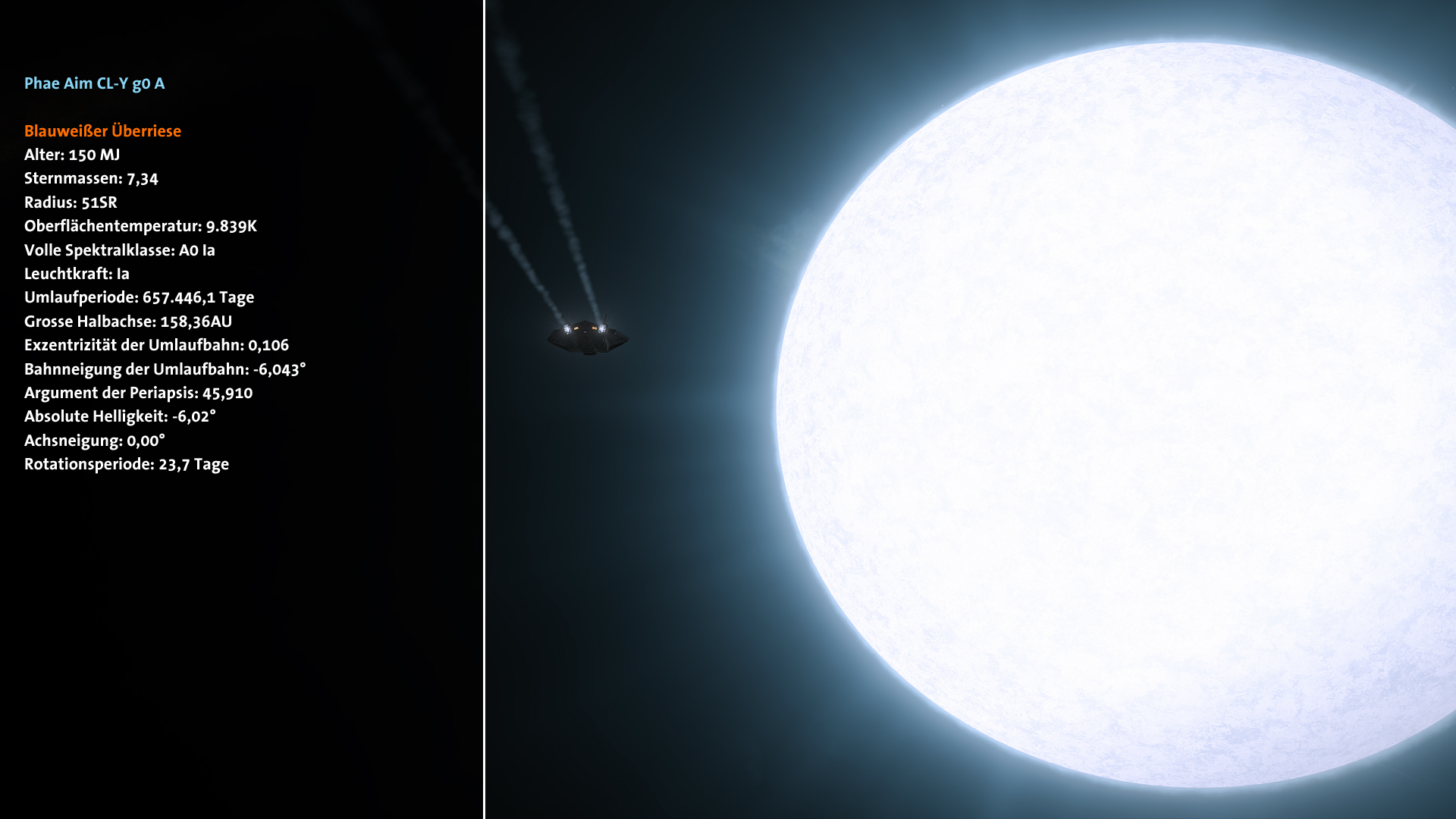 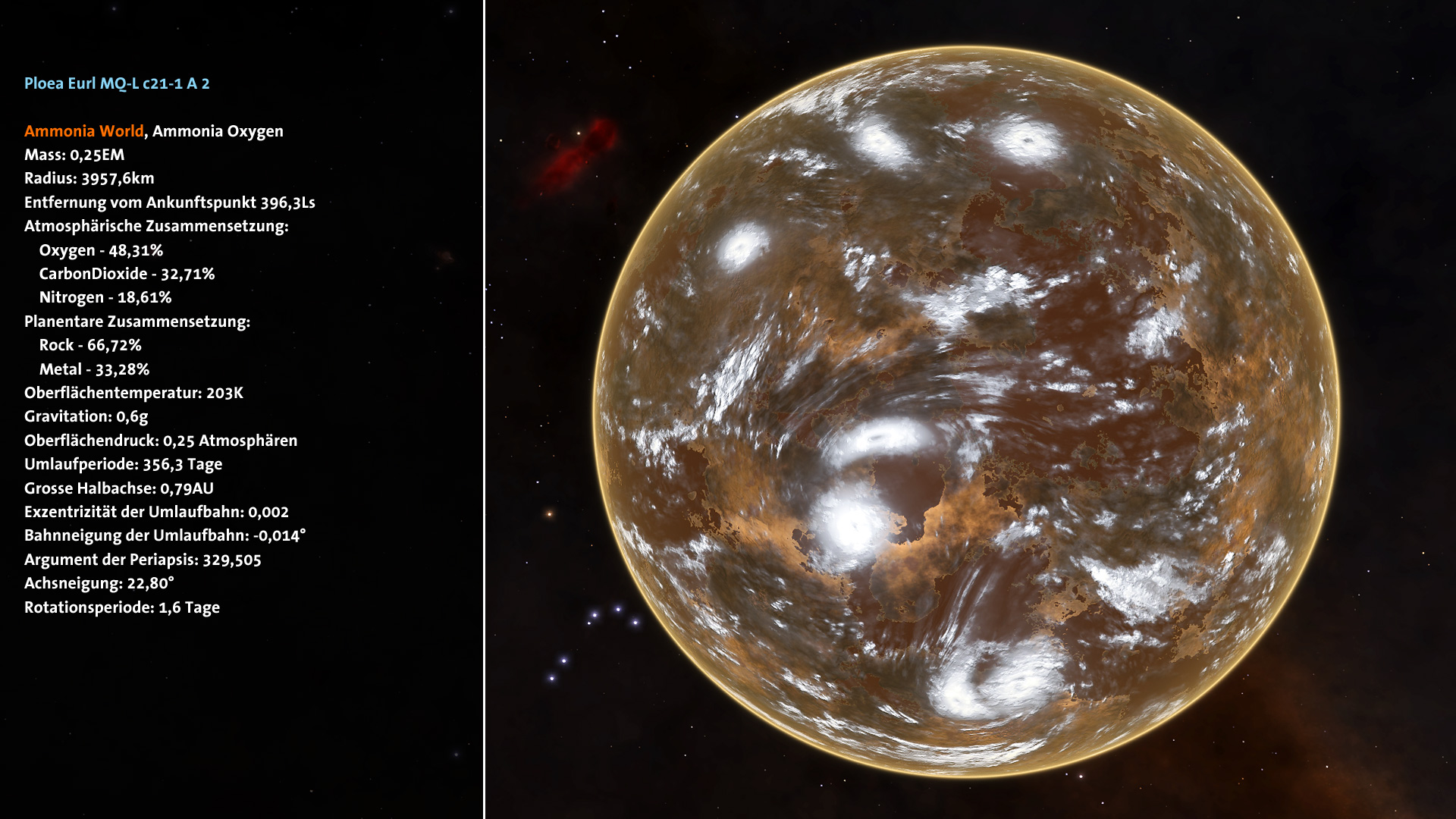 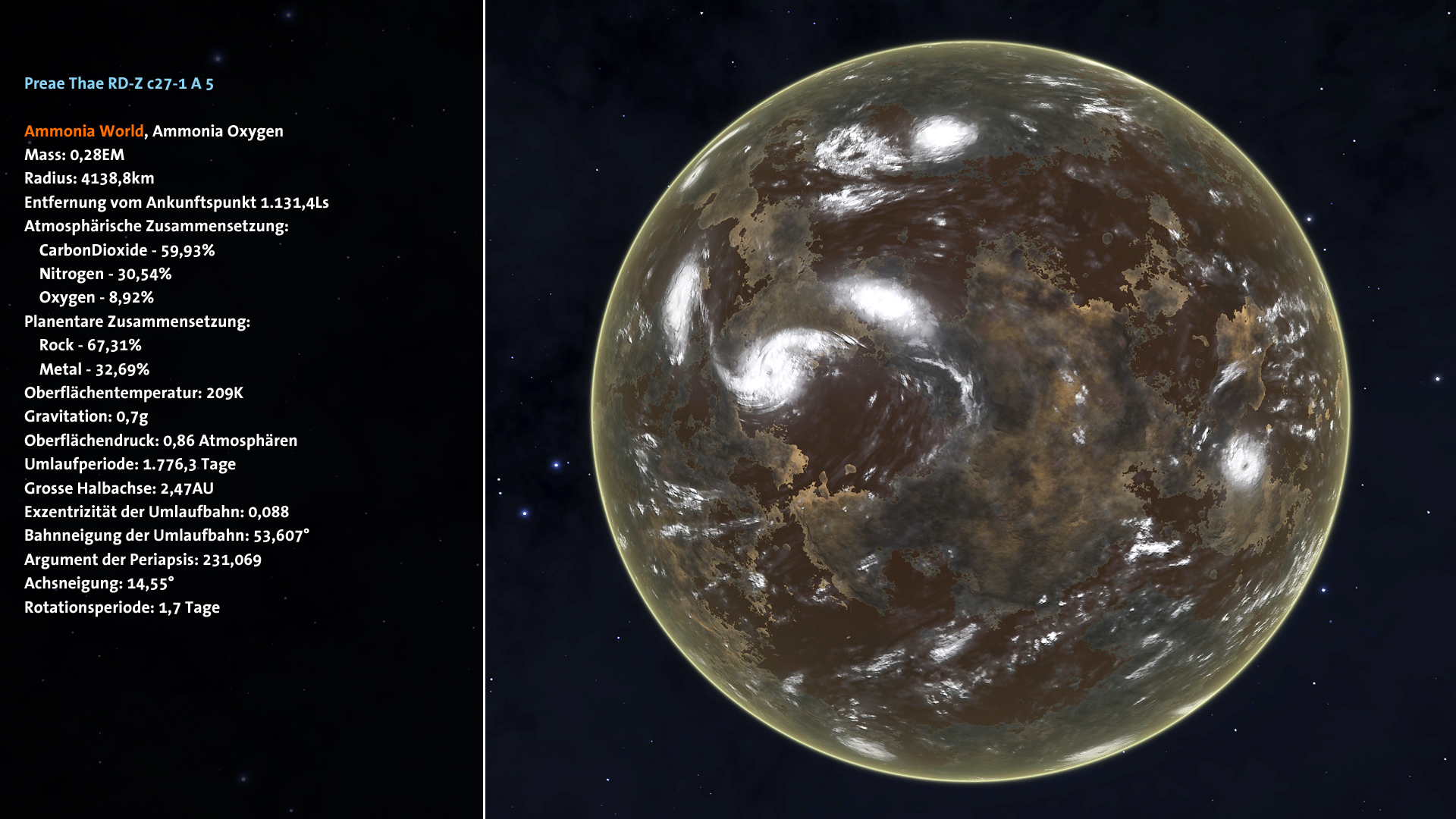 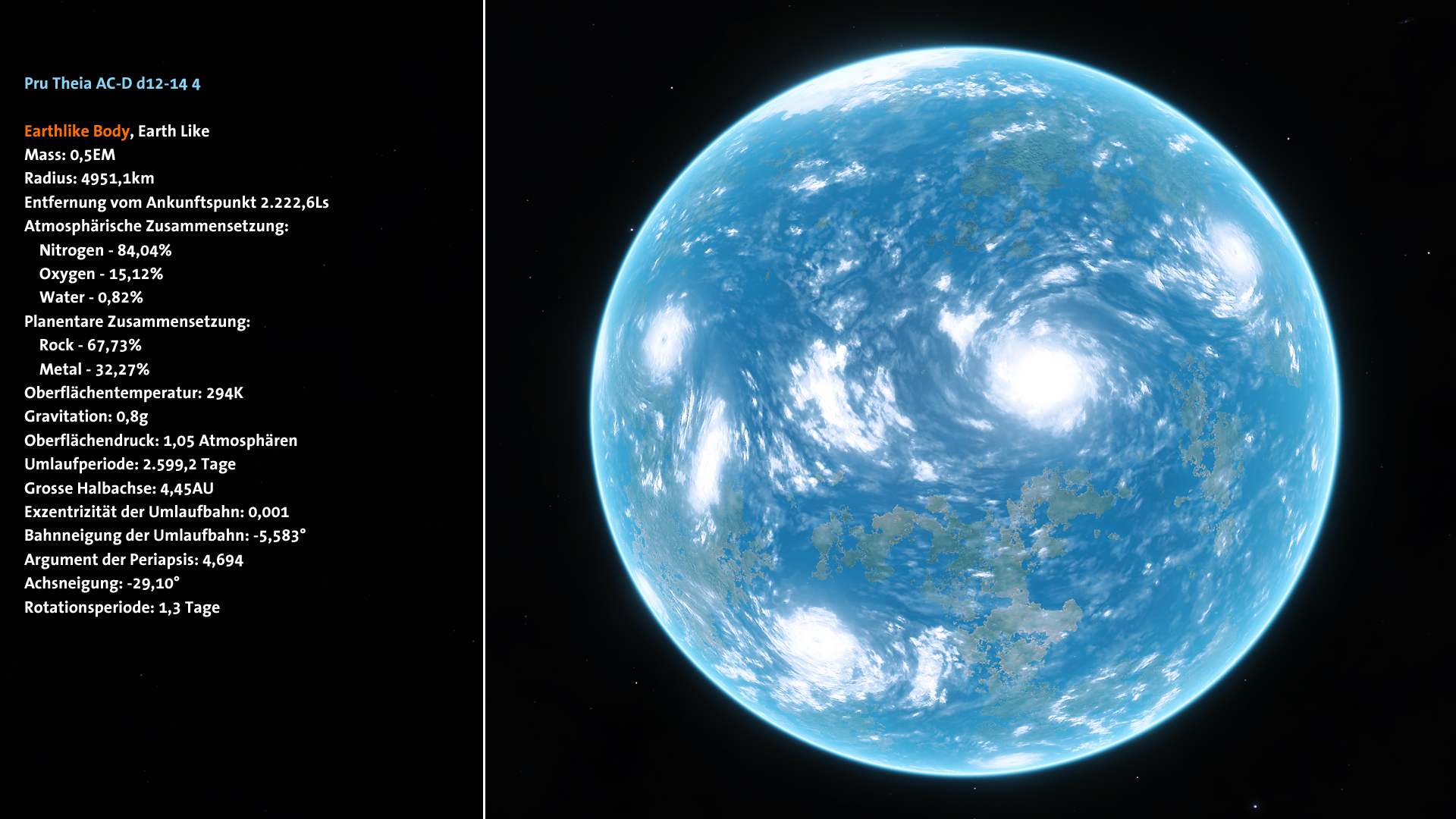 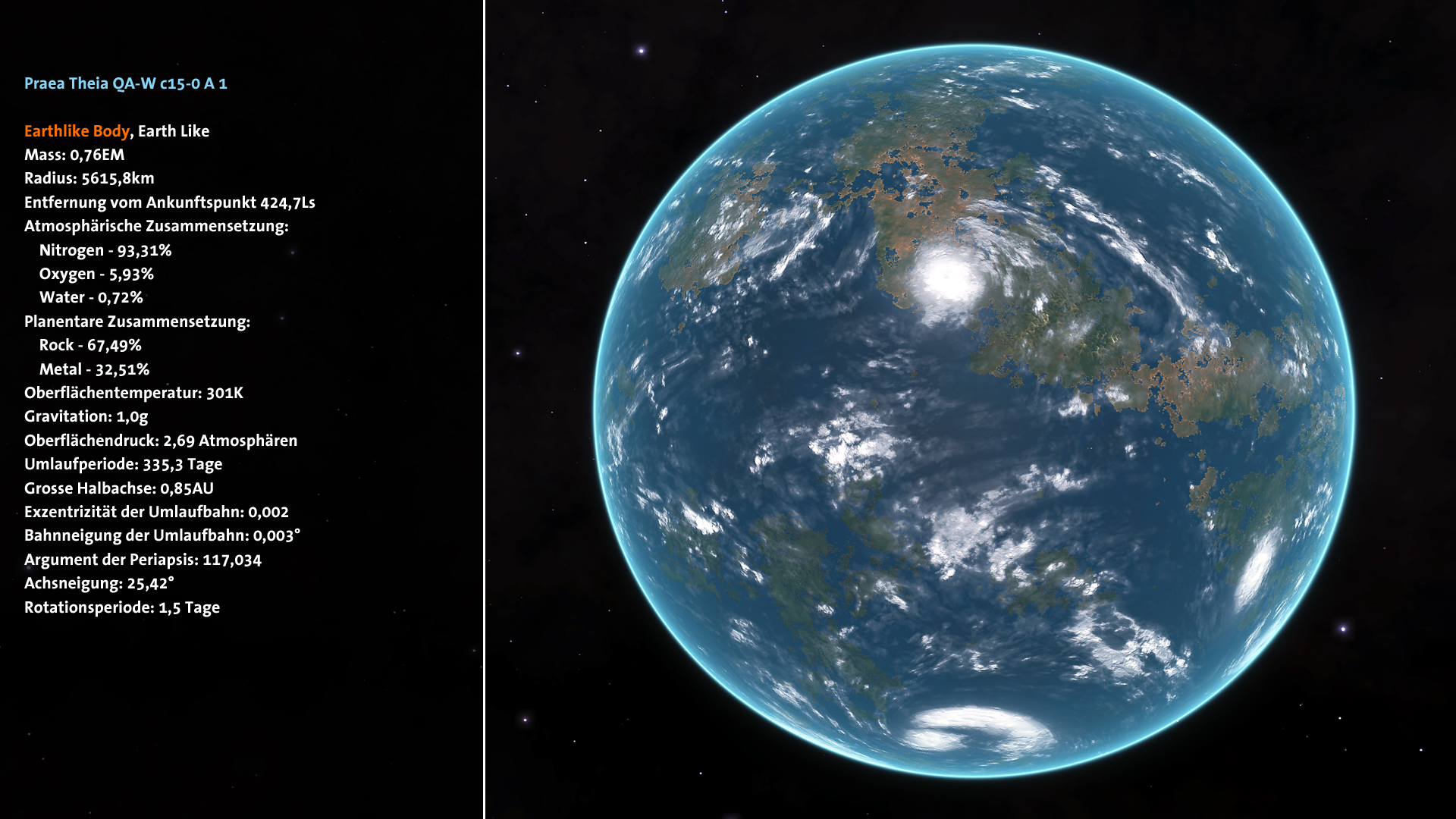 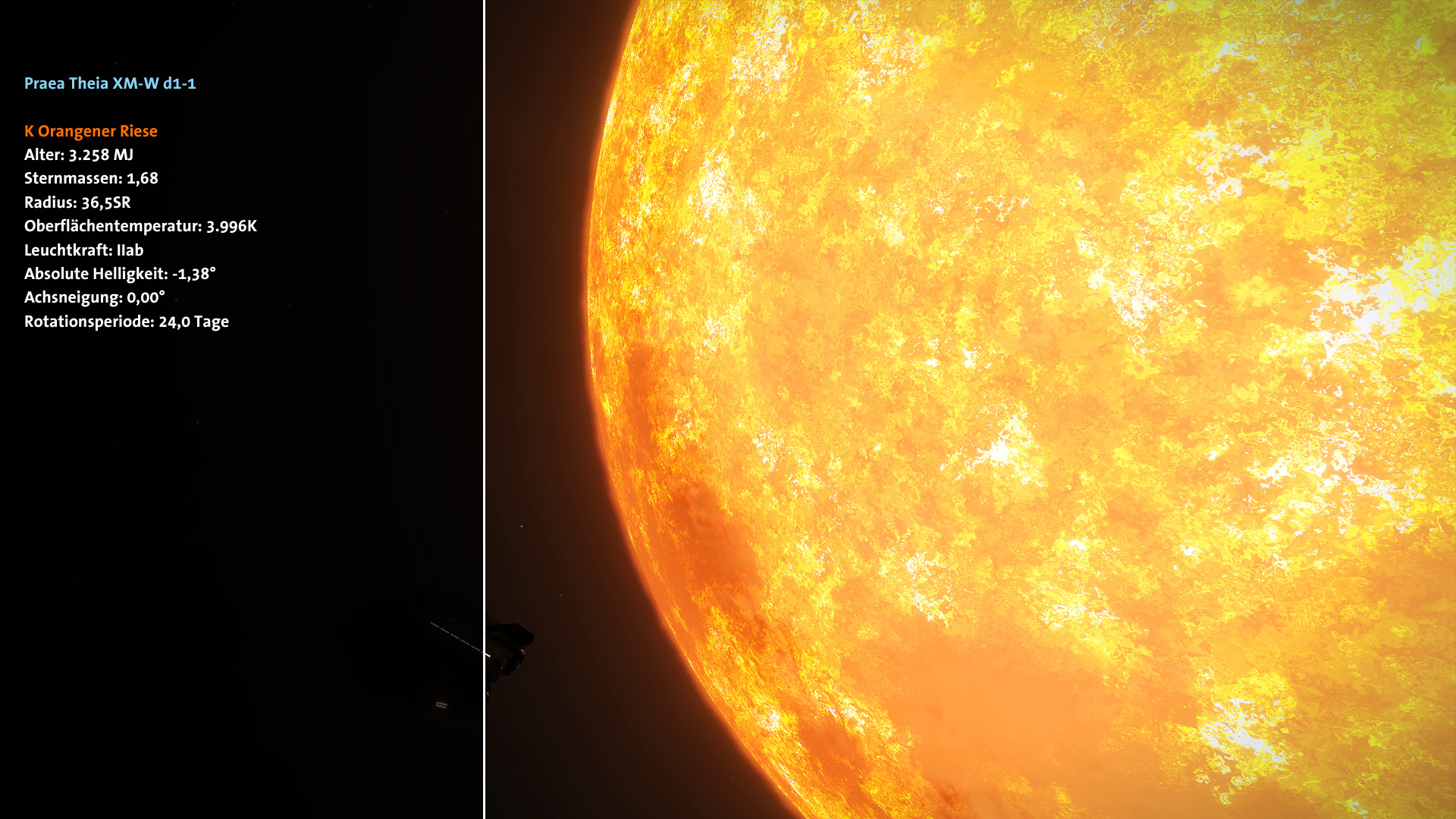 Have a safe flight!