This system was visited for the first time on EDSM by Chankk Saotome.

It was named by the Galactic Mapping Project with the name of: Planet of Slightly Lesser Death

Like the infamous Monde de la Morte (Spoihaae XE-X D2-9), this system consists of a planet which orbits perpendicular to the core white dwarf's jet cones close enough to pass through them at either end. While not passing as near as the exclusion zone unlike its eponym, the cones themselves still create a severe hazard for landing which should not be attempted while the planet is inside the jets themselves.

Discovered during preparation week for the Distant Worlds 2 Expedition the system's general proximity to the bubble proved to be a decent journey and risk experimentation with spectacular views down the cone of a white dwarf for early explorers and veterans alike. 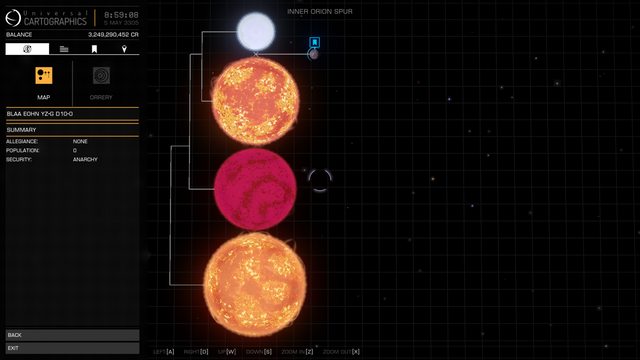 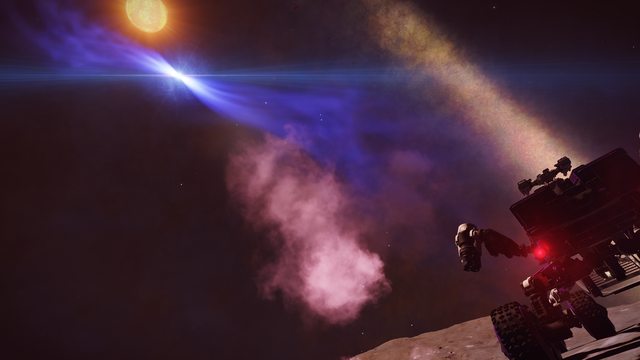