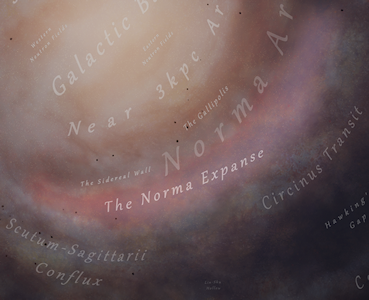 South and east of the galactic core, between the Scutum-Centaurus and Norma spiral arms, lies the Norma Expanse. Originating at the seperation of the two arms, the expanse continues for another 25.000 LY in a quarter circle around the galactic core regions.

Due to its close proximity to the galactic core, this inter-arm region has great variety in star types and a high star density compared to other regions situated between galactic spiral arms.