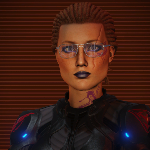 Yeah... no. I'm not going to lie, I'm done. I realized it sleeping in the hotel at Jacque's. 22,000 LY, FSS and mapping everything along the way back was just too much. It was a monster of a grind getting to Colonia and I'm exhausted. I considered farting around in Colonia a bit, see if I could rest up and be ready to head back, but no, I'm done. Really, the Ghostrider is perfectly set up to do exactly one thing, explore. Even if I wanted to try and make her do something else she's too stripped down to feel comfortable in combat or really anything else so one day I'll be back with the Peach Krait.

So right now I'm SHJ'ing my way back to the bubble, scoop, honk, and jump. I'm not exploring, I'll never claim I'm exploring right now. This is just moving from point A to B.

So, for the sake of cataloging it, here's the path I've taken so far in green, with the plan for the rest of the trip in yellow: 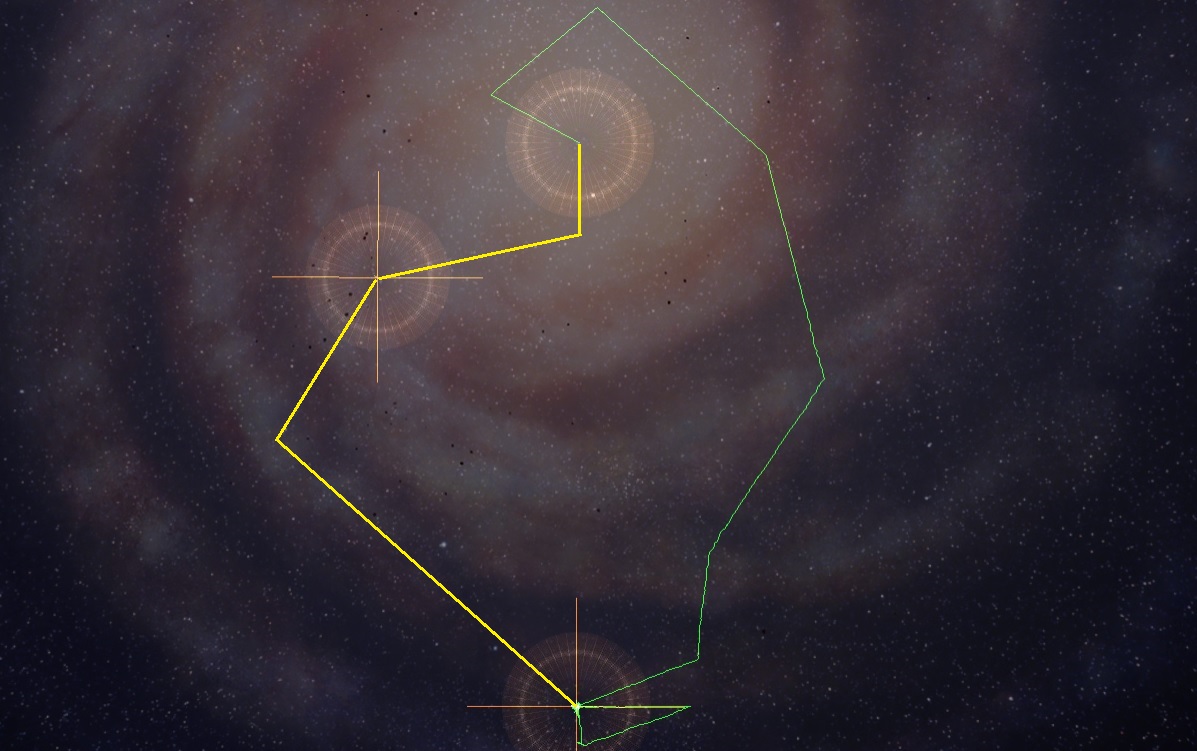 By my calculation the return trip is going to be right about 40k LY. The benefit of that is right in the middle of it, sort of, will be a stop in Colonia. This trip so far has been about two weeks. If I keep up my current pace it'll take about ten days to finish this out. Right now I FSS every system and map the ELW, WW, AW, and anything terraformable. I can get home faster if I stop doing a full FSS and only do one if there's something really interesting and map the result. That said, it's not that lucrative or helpful to Cartographics if all I'm doing is honking most systems and moving on. We'll have to see how I feel after Colonia. I do have dual AFMU's and could neutron jump my way back in a hurry.

I'm not going to lie, I've got things I want to do in the bubble and the constant jumps are getting repetitive. I do wonder how those guys who spends months straight out in the black do it.

I made it, I'm docked at Explorer's Anchorage. I need to run the numbers but I think I've traveled right about 40,000ish lightyears to get here. I'm treating the Ghostrider to a quick overhaul of her powerplant and tweak of her systems. She's earned them. That said, she's looking pretty rough. Dockworkers informed me she's got more primer showing than paint... but I'm not letting them touch her. 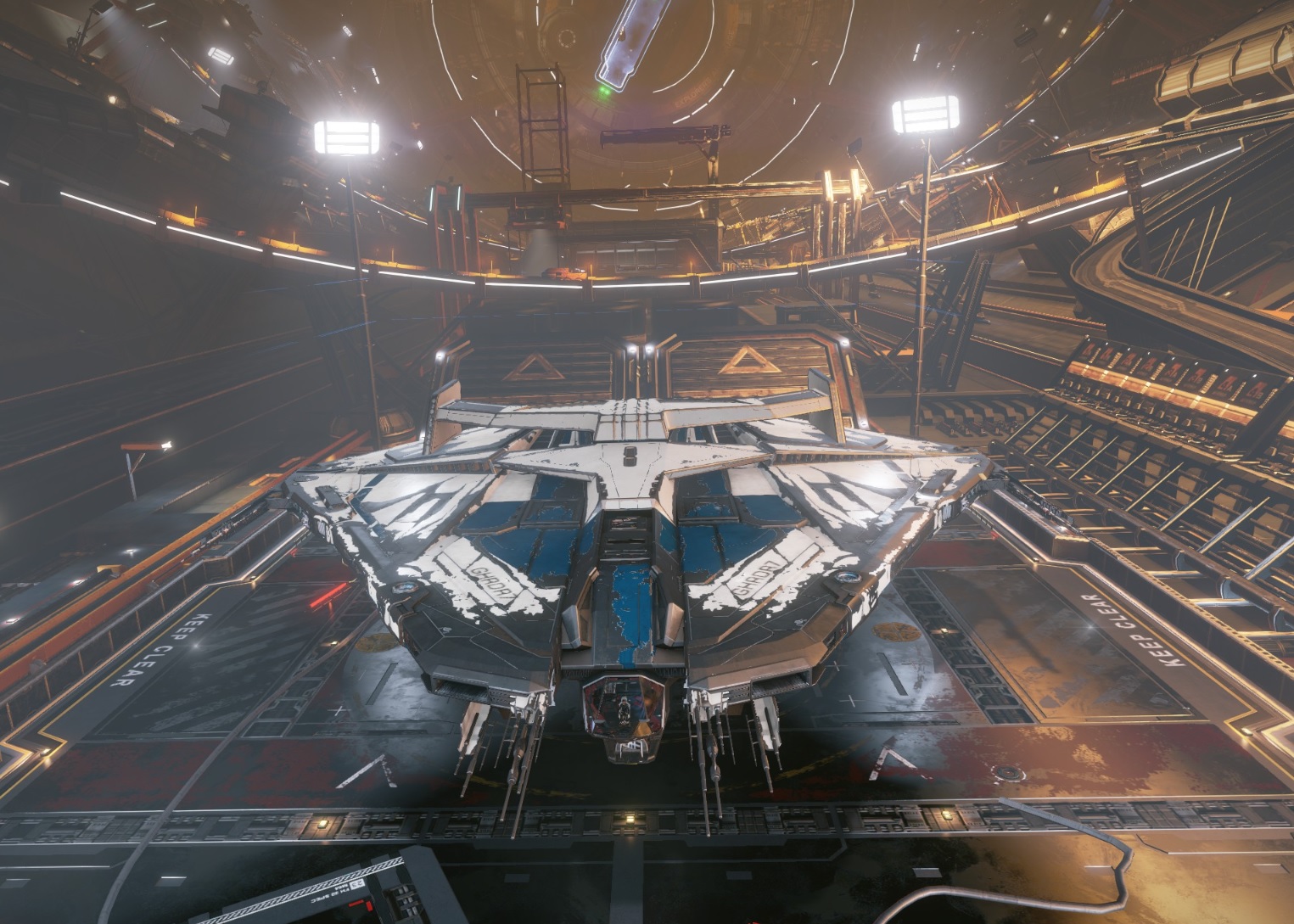 Actually just ran the numbers retracing the route in the Nav computer, 53,181LY. Right around 1,000 jumps to get here. Talk about taking the long way, that's about twice as far as a direct line from the bubble.

4.3 Million solar masses, it's just a number. I knew all about Sagittarius A* before I got here, read all the info on it, and none of it prepares you to sit in front of it, to stare into the end of everything.

I don't want to wax poetic or wordy but there's no clinical way to describe staring into the event horizon of a supermassive black hole. I've seen black holes before but this... this holds the entire galaxy in its sway. I could almost feel it pulling me out of my chair, staring at it long enough and you start to feel like you're falling in. It's strange really. It's humbling, terrifying, awe inspiring, and horrifying all at the same time. As much as I am happy to have made it and took the time to admire it when I set the nav comp for Explorer's Anchorage and dropped into witchspace there was a sense of relief. 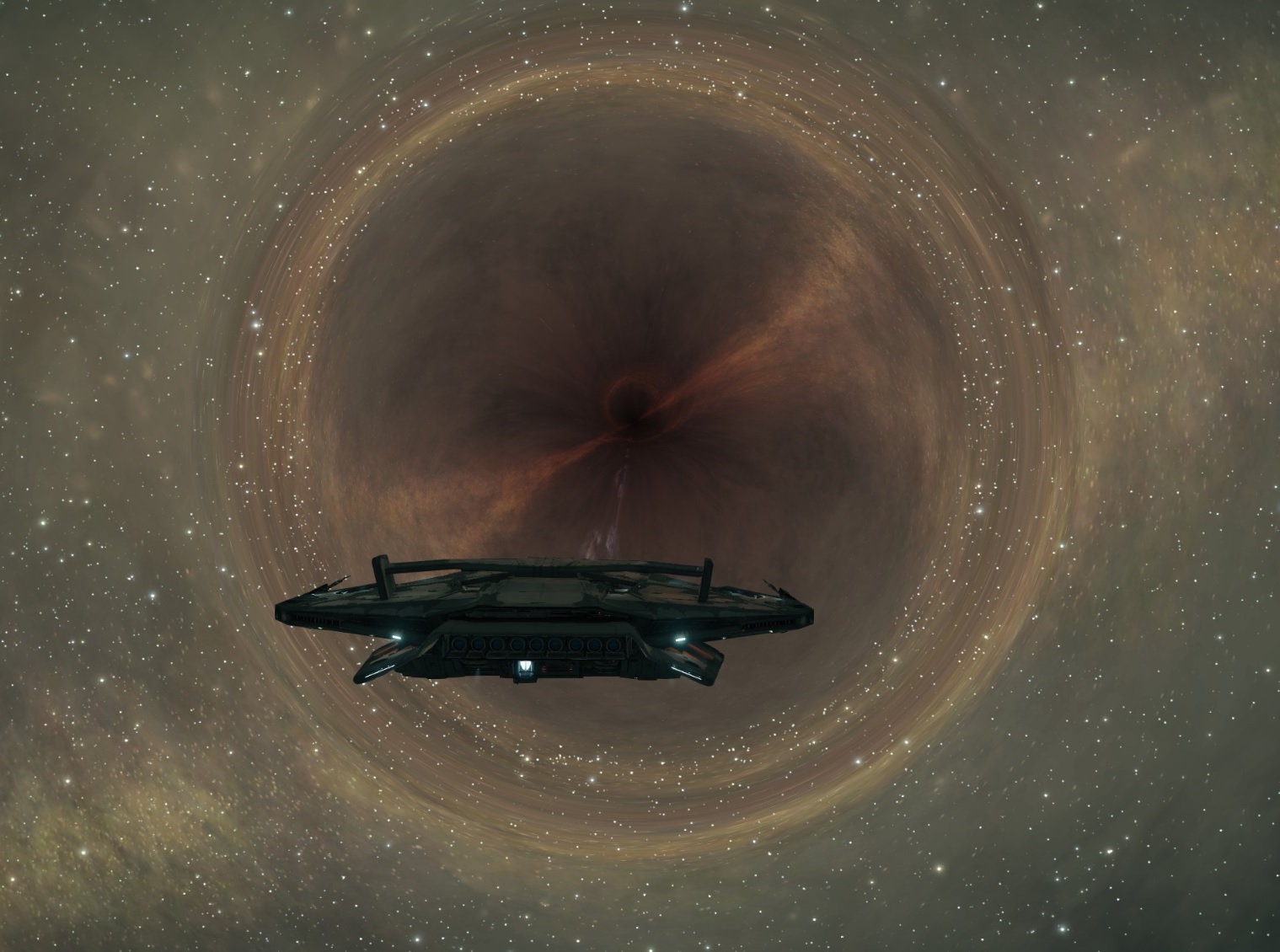 That's how far I am from Sol out here at Hypio Bluae YJ-Y d1-2098. This is as far from Sol as I'm going to get, so far out that the light from Sol that's getting here is from before humans had even started to live in cities, and I'm sitting here in my own personal space ship.

Time to head back in, sort of. Honestly, feels good, to be turning back toward home. As much as I do enjoy the black I want to see bulkheads Falcon Delacy didn't build. Have some fresh sushi from Hiro's, and an honest to god bath.

I had almost started to lose hope I'd find one, but now I did. 30,000 Lightyears from home I found my second Earth Like World. I had to sit there and stare at it for a good long while. Beautiful place. Most excitingly, while it's on the other side of the core from Colonia, it's closer to Colonia than Colonia is to the bubble. Who knows, this one might get colonized sooner rather than later.

Popped one of the drone's out for a picture, and I just realized how rough the paint on the Ghostrider is looking after 30,000ly. I like it. 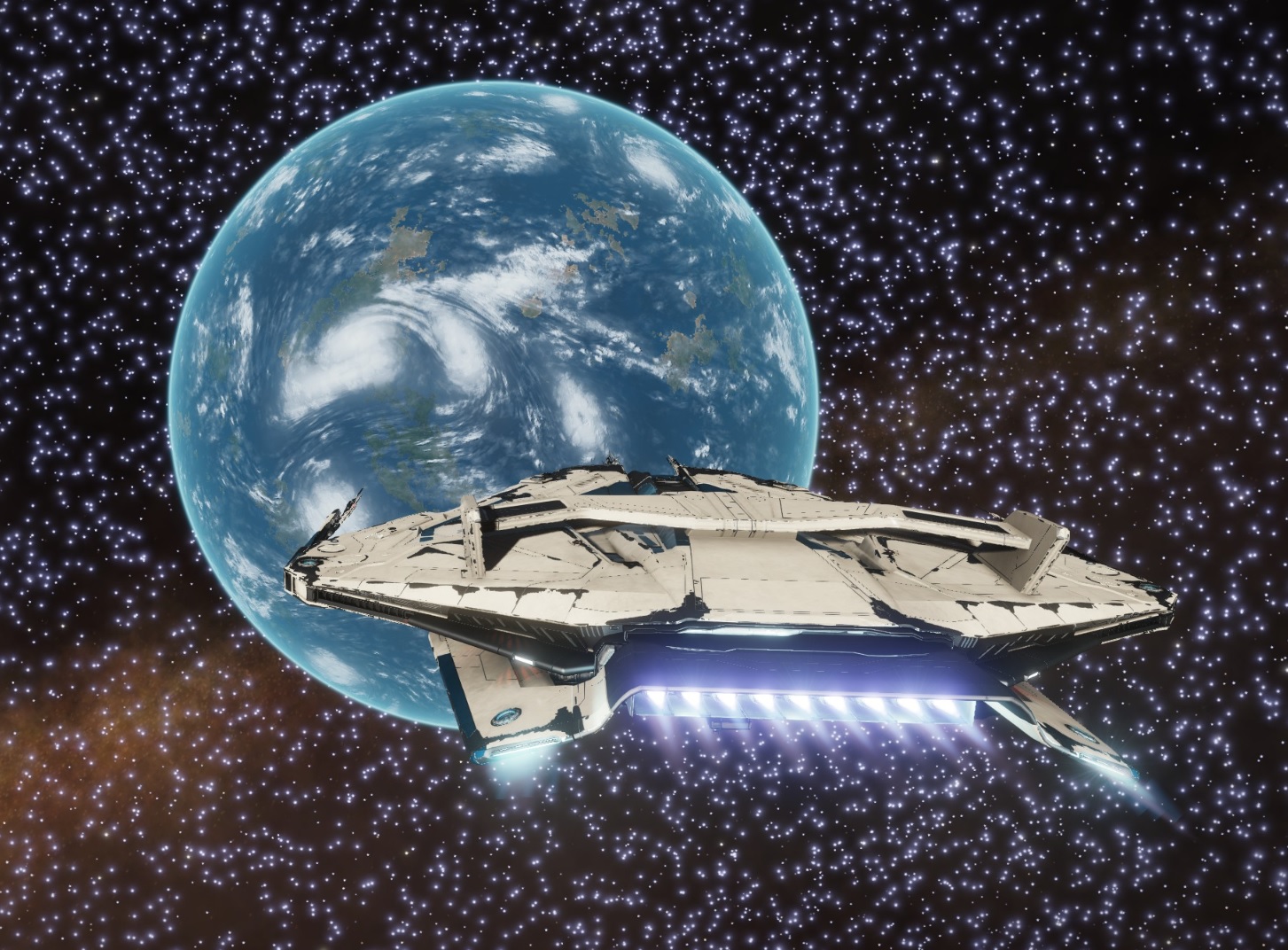 I'm getting close to the core. How can I tell? There's a mind blowingly huge number of stars out the canopy. Even looking away from the core it's denser than anything close to the bubble. Even pointed away from the main star I can easily read a book by core starlight alone. I have to admit, I'm starting to see the attraction of moving to Colonia, if the view is half this incredible there it would be worth it, maybe.

On the other hand, the density of the star field is making the FSS a pain to use. There needs to be a background filter on it.

Turns out I need to learn to read a map. The DSSA's map of carrier's is 2D. Once I plotted the route to the Drop it turns out it's waaaaay below the plane of the Galaxy, like 4 to 5,000ly below. That's more of a detour than I want to take even for new bulkheads, different coffee, and a power plant tune up. So instead I'm going to press on. There's another carrier farther around to the west of the core. I'll stop off there before going to Sag A*.

Heading back down into the plane of the galaxy, starting to see a lot more stars out the canopy, which is nice. The Ghostrider is running great, no real issues, but I've decided to add one of the DSSA carrier's to my trip. It's not exactly on the route I was planning, a couple hundred lightyears off it, but it seems a tad rude to be that close and not pay them a visit. So I'll be swinging by the Lemon Drop for a visit. At the rate I'm going I should be there in a few days.

Well, I made it, another 10,000ly and now I'm on "top" of the galaxy. Yeah, it's all relative but I don't care. Blu Aics DC-S C18-0 is a nothing of K class star, all by it's lonesome way above the ecliptic. Not even a single planet, just a lonely star. It's odd, I didn't run into as many neutron stars and white dwarfs on my way up here. Could just be a quirk of my flight path but checking the galaxy map I don't see as many either... I really need to talk to an actual astronomer when I get back to civilization.

On the plus side, the view from here is spectacular. Gonna camp out for the night under the light of galaxy, been a while since I spent the night asleep in the cockpit in zero g, on purpose.

After that, I've got a course plotted down into the plane of the ecliptic to get back into the thick of things. I'll go through the Arcadian Stream and into the Empyrean Straits. I'll wrap around the north of the core through Ryker's Hope and Odin's Hold before I go to Sagittarius A* from the west. Then it's onto Explorer's Anchorage, Colonia, and then home. I'll of course swing well out of the direct routes to make sure I'm in virgin territory. Funny thing, the next leg of my trip is 208 jumps. I can remember when a trip of 45 jumps was a daunting task I had to prepare for. Now I see 208 jumps as just a bit of a lark.