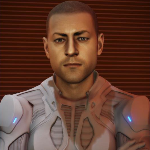 This is my first log entry for a while due to doing a lot of stuff in the bubble, mostly visiting engineers and earning money for some new ships and upgrades, plus ranking up with both the Feds and Imperials to get the Corvette and also the Cutter though i have not bought a cutter yet, mainly because it is not the most nimble of big ships and even though it has good cargo capacity and decent fire power i have kind of fallen for my Corvette it is what i need so far anyway, i also got an Anaconda which does me for mining when i do that or missions up until i got my Corvette i use it for most things now apart from mining or if travelling a fair distance. I have been with Ailleen Duval for the past 6 weeks now so i could get some prismatic shield generators to try but i have only bought a couple of smaller generators for my mining ship and a couple other small ships to test them, i plan on fitting them to my bigger ships though the power usage is pretty high so i have bought new power plants that i plan to engineer with overcharge mods to accommodate the power hungry shields, i might change to a new galactic power at some point but i am enjoying helping the peoples princess just now so staying put. My long awaited trip to Colonia is back on the horizon now that i have completed a lot of my tasks in the local bubble then i still have engineers to visit over in Colonia so soon i will be on my way there

When I got back to Shinrarta I invested in a new ship for mining but decent protection as well so I bought a Python, it was either that or an Anaconda but the Python left me with enough credits to invest in new modules for it rather than having to transfer my Krait mk2 modules out and into the python but I will need to have them engineered from scratch again, I should have enough materials for most upgrades but some I will have to go get. The python will be beefed up and engineered to be tough but still nimble for its size and then im going to engineer Jean again with my Phantom to have her strip away as much as she can to reduce the mass and try get another couple of light years added to her range for the trip to colonia.

I arrived back in human space yesterday after several days testing my new exploration phantom with a guardian FSD booster which went well the only damage I took was during neutron jumps but I had an AFM with me for that. I am currently purchasing some landmines needed by engineer Ryder, she said its a must if I want her help with some modifications im interested in, I have almost the amount she wants so I will head back to drop of the rest she needs and start working with her also I have to head out mining for another engineer miss Jean, I think I have around 100 tons left to mine before I can go see her, I should have all done within the next day or so I will update my progress soon

I have just been to Ellaisms AA-A g2 to check out the main Haerbig star and once there found there is 2 of them along with around 18 Tauri stars and around 21 planets, its the most stars ive seen in one place yet, pretty cool though they are spread out through the system over a few hundred thousand light seconds. Noticed a black hole on my gal map so heading there now and in the general direction of sol

After returning to home with enough guardian materials for a new fsd booster I decided to switch from my Asp-X to my Krait Phantom for the extra space inside plus once I had kitted her out for exploration she has a healthy over 63ly jump with the booster and I haven't been to the engineers to get the lighter modules they can make so once I have done that I should get a few more ly's per jump. For this test trip ive headed to Prai Hypoo CI-E b2-1 so a decent test trip and using neutron stars along the way has helped cut the journey time also, I managed to get a 261 ly jump along the way doing that which im pleased with, mabey I will be able to extend that range a bit once I have all my modules and armour lightweight. Will head back to Shinrarta now then Sol in time for the Christmas holiday and see whats going on there

I have headed out to find guardian sites for materials and blueprints so I can get a FSD booster before preparing to head to colonia, its whilst I had left the first site I found and jumped into the next system on route that my ship throttled straight to 100% as soon as I came out of hyperspace almost taking me straight into the star and probable death, I noticed just in time and managed to steer away from doom then started wondering what just happened, did I accidentally hold throttle but I was sure I hadn't so continued jumping into the next system to see if it happened again and sure enough the ship throttled up itself again and this only started after I had been to a guardian structure I don't have a clue why though. There is either a bug in the ships software or the guardians had developed a genius way to prevent their tech from being stolen by other races or even there enemies in their own race in any case it nearly worked on me, the only way I got it to stop was by logging out and restarting the systems that did work but only until I had visited another structure when it happened again, it never happened when I visited their ancient ruins though, just the structures with the data terminals. Hopefully I can find a way to stop this from happening again

I made my way back to inhabited space and sold some of the data I collected which was enough to get my elite status at last, now I can make my way to the founders world and sell what data I have left, make me some friends there and perhaps do some work for the factions over the next couple of days

I have just had my first encounter with life in space apart from the thargoids, found a lagrange cloud in Pru Euq NI-Y c28-7 and at the cloud I found metallic crystals also little shrimp like things that seemed to like flying towards my lights and away then back like a little game, took some nice pics though I aint sure how to put them in this log yet, I will when I know, time to leave the little creatures and continue back to home

Yesterday I landed in a system that had 79 planets, until now its the most ive found in 1 system, before that it was around 67. I am currently heading up above galactic plane from below it on a route set with economical route finder when it started it was around 120 jumps and im about half way through then I will turn towards the bubble a couple thousand ly's away and will probably do the first thousand on economical to get as many systems as possible then I will switch to the fastest possible and get home to sell what ive gathered

Im on a planet, the first one in system Bleia Eohn WU-N b37-0 gathering some resources and I have stumbled onto a data point with some intel for the feds when I get back to the bubble, will keep searching and see if anything else turns up here