This system was visited for the first time on EDSM by DarthLuis.

2911 ships passed through Kashyapa space, including 26 ships in the last 7 days.

3 ships passed through Kashyapa space in the last 24 hours.

A spectacular ringed Earth-like world with exactly 1 g. When this spectacle was discovered by the Chapterhouse Mission to Jaques and news broke back on Kamadhenu a local sect of sadhus interpreted this as fulfillment of a prophecy; They saw the ringed ELW as "Kashyapa" - the legendary consort of Mother Kamadhenu, a fabled paradise - and are now fixated on one day establishing a religious retreat in this system.

In October of 3303, this location was colonized by the Chapterhouse Curate. The Vihara Gate starport and Martyrs' Rest outpost are available for travelers, explorers, and pilgrims. 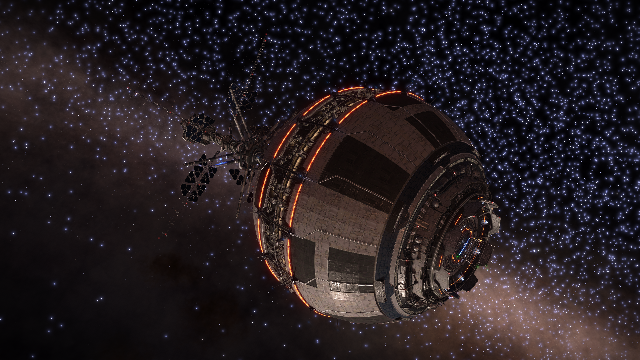