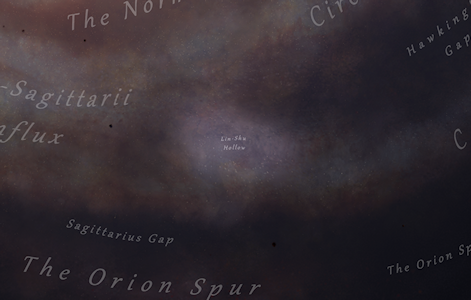 The most western parts of the Hawking´s Gap region is designated as the Lin-Shu Hollow. It is a region of below average star density, 5.000 LY wide and 1.500 LY across situated next to the Scutum-Sagittarii Conflux. The Hollow gradually expands into the larger Hawking´s Gap region and thus marks the beginning of the inter-arm gap between the two spiral arms.

The Hollow was named in honor of 20th century mathematician C.C. Lin and astronomer Frank Shu who proposed the density-wave theory explaining the spiral arm structure of galaxies.