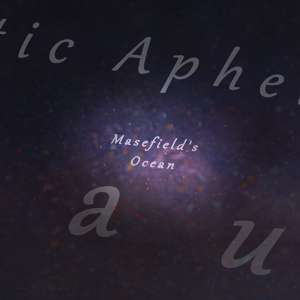 Masefield's Ocean is a Molecular Cloud Complex with active star formation. It lies nestled within the Galactic Aphelion region of the Scutum-Centaurus Arm and is embedded in an area of thick dust clouds. The Molecular Cloud holds multiple O/B associations with some pretty massive O type stars (reaching up to 30 Solar masses) and also groups of older stars that may once have been denser star clusters that spread from their place of birth. Explorers will also find many B IIIab type giants as well as several dozen Neutron Stars and Black Holes. For some reason that has yet to be discovered the complex has no nebulae or stellar remnants.

The region is named after John Edward Masefield, an early 20th century poet and author of the well-known poem "Sea Fever".