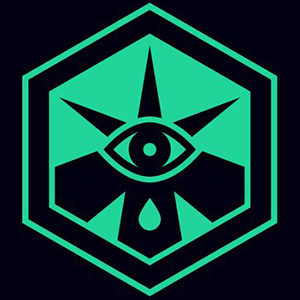 We are currently recruiting!

We are a small, casual group of English speaking pilots who participate in a wide range of activities; bounty hunting, mining, trading, passenger taxi and anything in between. Most of our pilots are on Xbox, but we are branching out into the world of PC. Leadership is based out of the North America and uses EST (-5:00) (Xbox) and Europe (PC). We are mature group, be warned there will be some topics that aren't exactly politically correct. That said, respect for others is a pillar of our team..so don't be a dick. We use the world of Elite to relax, have fun & cruise the galaxy.

Check us out on our Discord or on the web at OsirisInterstellar.com

Osiris Interstellar (abbreviated OSRS) is a small, multi focused corporation named based in the heart of the bubble. Originally created as an offshoot of the Federation allied Red Squadron (Luyten's Star) during its war and failed expansion campaign, Osiris became independent in late 3304. While OSRS is no longer operating within the jurisdiction of Red Squadron, there is still support given in times of need.

Osiris is named after the Egyptian god of the same name. In ancient mythology Osiris was Lord of the Underworld and Judge of the Dead. Due to the original purpose of the squadron, war mercenaries for the Red Squadron, this name holds a purpose. Osiris colors are deep navy and bright teal.

In early 3304 Osiris Interstellar was responsible for creating various advertising holo-screens for Lakon Spaceways that are now seen at many stations throughout the galaxy.

Operations OSRS participates in a wide range of activities and professions. Due to this, members have been known to be contracted to complete tasks involved in bounty hunting, community goal activities, CQC arena fighting, exploration, mining, material smuggling, trade material transport, warfare combat and the occasional pirating. The current focus of OSRS has been directed to the void opal mining rush.