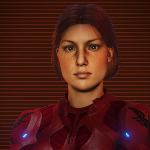 There are many reasons to just say "Well, that's nice", and limit your excitement about this sort of thing to a flyby. For starters:

So of course I had to land on it anyway.

I'll note that my Courier at least doesn't meet the first concern - the only D-rated kit on it are the Sensors and Life Support - but the rest, I'll blame on the thrill of the unknown & imminent danger. And not Space Madness at all. Nope.

Current leg of the trip - Hot Temptation to Blue Rhapsody Nebula - does not meet the definition of 'interesting'. Just over 5,000ly - the longest gap between POIs since I left Colonia - with pretty much nothing of interest. 144 jumps without neutron boosting, a considerably more tolerable 86 jumps with. Guess which option I took, even though small ships like the Courier seem to be more vulnerable to jet cone turbulence than bigger rigs.

There've barely even been any planetary bodies worth mapping along the way. All things told, this leg is entirely forgettable.

Which probably explains why I'm suffering from signs of the dreaded Space Madness. Every time I spool up the Courier's FSD, the chittering of the gremlins within also stars up - just for a few seconds, until you actually start trying to pay attention, and then it's gone. Hopefully the madness will ease up when I get back into more interesting territory...

Remember when I said my inner completist would have to cope with me not doing the full POI list this leg? Yeah, it won. I lost. So I've been working my way around the sights, and to hell with total distance travelled.

The thing about this leg, is that it's involved coming back down from Goliath's Rest - being 2,800ly above the plane is something special, and allows you to take a real break from the world. Land on the side of a planet that faces away from the core, turn off the power plant, and sit there with no sound other than your life support while the frost spreads across your canopy. There's nothing quite like it. I just wish D-rated life support would let you enjoy it for longer. 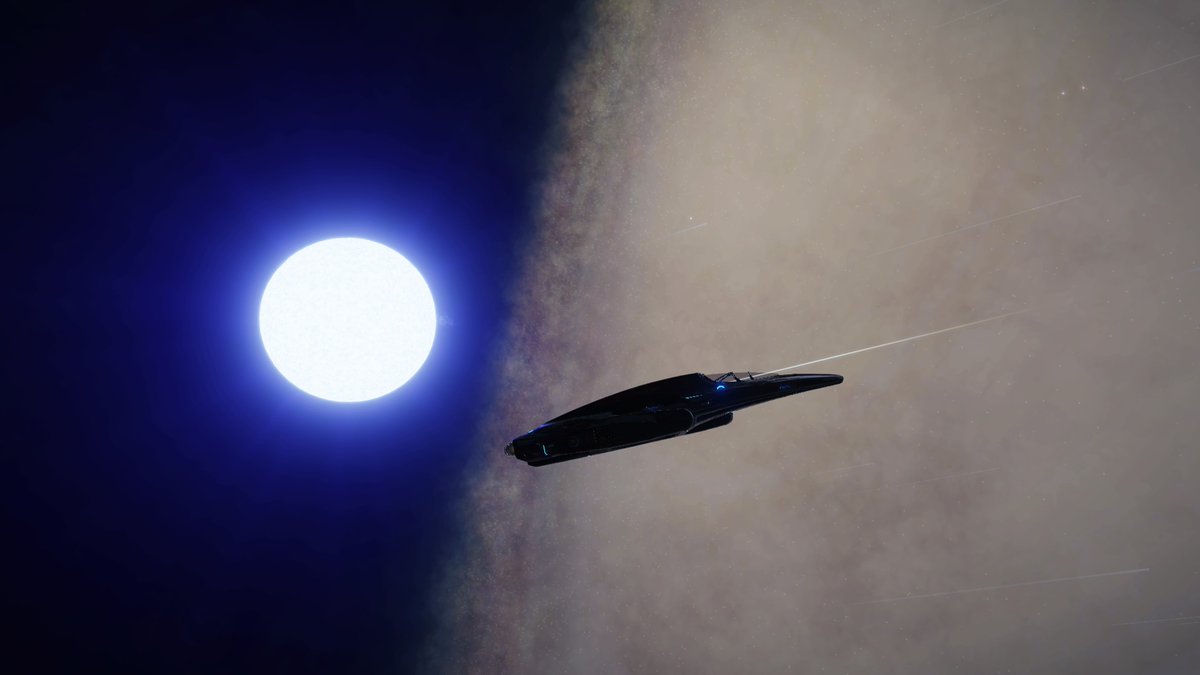 And then there's sitting above the disk of the Galaxy, looking down at, well, everything. Every human being alive, all in one shot - 99% of them confined to just a few pixels of it. Sol, and Earth, a dot in there somewhere that only a computer can pick out. You want an idea of humanity's significance? Try insignificance.

But enough philosophy, and back to my travels. 50 more jumps to the Blue Rhapsody Nebula. Insert Eiffel 65 gag here...

The release of a new Waypoint, and the list of major and minor POIs that comes with it, is a weekly Big Deal. My inner completist wants me to visit everything the DW2 organisers suggest is worth a visit, so I spend some time each week trying to work out an optimised route around the (usually) 8-10 sights they give us. It's a certain level of fun all on its own.

This week, though, I had to tell my inner completist to go and get stuffed, as nearly all the minor POIs were 3-5kly in the wrong direction. I wouldn't have been able to do that level of backtracking in my Courier without falling massively behind. I also have to admit that the urge for pewpew is rising, meaning I really need to leave time in my route planning to jump into CQC (service connections permitting).

And so this week's planned route is the shortest of the expedition so far, with just the 4 major POIs on the route plot. My inner completist is raging loudly at the injustice of it all - the sights I'll miss! The exploration data I won't earn!! - but he'll just have to cope. With earnings-to-date of around 4.5 billion credits (if I make it back to the Bubble without dying - I need to sell it to SiriusGov to make that much), I'll cope...

So I'm sitting at Goliath's Rest, waiting for the route to WP9 to be released. For a while it looked as though I wouldn't even make it here in time - that's the risk when you're flying a ship with only 43.6ly jump range.

Hadn't intended that, of course. Left the Bubble in my 75ly Anaconda, and enjoyed being in 'easy mode' until we reached Polo Harbour. Then Space Madness took over, and I figured... "Let's have some fun until we get to the Core!". I got my Courier shipped into Colonia, tweaked its engineering for a few more lightyears (although kept the EPTs - 750m/s boost is part of the fun) and headed out.

I was certain Explorer's Anchorage would get a Shipyard, and the plan then was to switch back to the Anaconda there for the trip north to Beagle Point. But as they say "Never assume - it makes an ass of you and me"... The Powers that Be decided 'no shipyard' and I couldn't be arsed detouring back to Colonia, so here I am - taking a very non-standard explorer to the furthest points of the galaxy. (It can, and will, reach Semotus Beacon before I turn around.)

On the one hand, it's a great ship to fly - that was the point in switching to it in the first place. On the other, it takes twice as long to get from A to B, and has almost no safety equipment - a single AFMU to keep my modules in one piece, and that's it.

But that just increases the challenge. And isn't the challenge the reason we make these trips in the first place? Onwards!