It was named by the Galactic Mapping Project with the name of: Monde de la Mort (World of Death)

644 ships passed through Spoihaae XE-X d2-9 space, including 1 ship in the last 7 days.

Landing on this planet is extremely hazardous: The planet can only be approached when it is outside the exclusion zone for the white dwarf, and getting caught in the streams of the white dwarf is possible. Explorers trying to land have a narrow window in which landing is possible. Generated heat is also high and must be considered when landing. Finally, the planet will pass through the jets of white dwarf over the course of the one-hour orbit, potentially leading to entire ship destruction!

Those managing to land will see astonishing views of the white dwarf from close range. 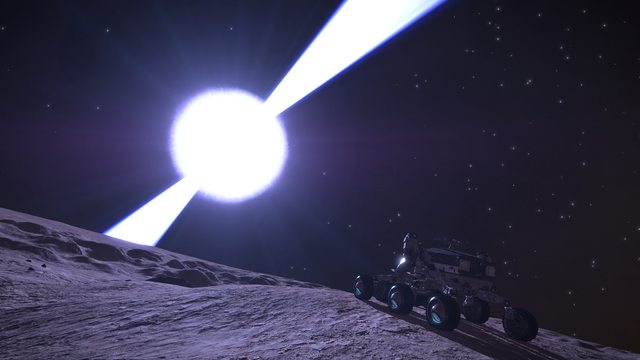 Video of a successful landing