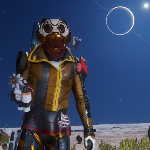 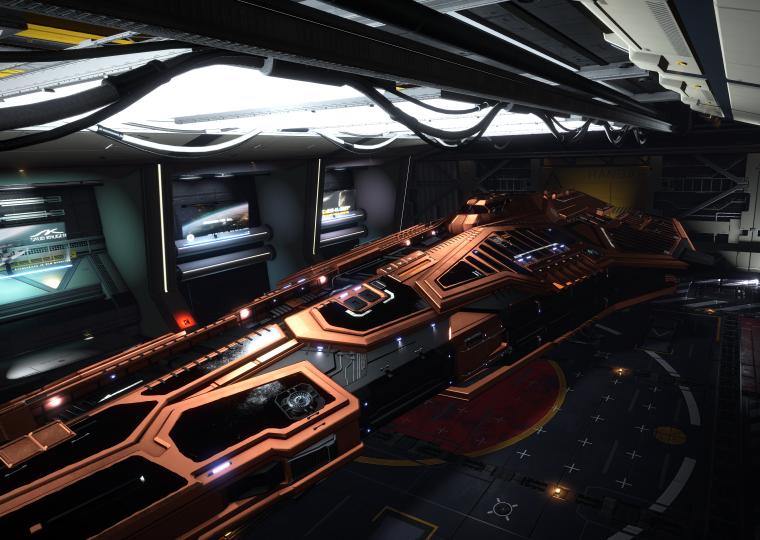 Revisiting the BNE Site at NGC 3199

After a stretch out on the far side of the galaxy. It's time to return to the expeditions roots. I've spent the last 4 months mapping approx 1400 new NSP sites in an 8 million square light year cube of space. There's so much to find out here and so much space left to cover. It could take a lifetime to find everything.

Other CMDR's are making efforts to map Site D and Sites A, B, C, E and F are incomplete records, even while we have made many discoveries.

The work is never done, but we still love the void. 07

It was about this time in 3304 when I was joined by a few friends. With new tools, and stories of ancient alien powers beginning to awake, we ventured out to visit reported points of interest.

Guardian sites were a big draw back then. People clamoring to take part in decryption efforts and to gage some sense of their historical record. These were important times. The Thargoids. Another question we explored together, scanning barnacles and finding probes to access the immense and mysterious ground bases.

Combining these voyages of alien discovery with smaller expeditions to local nebula was certainly a thrill that I will always recall fondly. But there was still a big galaxy out there and I now had the means to step into the void with top of the range equipment. So the call to the Formadine Rift drew me out again. End Hist rec 2

I have neglected to keep a record of my story in my log. Malfunctions abound, storing a historical record requires considerable effort and it's not always clear how to best preserve that record. Now it's time to add a record to my log, just in case.

I'll cut straight to the more significant events and try to be brief. A full record of the BNE (Banana Nebula Expedition) is available on http://banananebulaexpedition.online/

So it begins: The moment I came of age I stepped out into the galaxy like many other CMDR's, with the aid of a small loan and in a standard E rated sidewinder. My intention, to explore the galaxy.

A few missions later and I had the funds to undertake my first first large expedition. A journey in a 15ly jump range Cobra MKIII, out to the Elephant head nebula and then a further 20,000ly to take a look at the then newly discovered Jacques Station. After more than 6 months, I returned a much richer and debt free CMDR. Records of these travels failed to get uploaded at the time, so unfortunately much data is lost.

Like many. I then purchased a new ship and upgraded her. Then I began to raise more funds trading and running passengers so I could finally afford a ship with the largest jump range possible. The remarkably different flight experiences drove me to invest in a few more ships and too grind ranks so I could obtain the ultimate examples humanity had to offer. But I was soon off again. End Hist rec log 1.

It's been a difficult few weeks, still I am fortunate. My ship and carrier, The Inflated Whale have been unaffected by the recent Galaxy wide upheaval where many CMDR's have simply vanished. Being so far out in the black it's difficult to get news. Still, after mapping a few hundred NSP sites here at site E. I have taken the time to visit Sag A. Picked up some new space suits and looked into the latest news from home. I can't say I truely care much about what happens there. Powers vying for power is an age old story. The Thargoids, are they a threat? Maybe, but they've left me alone so intend to do the same. All those issues are distractions as far as I am concerned. The goal is to explore and learn, to go where no human has gone before. With that in mind, I took a trip to Beagle Point last week. It's only 14,500 ly away from Site E. Then, making use of my ships highly engineered jump range, I ventured out to the furthest edge I could reach and landed on a few planets. First-fall on a planet that bolsters the wall of the milky way aginst the void is quite an experience. Frightening, while at the same time, awe-inspiring. Tranquil, yet unsettling to know that one wrong calculation and you might get stuck with no means of return. These are exciting times we live in. I returned slowely to Site E and saw so many beautiful things on the way. It was nice to receive confirmations of previous visitors way out here. It's been such a rare thing for the last few months, but knowing people are here feels like a little comfort if the unfortunate happens. Someone might pass by to offer help. Now back at Site E and I can see the upheaval has had a strange effect on the NSP's. I've probably visitied another hundred sites and they are all the same, they're bereft of colour, their essence seems to have been drawn into their surrounding volumous clouds. The molluscs also seem to have changed their nature. They are much more sensitive to light than they were just a week ago. Come to think of it. The whole galaxy seems to be darker and somehow more forboding. I intend to stay out here to monitor the situation in detail. Signing off ADM Infwhale - Banana Nebula Expedition - Fleet CMDR. June 17 3307.