It was named by the Galactic Mapping Project with the name of: Bow-Tie Nebula

321 ships passed through NGC 40 star space, including 1 ship in the last 7 days.

0 ship passed through NGC 40 star space in the last 24 hours.

The nebula is composed of material cast off by a dying star as it enters its white dwarf phase of evolution. Details of remarkably complex structures are revealed within NGC 40, including dense ridges of material swept back from the nebula's central star.

The star itself is one of the hottest known, with a surface temperature of about 200,000 kelvins. About 4,000 light-years from Sol toward the nautical constellation Puppis, the nebula spans more than a light-year and is energized by ultraviolet light from the central star. 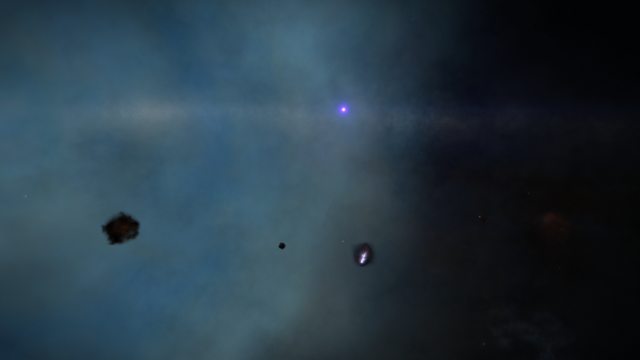 Travel advisory: The nebula exists in an area of very low stellar density. High range frame-shift drives and FSD injection are needed to reach the nebula.