In this system you can find all the materials for FSD Injections. This is a GREEN system.
Verkehrsbericht

This system was visited for the first time on EDSM by AndyBoom.

168 ships passed through Eembaitl DL-Y d13 space, including 1 ship in the last 7 days. 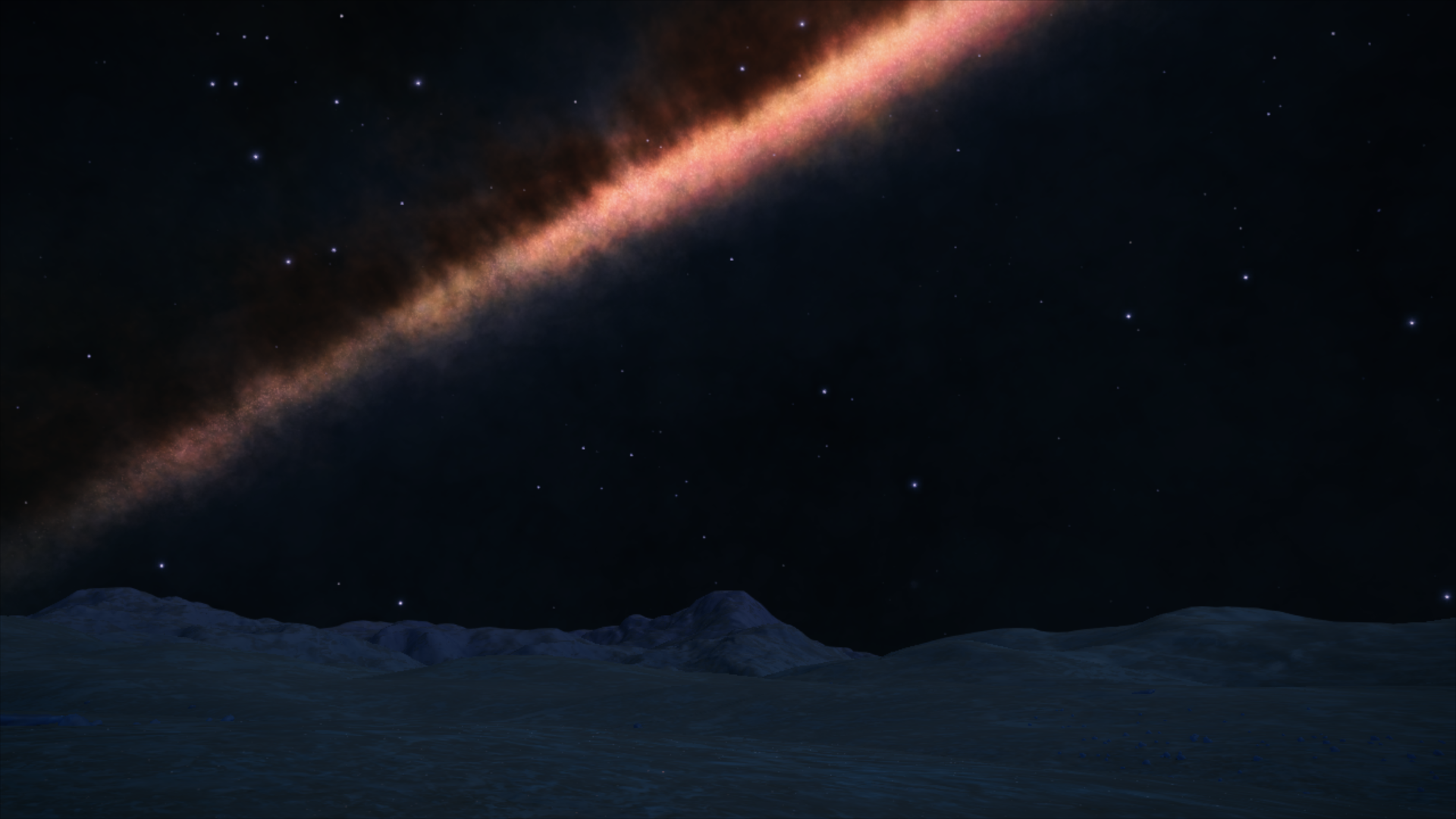 Ultima Centauri marks the halfway point between Sol and Beagle Point along the Sagittarius-Carina spiral arm. It was the most easterly waypoint of the Sagittarius-Carina Mission - the first community expedition from Sol to the far galactic rim (source). Other community expeditions to visit Ultima Cantauri include the Dead Ends Circumnavigation of 3303-3004 as well as the Longer Route Home expedition of 3305.

The system is located at the very far end of the Centaurus Reach, earning it the name Ultima Centauri - literally 'the last centaur' or 'at the end of Centaurus'. The name has a deeper meaning though, as the term ultima Centauri (like ultima Thule on medieval Earth) can also mean 'a place beyond the borders of the known world'. For deep space explorers traveling along the Sagittarius-Carina Arm, Ultima Centauri marks the transition between the relatively well traveled regions close to home, and the much more desolate regions of Viatori Patuit, Silentium and the Solitude Void.

It is a rather barren neutron star system, and nothing to strive for in itself. It has however become a symbol of the dogged determination of those that venture beyond the Centaurus Reach and into the seemingly endless and barren outer regions of the Sagittarius-Carina Arm; out where no spectacular nebula or star cluster awaits the weary explorer.

A landing site from the Sagittarius-Carina Mission is located on the moon of a gas giant. The position near the dark galactic rim, the close orbit of the planet to the neutron star and the peculiar color of the light - all these enhances the feeling that this is near the end of all things - even centaurs.

SRV shenanigans at Ultima Centauri during the LRH 3305 expedition. 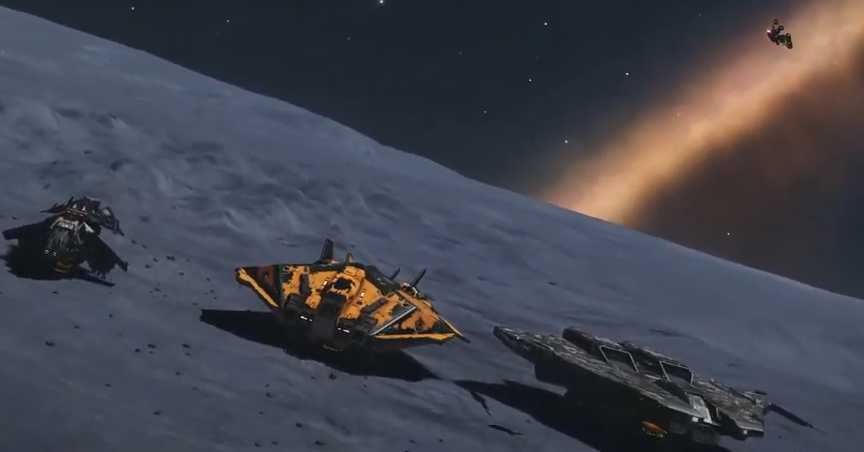