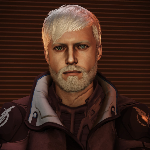 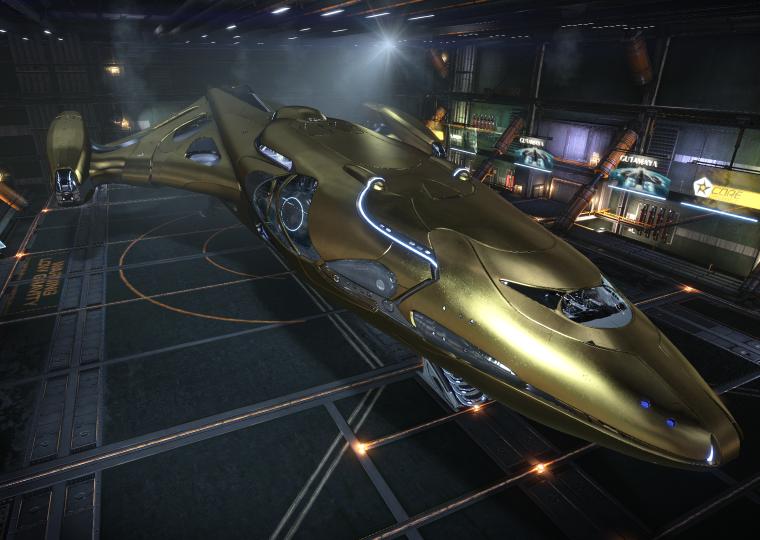 Sagittarius A* with my family. At last.

Before my wife and son died in the accident in an Imperial Starport, I had promised them I would take them to see Sag A* one day. Today was that day. Not at all how I would have liked to do it but, since I carry a small diamond made from the ashes of her and my son in place of my wedding ring, the three of us finally made it.

Honey, son, I love and miss you both every day. 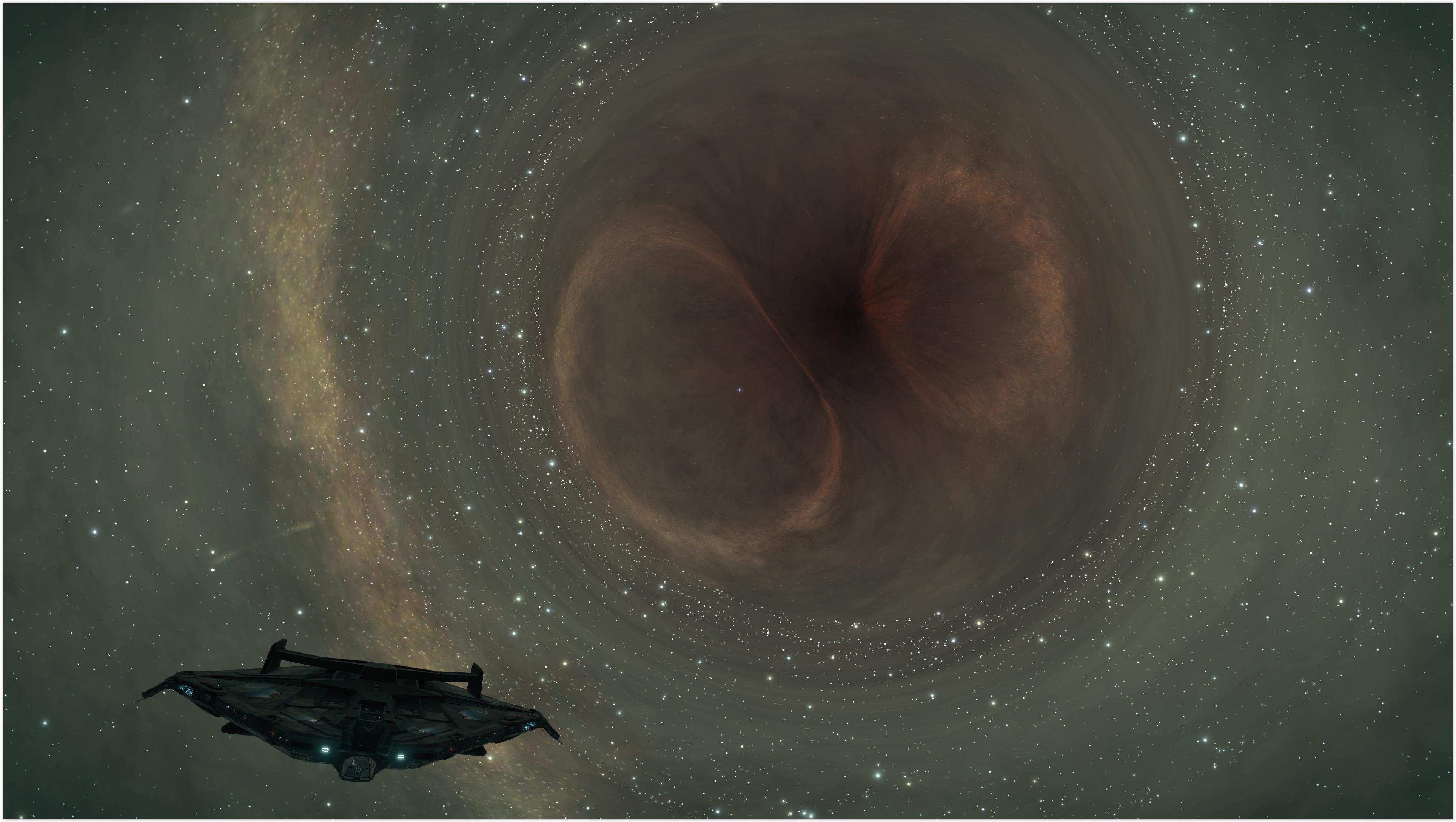 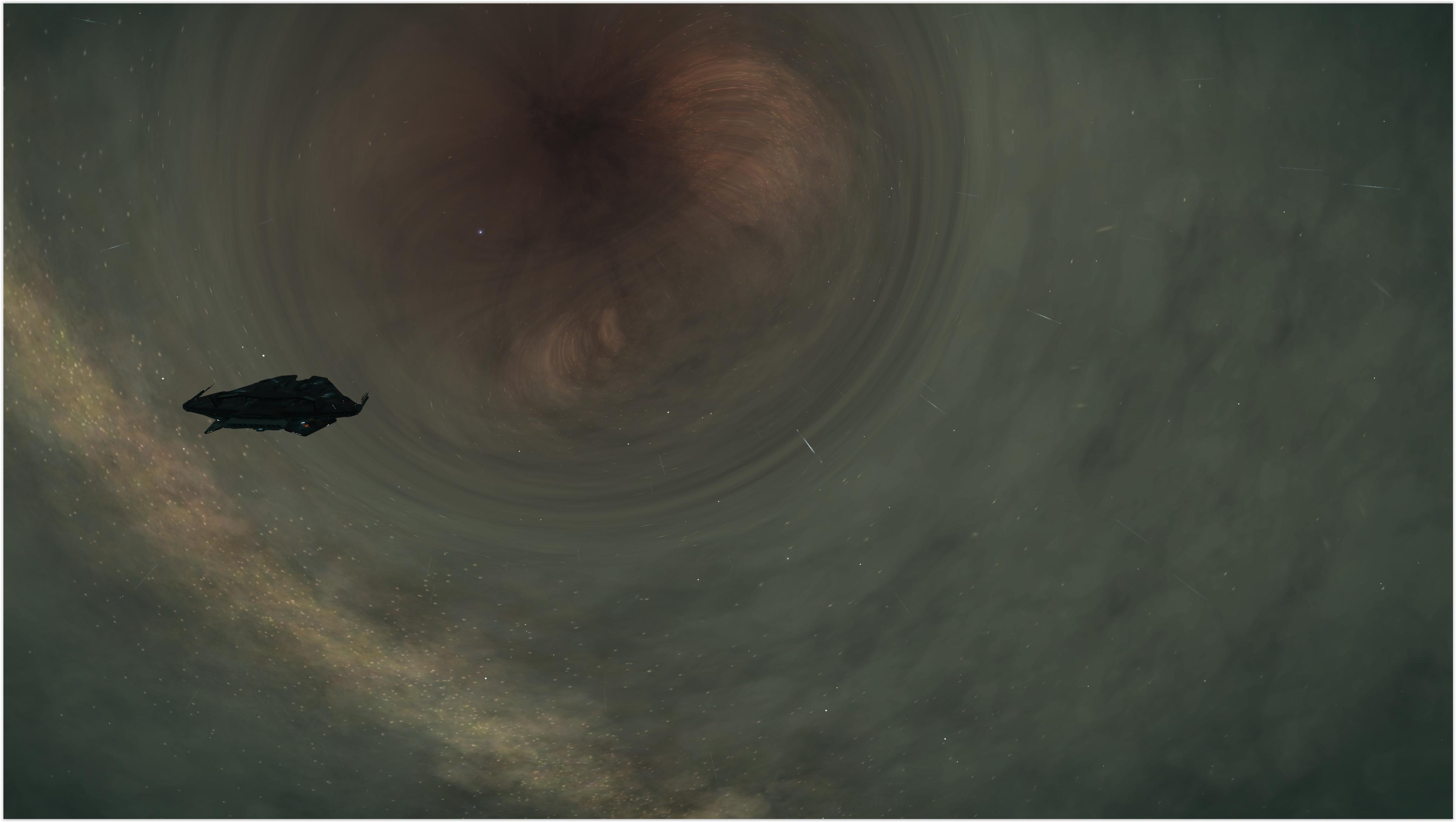 I've been flying around the Galaxy for nigh on 60 years with two-thirds of that as an officer in the military. Now, in the military, our ships did a lot of the grunt work for us, which made for poor piloting skills on my part.

I'm still on my way to Colonia for the first time since leaving the Empire behind me and joining up with the Federation. I'm happily jumping from system to system taking my time, exploring new worlds, mapping a few, doing some ground searches for materials and generally just playing tourist.

I'm doing this with all the voice output from my nav panels turned off so I can listen to some great music to pass the time alone in the dark. I make a scheduled jump next to a Neutron Star to Supercharge before my next jump, and my screen says I don't have enough fuel to make the jump! I glance over at my fuel guage and am, obviously, surprised to see it at one lonely little bar. Crap. I pull up a star map to see if there is a closer star that I can jump to and refuel. Hooray! There is a beautiful class M star only 105Ly away. I set it as my new destination and hit the throttle. "Not enough fuel to make the jump." Crap. I check my computer to see what my current jump range is now that I'm supercharged, it's 104.44Ly. CRAP.

Never in my life have I had to call someone to refuel me in deep space. While it's true I had to call the Fuel Rats a while back after a close run-in with a couple of stars that dinged up my hull quite a bit, I've never, ever, run myself out of fuel until yesterday.

When I did need the Hull Seals, I was delighted that it only took, them about two hours to get to me. I had taken several days to get to where I was located. When I called on the Fuel Rats a lovely Commander informed me that she would be at my location in five to ten MINUTES. Damn, she must have been close. She popped over a couple of fuel canisters, and I was good to go to get to that class M and refuel the rest of way myself. I expressed my sincere appreciation for her work and went on my way. A couple of stars later I noticed that my hull, which had been down to around 91% was up to 100%. In addition to giving me enough fuel to live another day, she tossed in a Repair Limpet as well. I called her up and thanked her once again.

The Fuel Rats and the Hull Seals are a credit to the tradition of peace-loving space farers everywhere.

I've been on my way to Beagle Point via Colonia and Sag A. for several days. Somehow I managed to 'bump' into two stars along my way to Colonia bringing my hull integrity down to 11% AFTER I used up all my repair supplies from three AFMU's. I spent a lot of time doing my best to gather materials to synthesize into repair units and had little to no luck. Eventually, I just about ran my SRV out of fuel. Next, I tried mining a ring system (very low probabilities but, better than zero). I asked around for suggestions on what to do about my poor situation and was thrilled to hear about an organization called the Hull Seals.

Within an hour and a half, a CMDR flew out to me and repaired my ship with repair limpets for no charge. Amazing. With the combination of the Fuel Rats and the Hull Seals, a CMDR has no excuse for not going out and exploring the galaxy!

I can't say enough about how much I appreciate the Hull Seals for being there for me in my hour of need. They are amazing!

I spent 18 years married to the woman of my dreams and 15 years doing a job I was told to do. I had worked my way from no one to Marquis in the Imperial Navy during those 15 years. My wife followed me all over the galaxy as I chased one rank after another. I always volunteered for the toughest and most dangerous missions. That all came crashing down when I received the news that my wife and son had both died in a 'tragic' accident when they encountered a renegade band of slaves that had stolen an Imperial ship and had no idea how to fly it around inside a crowded space station. When I arrived at the station a day later, the devastation to the station was staggering. I was ready to kill any slave that might have survived. That was until I saw that the stolen ship was maned by children; children who had been so frightened of the Empire that they preferred to risk death to living as slaves another day. I resigned my commission as fast as possible. I would never again support the Empire.