This system was visited for the first time on EDSM by Mixolydian.

It was named by the Galactic Mapping Project with the name of: Deneb (Alpha Cygni)

332 ships passed through Alpha Cygni space, including 2 ships in the last 7 days.

1 ship passed through Alpha Cygni space in the last 24 hours. 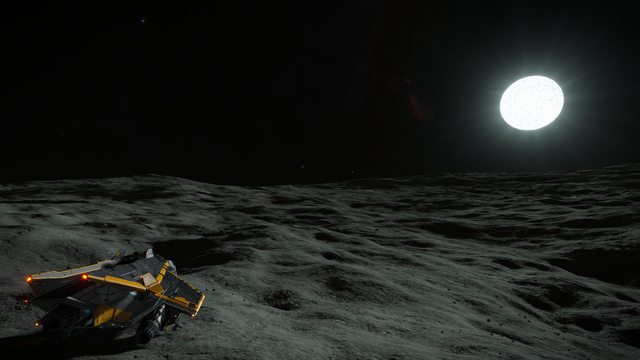 Deneb, also designated Alpha Cygni, is the brightest star in the constellation of Cygnus. Deneb lies at one vertex of a widely spaced asterism called the Summer Triangle, the other two members of which are the zero-magnitude stars Vega in the constellation Lyra and Altair in Aquila. The traditional name Deneb is derived from dhaneb, Arabic for "tail", from the phrase Dhanab ad-Dajājah, or "tail of the hen".

It is the 19th brightest star in the night sky of Earth, with an apparent magnitude of 1.25. A blue-white supergiant, Deneb is also one of the most luminous stars. Since 1943, its spectrum has served as one of the stable anchor points by which other stars are classified. It is the prototype of a class of variable stars known as Alpha Cygni variables. Its surface undergoes non-radial fluctuations which cause its brightness to vary by up to 0.15 magnitude with no clear periodicity, and the spectral type to change slightly.