It was named by the Galactic Mapping Project with the name of: Luna's Shadow

Situated on the galactic prime meridian, and 1 LY above the galactic plane z-line, some 25,898 LYs from Sagittarius A* on the far side of the galaxy, this system is the physically located antithesis of Sol. 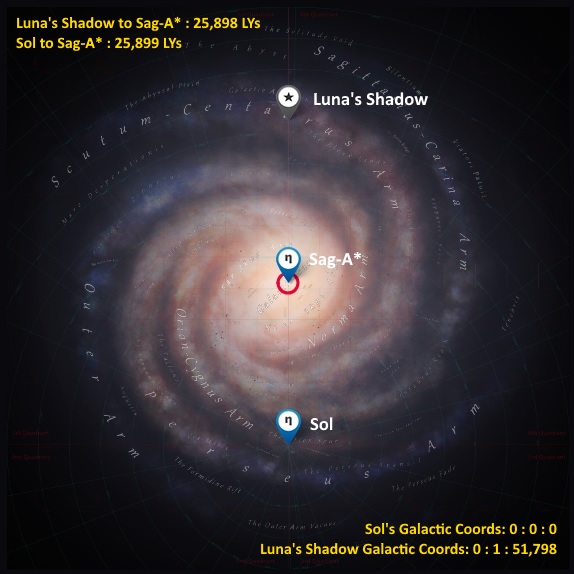 Remarkably the star system also has 8 major planets, the third one being a Water World orbited by a moon that is strikingly similar in both appearance, size, and composition to that of the Earth's moon, Luna, on the opposite side of the galaxy from this location. 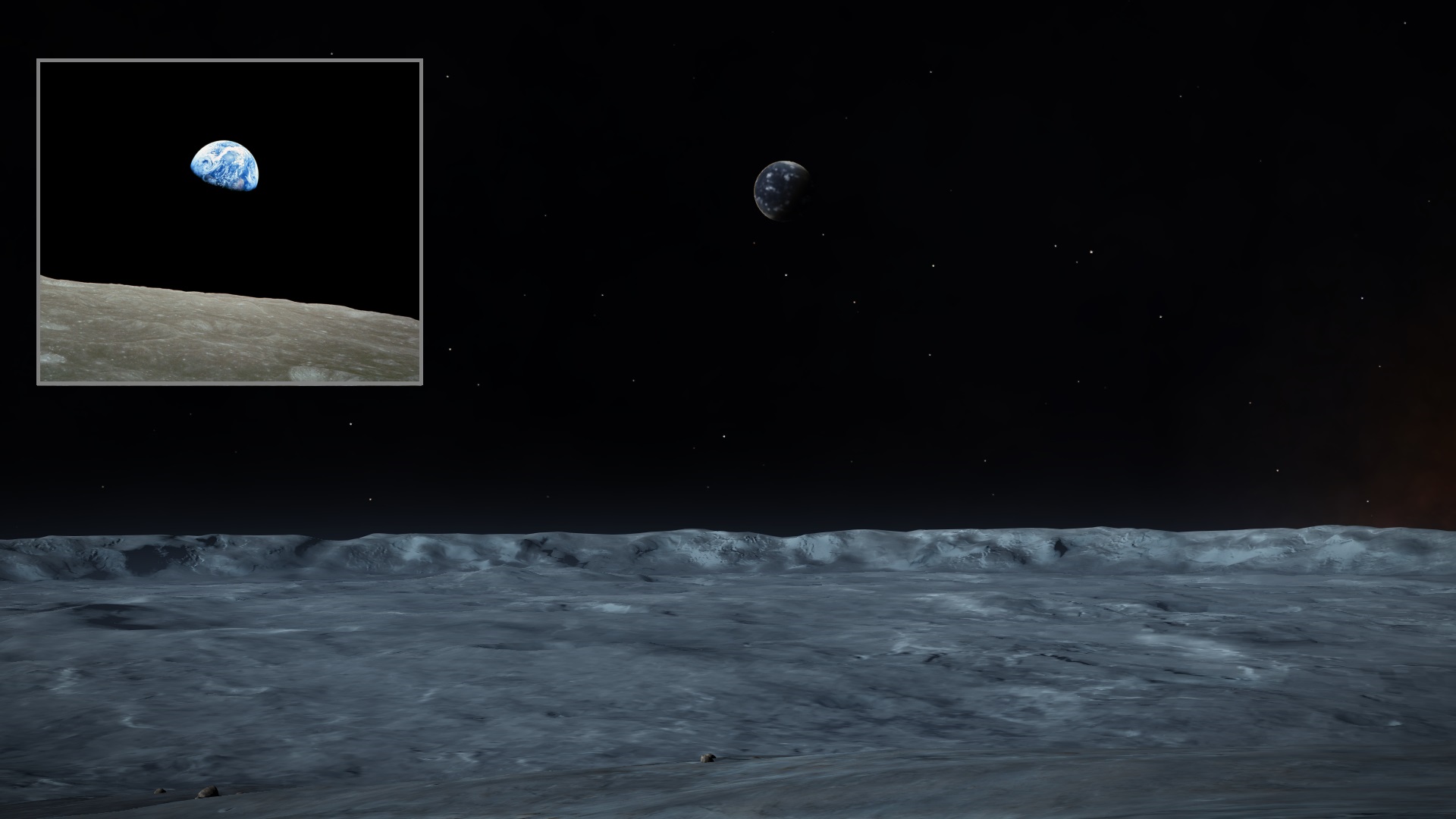 This moon, nicknamed Luna's Shadow, is an ideal location for travellers to land at and collect Jumponium resources before heading out to the Abyss. 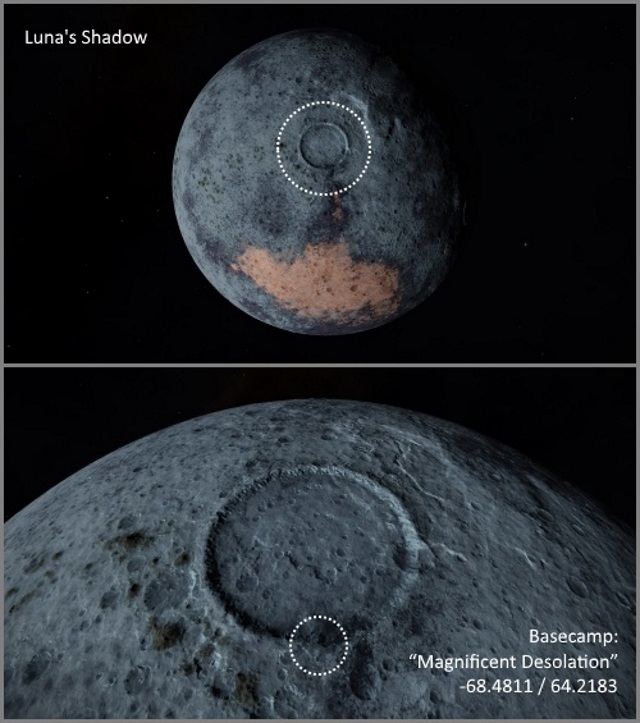 Luna's Shadow was selected as Waypoint #11 for the Distant Worlds 3305 Expedition. A tourist beacon marking the event can be found in orbit above the moon.