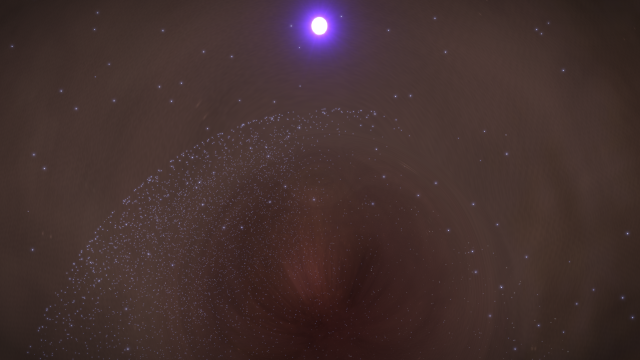 GRS 1737-31 is a stellar-mass black hole located in the Galactic Bar. This system was first observed in the year 1997 during observations of the galactic core, where it was detected as a source of gamma and X-rays.

Today, three other stars have been found in the system; two of very hot O-class, and one hot B-class. The high mass and very similar young age of these objects suggests that they originate from a similar area. Orbital periods are also quite short, which appears to point towards either a shared origin or capture.

No planets are present in this system.