This system was visited for the first time on EDSM by Glip.

58 ships passed through QZ Vulpeculae space, including 0 ship in the last 7 days.

0 ship passed through QZ Vulpeculae space in the last 24 hours.

A Japanese space telescope, Ginga, discovered this system in April 1988 when the system produced a massive outburst of X-rays, known as an X-ray nova. For a few days, the system produced roughly one million times more energy than in the days before the outburst. The bursts are caused by matter in-falling from Class K star QZ Vulpeculae onto the black hole GS 2000+25.

Numerous smaller bodies can also be found orbiting the pair, including 6 dwarf stars and a host of small rock bodies. A terrestrial body with ammonia-based life can be found just 54 light-seconds from the black hole. It is unclear how life has managed to form in the presence of the powerful x-ray bursts produced by the black hole. 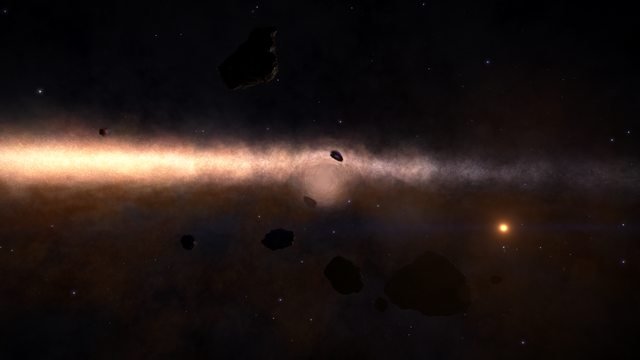