This system was visited for the first time on EDSM by EfilOne.

It was named by the Galactic Mapping Project with the name of: Hawking's Gap Abandoned Settlements - Alpha Site 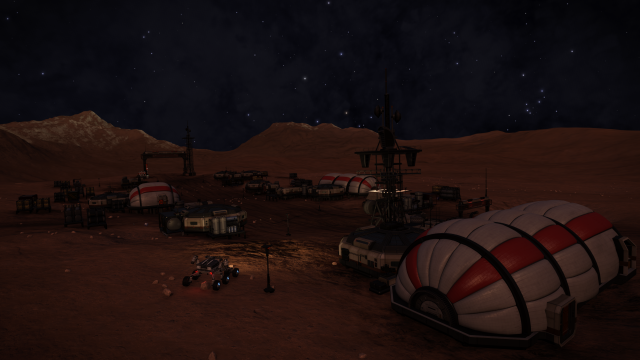 "Randomius Factoria!" is a phrase ending one of the four logs left behind by a former crew member of the site, a premonition for the mysterious fate that befell the previous Project Dynasty occupants. A strange humming ambiance sound befits the whole atmosphere of this place: gloomy, dark, cold, and empty. This is not a place for the faint-hearted; as something has happened here, something terrible that remains a mystery to this day.

However, the last log might reveal a hint of the doom that befell the previous settlement inhabitants. It speaks about people going "void-mad", ejecting themselves into outer space, which severely crippled the capability of the expedition to crew their own ships because "they've seen ghosts". The log ends with "Word, there is something out there!" leaving the turn of events to the visitor's guess.

In late 3302, Alessia Verdi, a commander associated with the enigmatic CMDR Salomé, set up an exploration community goal (Directive Two) on behalf of the Children of Raxxla. The goal was to retrieve and analyze as much survey data as possible from three specific regions. Those regions being the Formidine Rift, The Scutum-Sagittarii Conflux, and Hawking's Gap (Lin-Shu Hollow). 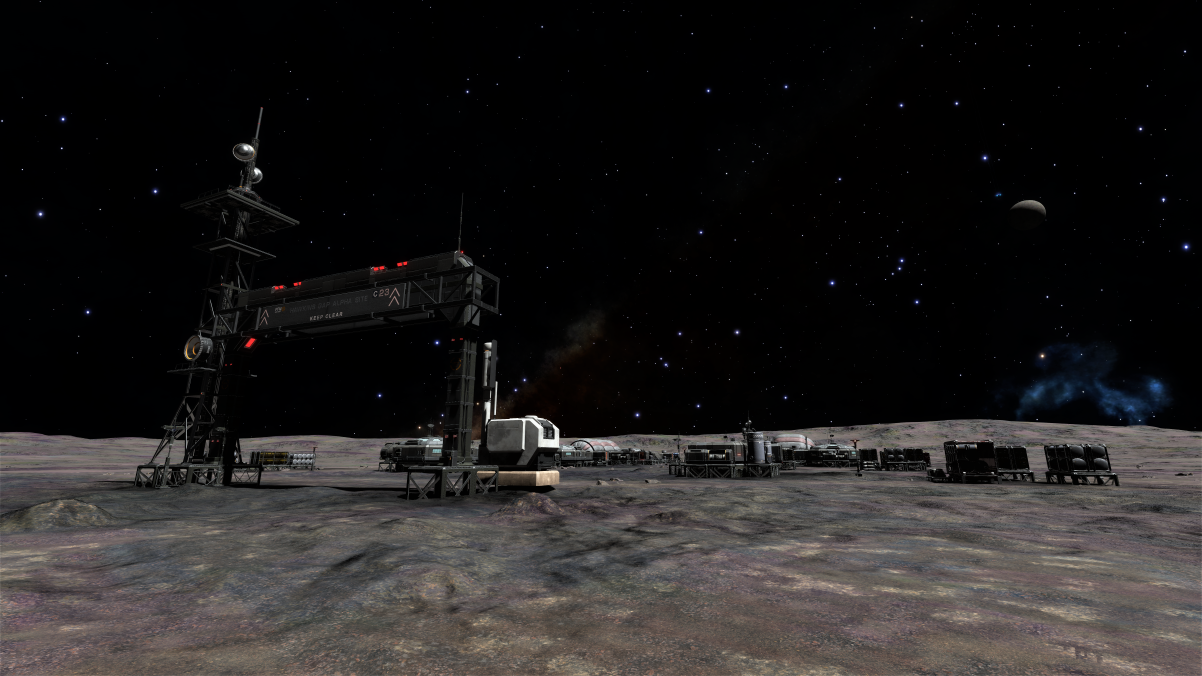 Alpha Site as it appears in Odyssey - Astrophotography by CMDR Richard Fluiraniz M.