This system was visited for the first time on EDSM by EfilOne.

It was named by the Galactic Mapping Project with the name of: Hawking's Gap Abandoned Settlements - Gamma Site 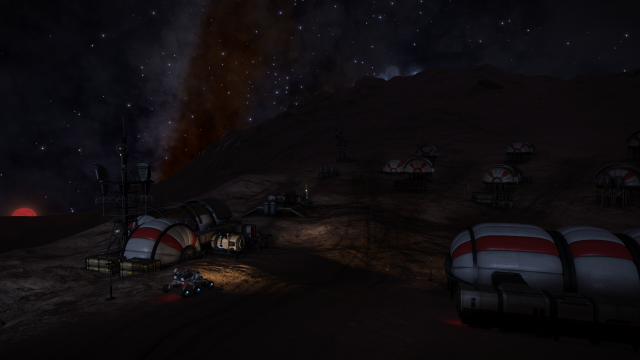 "Beautifull part of the galaxy this..." a dialog entry reads as I scan the first comms panel right behind the settlement's gate. Indeed, one cannot look away from the pink gaze of the dwarf star, enveloping the mountain's descent into the first few beflated housing. And if one could, there was the omni-present blue night sky, full of stars brushed by an orange stroke of genius space design. I feel at peace here, forgetting any worries one might have, replaced by a dream: the welcome fate of us explorers.... (source)