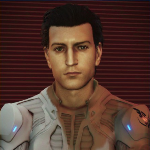 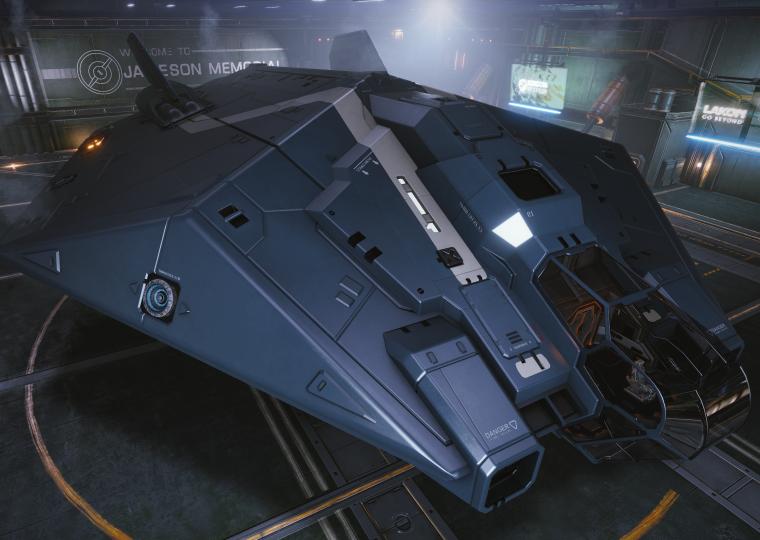 Commander's Logbook, very quick this time, I just remembered I had to update ya, Echo and I'm so damn sleepy and also maybe a little high. Well, the OnionHead I "acquired" at Beta Site is already almost over...

We left the normal axis plane, about 300LY under the Jellyfish Nebula, and we're already steadily discovering new systems!

Our trip to the Crab Pulsar continues... let's go!

End trasmission of the transmission, Echo have a good night, friend.

Last night I went out with the Earhart to practice my FA-off flying, not a good idea doing it in an asteroid ring but hey - no, ok, well... no, i haven't learnt anything but I only need more practicing! One day I'll do it, anyway I don't have really a big necessity of flying FA-off right now.

Anyhow, I decided we'd stay for another whole day here, even though my room is a rat hole and people ain't really that nice, I need a little break. Maybe we can resume our journey tonight, I'll see. I'm going to look for some tobacco and some papers, since i ran out of them, hope they won't cost too much here. I'm gonna have some coffee too...

Here I am! It's really beautiful - I've now docked in the Nebula's station "Beta Site". Seems like they're going to expand... cr19.200.00 earned in Exploration Data. Nice, but I'll need more. I won't use that many Neutron Stars in the returning trip, I think.

From the GalNet News looks like a pandemic has hit Sol system recently. That's bad, but it's now under quarantine. Also, for this the Eastern Indian Company is handing out free stuff - nice! Oh, and looks like some fleet carriers are under projecting and in a few months should be available to the créme de la créme of the Pilots Federation. They'll be enormous, with 16 landing pads and will jump up to 500LY/jump.

Well, I think I'll rent a room for today and go get a great meal, I'm damn hungry!

Oh, also I've decided to let my stubble grow into a short-full beard. Should give me a nice "older look".

Time to go, see you Echo.

What the hell is wrong with you, Echo? I had to fix ya dozens times this week. I hope you work as you used to now.

So... coffee. 3 spoons of sugar, thanks. At least the coffee machine works well.

I've been having problems connecting and using Echo but now should be okay.

These days have been real real nice. Last night I've travelled more than 1200LY in under 30 minutes thanks to some Neutron Stars. I've also been in different systems, discovered some new systems and also a few terraformable! Even a terraformable Water World! Echo says I've first discovered many systems, but in reality, a good part of them was already discovered - I don't know what's the problem with Echo, but okay, we'll live through that.

So, Echo... I've received a job application interview invite for a company that does cruises and tours around systems. I could make some good money with it, it would seem. But well, ya know - I'm in the middle of nowhere right now, so they'll have to wait till I'll be back in the Bubble to get a nice cruise ship. Maybe an Orca. or maybe a Dolphin.

Talking about the current state of my Explotrip, we're almost at the Jellyfish Nebula. Shouldn't be too far away, I have two more Neutron Stars along the route that will help me. Then, we'll go straight to the Crab Pulsar! I'd want to see if there is a station nearby tho.

It's awesome to be out of the Bubble again. I just could't wait anymore.

Anyway let's sum up what I've seen in these days, uh? So... I've visited Pleione - and noticed there is a lot of Thargoids' activity in the area, I thought they were gone... Oh I forget to visit the Obsidian Orbital station in Maia, but it'll be for next time. Then I visited a Thargoid Structure - it was kinda creepy - and I found some "mini-goids", I think... ew. Oh, yeah, I visited Betelgeuse! It's giant, dammit. It's a nice system, really. I want to visit Canis Majoris and Rigel, too now! I found the Gibbonici's Trio and made a bunch of money.

I don't remember where am I heading now... right, the Eskimo Nebula! Seems nice, let's find out.

Oh, I haven't forgot about my past's story, but I'll keep it for the right entry.

Hi Echo. I need to go to sleep, really, but I wanted to update the log before. I've done so much in these days and only now I see it. I just bought a damn AspX! Who would've thought it... well not me! It's called "Earhart". For obvious reasons.

I already love it. The sound of the thrusters... its plumpy, cute shape... the cockpit... it's a real nice ship.

I only need to test it right? What about Colonia? Not a bad idea actually... I'll have to think about it, tho - I feel like I wanna go out in the deep dark space, it's calling me! But now that I'm in the Bubble... I feel attracted from "home".

Ah, "home"... time to tell you something about me, Echo... I've been brought up by "adoptive" parents. I know nothing about my real parents, I might as well be a clone... or more realistically they just threw me in a trash bin... sometimes I like to think they just died in an invasion and i magically survived. Oh, time to go... we'll continue the story tomorrow. G'night.

goddamit 1000 credits for that coffee machine and it doesn't even make good coffee.

oh, yeah I'm recording... cough hmm... i should make more updates, I know - but in these days the add-journal option wasn't working and did want to make sure it was all okay before entering more data.

Now it's all good anyway. The Sacajawea seems to be ready to take her pension, I've ultimated the engineering (almost) I only need a few things, like arsenic and chemical manipulators and Elvira (my favorite engineer) will end her work on this beautiful FSD - oh yeah she added an experimental modification to it too... she calls it "mass manager" - i know i can trust on her, so it's okay. The Sacajawea can now jump a max of 55Ly. 18Ly more. That's wonderful. Unless that I've decided I'll do less of a few Light Years and I'll use a brand new AspX for my next journey. Well, the sacajawea is gettin' old... and well, now that I think about it I should maybe shave my beard...

Oh anyway, recording-logbook-computer, I was thinking I should give you a name, since anyway it's months we've known each other and since it's just you and me, and you're almost the only person I talk to when I'm out there except for Verity and Victor... So what do you think about... Echo? nice I'd say.

Well, time to go. One more coffee cup before heading out in the space to recover some arsenic and those chemical manipulators - as well as look for a station selling an AspX for a good price.

Woah I can't believe it. Today I woke up, remember I should update my logbook, have a coffee, found some old cassettes of an old TV Series "Bojack Horseman", binge-watched the first season and then when I found a few colonized systems nearby I realized: hey I'm back in the Bubble!

So now, the plan is to engineer my Sacajawea, upgrade it and outfit it properly for better journeys - then I'll do a trip to Maia or somewhere to find metalloys and bring them to Felicity (I think that's what she's called).

Damn, this system is beautiful. One of my favorites, no doubt.

Oh this icy planet has rings and it has a nice coloration - might try to land on it... oh, the station is inside an asteroid! Woah! NEVER seen one before, it's beautiful.

This system is so special... it's right inside a small nebula and it give this touch of beauty and "magic" I love.

Entry n°3 Aaaand here I am. Early this morning I reached v970 Scorpii and met my first two novas... I didn't use them to boost my jump tho, too scared.

I changed my mind and so I'm heading back to the Bubble to fix my ship (and I mean refit it properly), engineer it a bit and then I may as well start a new journey.

I'll update the logbook in case I find important systems. Till now, nothing too interesting, maybe a mapped ww but that's all... see ya soon