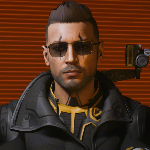 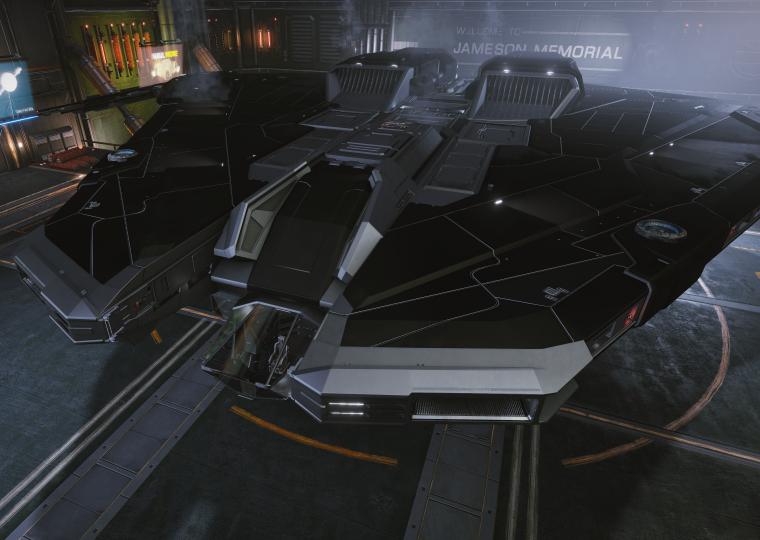 I have not yet discovered by myself any glowing green gas giant, but still wanted to have a closer look on those that have been already discovered and listed as POI on edastro.com. There is one in the system Flyue Bloae QN-Y c2-0 few jumps away of the DSSA FC in the northern part of the Newton's Vault region, and a nice one - a rose beige gas giant with some part of the upper clouds that are glowing in an iridescent green colour.

Few jumps away from the glowing green giant system, I have discovered a class V gas giant, orbiting 15ls of a A class star, and not far it two more stars.

And finally, arrived in the system Plae Chreou HK-A d6 where the FSSA FC Walk In The Shadows [KOV-LHW] is stationed, orbiting a nice ELW. As usual, did some minor repairs, registered and cashed (~280mio) my last discoveries. Had the paint job at 71% and decided to leave it as is. Ready to continue my route up north - next region to explore will be the Formorian Frontier, the last region before entering the Abyss and reaching Beagle Point. I truly enjoy the exploration :)

Further up north the region, 8 jumps away from my planned destination (Glowing green gas giant), I have discovered another ELW - system FLYUE BLOAE BW-A C2-0 A 3

Somewhere between the green gas giant and the DSSA FC Walk In The Shadows [KOV-LHW] I have discovered the 4th ELW of the region. System Plae Chreou JF-A d7 A 2

I was surprised by the presence of the DSSA FC here, as it was not mapped on the Edastro.com galactic map. The FC - Shepard's Dream [Q5Q-B8W] - is planned to be stationed in the western galactic edge in the Outer Scutum-Centaurus Arm region. Its presence here is most probably a temporary stop over on its route to the final planned destination. The FC is stationed on a very close orbit around the neutron star, In my opinion to the limit of the cone, which is really interesting. I have of course taken the advantage to repair, rearm and register/cash my discoveries (aprox. 200mio credits). This time I have also refreshed the paint job, after a long period at 0%. Fresh and clean look again! I am now ready to depart and continue my journey up north towards Beagle Point. Next region to discover will be the Hieronimus Delta.

bonus picture: a beautiful WW with two dwarf stars nearby.

Finally arrived at the DSSA FC "Wanderer's Rest NNT-W4Z". Registered and cashed 260mio of discoveries! :) and as usual, took the opportunity to repair/restock, but left the paint at 0% as I still want to see if the paint job will continue to deteriorate further or not + it gives a special bad boy look to my Krait MK II.

a Class A star System - FLYAI FLYE XP-X E1-33 containing one terraformable HCMW and one ELW. The ELW has some massive mountain chains.

I found a beautiful WW and HCMW with rings in the next system - Flyai Flye DS-R d5-110.

First stop was on the 5a moon orbiting a HCMW with rings. A very small metal rich body with a radius of 189km only, for which only one DSS probe was sufficient - 1 biological signal (blatteum bioluminescent anemones) and 10 geological (iron magma). Once on the surface at the biological signal location, I had a beautiful view on the primary HCMW with rings planet.

My second stop was on the 5th planet, a HMCW with stunning rings, containing two biological signals (blatteum bioluminescent anemones).

I made the 3rd exploration on a metal-rich body orbiting a class Y dwarf with rings. The planet contains 3 biological (blatteum bioluminescent anemones) and 17 geological signals (silicate magma).

My next exploration spot (4th) was on the closest moon (metal-rich body - B1a) of a Class IV GG, orbiting the 2nd B class star. 3 biological (blatteum), 12 geological signals (iron magma)

The 6th exploration spot was on the only moon orbiting another class IV GG, another metal-rich body, containing 2 biological (blatteum) and 9 geological (silicate magma) signals.

The 7th and last exploration step of the system was on the B3 metal-rich body with rings, containing 1 biological (blatteum) and 7 geological signals. Time to move on towards The Conduit and closest DSSA FC to register all the many discoveries made recently.

After a month of travel and exploration I have arrived to the last part (north) of the Outer Arm galactic region, close to the border to The Conduit region where I have found a cluster of B star systems containing some undiscovered biological systems (different types of Anemones).

Another interesting system, containing a Class V and IV with rings, and biological signals on two planets.

In another nearby system, found a WW with rings and made some nice shots.