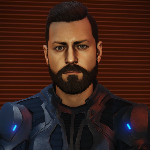 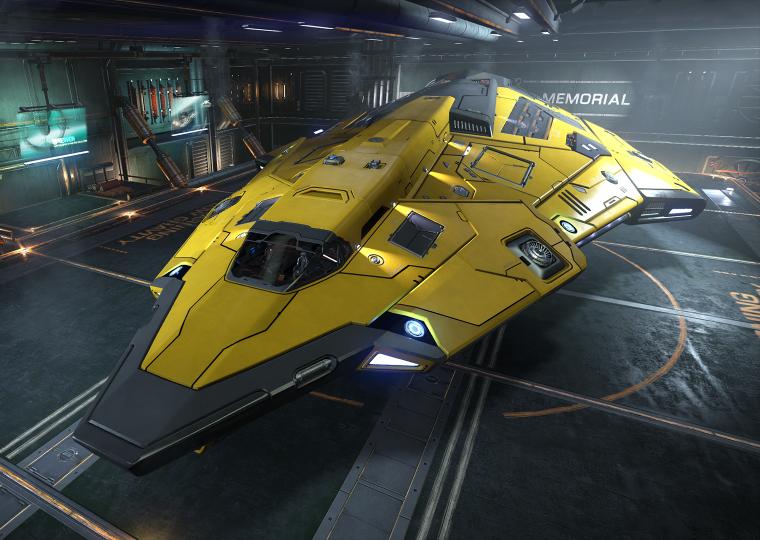 It has been over two months since my last entry. In that time I started and completed the Apollo 15 expedition. Due to my weekends always being busy I didn't manage any meetups unfortunately. I also missed the carrier coming back so I had 155 jumps to make under my own steam. When I got close to the bubble I did deviate towards a dark nebula full of Thargoid activity. I will visit there when I eventually have a ship to combat them.

On my return to the bubble I thought I would reach Elite explorer status but I was wrong, you need 320 million and not 300 million from exploration data. I did dump all my data at Professor Palin's base though and immediately got him up to level 5 engineering.

To get the final 20 million required I headed directly south out of the bubble for 20 jumps or so and then headed towards the California nebula. When I got back to Sirius and Patterson Enterprise I became an Elite explorer and received the permit to the Founder Worlds and Jameson's Memorial (the candy shop).

At Jameson's Memorial, (which did not disappoint) I bought a Python and equipped it for mining. I also gave it a livery so it looked like a JCB. Now I am currently engineering the components. FSD is done and power plant is adequately engineered. I need to get my thrusters and power distributors up to spec next but I need Conductive Components so I am off to find an appropriate Material trader at Hale Port. With a cargo capacity of 192 now, I’ll take a load of tobacco to sell with me.

It has been a few sessions since I last wrote anything.

Firstly I went to the Pleiades sector as I have found a spreadsheet on Thargoid structures. I found a inactive Thargoid structure, which was a very impressive swirl, similar to water going down a plug hole. There I found organic spikes with Meta-Alloys on plus Thargoid Skimmers. These travel in groups and are pretty easy to kill and give out loads of Thargoid materials when destroyed. I managed to get over 50 scanner parts, enough for Chloe Sedesi and Professor Palin. There were also nodes to scan there for rare data transmissions.

I travelled back to Shenve scanning all the way. I landed at Cinder Dock and unlocked Chloe Sedesi with the Thargoid Scanner parts. I then dumped all my travel data for 3 million to bring her up to level 3. This way I could tweak my Thrusters that were already at level 3. Ah! But I need a Security Firmware patch!

Went to Hanna Enterprise and picked up a surface scan mission. Had to locate a building in a nearby system on one of the planets there. Found it, shot the 2 skimmers there, got the data along with a wanted status and some platinum and goslarite.

Went back to Hanna Enterprise but now I am wanted it was pretty much closed to me. I had to pay my fines and go to a prison ship back in the Pleiades sector!

Travelled all the way back to the Shenve system scanning all the way and went back to Hanna Enterprise. Cashed in the mission and got my Security Firmware Patches (x5) and checked out the commodities market. All the goods I had stored, the Meta Alloys, Platinum and Goslarite had better prices at the nearby system Siniang.

Went back to Cinder Dock and dumped my travel data, another 4 million but this didn't raise Chloe Sedesi's level by much at all. Didn't really matter updated my Thrusters with the 'Drag Drive' experimental effect anyway. Bought some extra cargo rack space too, which knocked another light year from my jump range, I can always get rid of it later.

Next, plotting a course for Siniang to sell my commodities.

Over the last couple of sessions I have managed to do all the engineering on my modules for the Krait Phantom. All except the 'Drag Drives' for my thrusters as I haven't got any 'Security Firmware Patches'.

I now have a jump distance of 63 lys so I have headed back to the Shenve system and I have docked at Hanna Enterprise the station orbiting the planet with the Thargoid signals. In the next session I will investigate some of these signals.

I have bought a Krait Phantom! Over the past few days I have crawled through reddit and other people's builds for a Phantom build that will give me a great jump distance, ready for my expedition in July.

I have finished the build but need to engineer a number of modules so I need to visit a number of engineers now. The Phantom is upto a jump range of 62 ly's! Probably get a little worse but the ship does need some improvements to power, thrusters and shields.

Thinking of going back to Shenve to unlock Chloe Sedesi and visit the planet with the Thargoid signals on it.

Made it to the Shenve system and landed at Chloe Sedesi's base. Need 25 x Sensor Fragments to unlock her. These fragments are from Thargoid things apparently and interestingly the planet nearby has Thargoid signals. I am not risking landing there as I have too much Cartography data to loose.

Headed back to the bubble and Felicity Farseer. I dumped all my data there and got loads of first discovereds and 61 million credits! Now got to decided what to spend them on?

Made it to Barnard's Loop via Orion's Dark Region. Now heading towards the Witch Head Nebula and Chloe Sedesi.

Been thinking about a bigger ship for the next expedition, Krait Phantom maybe?

Made it to the Jellyfish nebula today, very nice and pink.

I have now travelled 5000ly from the start so I have unlocked Chloe Sedesi and Professor Palin.

I am setting a course back to the bubble via Orion's Dark Region and Barnard's Loop to get near to the witch Head Nebula and Shenve where Chloe Sedesi is.

Finished prospecting Yttrium and Antimony and started on my way towards the Jellyfish nebula.

Finished collecting Technetium in HIP 36601. Now off to Outotz LS-K D8-3 to get Yttrium and Antimony 11 jumps away.

Made it to Outotz LS-K D8-3 scanning all systems on the way but no first finds which I didn't expect to anyway. Landed on B5a Bio Site 17 and collected the Yttrium. Changed my controls of the SRV turret to use the mouse as well, which has helped loads. Managed to collect 150 units in about 25 mins.

Landed at B5c ready to collect Antimony, had to stop for lunch and then the pub.

I am prospecting on my own now as Ade is long gone.

Finished topping up Polonium to 150 at site 3 where it was flatter. Then took off and headed for C1 D where there where more biological signals. Found Ruthenium here and filled my boots to 150.

Docked on the Carrier 'Bloody Nuts' where I refueled, restocked, repaired and downloaded my cartography data (just in case), for 3.2 million. I was then promoted to 'Exploration: Ranger'.

Launched and headed off for C3B, where I have started to collect Tellurium.