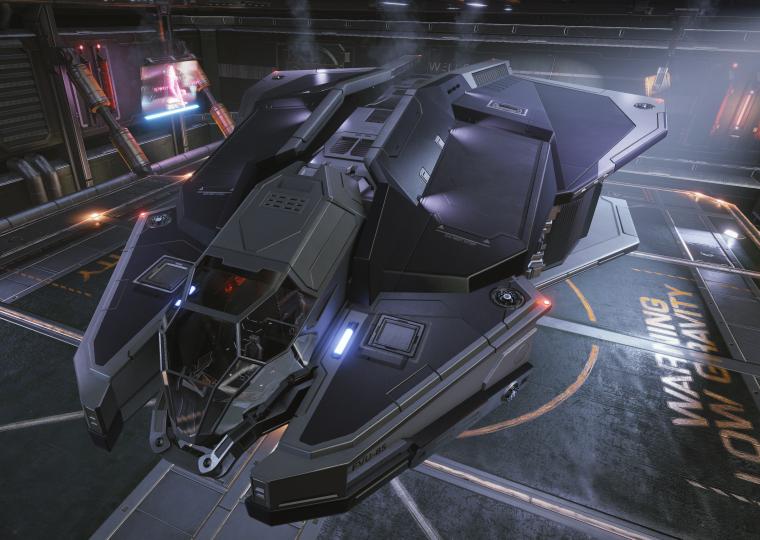 After the initial test flight of my brand spanking new AspX went so well in the Synuefe sector of the Inner Orion Sphere, I docked at Frigschneck's Resort in Fehu for some R&R and to tweak IL Vespucci's configuration. I was nervous about dropping the one weapon I had mounted on the hardpoint but pulled the trigger so to speak and did so. I also dropped a couple of other modules to increase the jump range. So after those alterations, I thought a shakedown cruise was in order. Setting out towards a nebula that had caught my eye on the initial test flight and I'm five... or is it six???... days in, it has gone rather well.

I spent a day in system Synuefe FR-M d7-8 exploring and mapping 44 stellar bodies that had yet been surveyed and mapped. Just a couple of days later, jumped into HD 19123 with 80 stellar bodies, another system I found myself spending a good chunk of time in; although, many of the planets there had already been mapped.

Despite advice to downsize the power plant on the Vespucci, I was a tad nervous to do so... so, I kept the 4A. I should have taken the advice as I have more power than I need, even with all modules on I'm only using 80% of its total output... which means I will likely downsize to a 3A or even go as small as a 2A. I can probably save weight on the power distributor as well. Even though I'm not always jumping maximum distances since I'm exploring, as I get further towards the edge of the galaxy and away from the galactic plane, the stars systems are more sparse; so, it will be handy to have a few extra light years if I need them to be able to reach a system. I've already run into having to plot around dead space to reach a system and I'm only just shy of 1,500 light-years from Sol.

I'm glad I took the advice and brought along an AFM as I came in too hot for a planetary landing to inspect some geological I had discovered. Nothing serious, but I did take some internal damage; although, it is something I need to be careful for when I head out for an extended journey into The Black.

Going to start to head back to the bubble tomorrow for a final refit, some R&R, and a pint or two or three as I plan out a route to a black hole I discovered in one of the nebulae's in the Formidine Rift as I going over the maps and charts.

You all stay safe out there. I've noticed a lot of Thargoid activity in some of the systems I've dropped into.

Just a few short weeks out of the Pilot Federation system, and I'm so green that the "new commander smell" wafting off me... well... every pirate and Thargoid between the Bubble and Colonia probably has caught wind of me. But one cannot let the fear of interdiction or Thargoids stop one from getting out among the stars and into the black.

Credits from mining platinum that are burning a hole in my pocket, and I've had my eye on a new Asp Explorer. So I've dropped some coin, dubbed the new ship the Il Vespucci after the famous Italian explorer from Earth's 15th-Century, and docked the Keelback at Hackworth Orbital. Truth be told the Minatore I has been good to me and I'll miss her, but The Black, it calls to me. After getting some much-advised upgrades from Felicity Farseer, I spent a few days in the Synuefe Sector and put this AspX through her paces, test flight, mini-exploration run if you will for the Vespucci.

I traveled "down" just over 700 Ly from the galactic plane. No new stars or planetary bodies discovered but there were a few systems where the planets had not been mapped in detail. Things could not have gone any better.

I'm docking at the closest station, Frigschneck's Resort in Fehu, for a wee bit of R&R and to make a few adjustments before heading back out.

To say the exploration itch has got ahold of me is an understatement. The Black is a seductive mistress calling out, beckoning to me... that or some Thargoid technology luring me from the safety of the bubble...

Where to next? There is a nebula off in the distance that caught my eye...