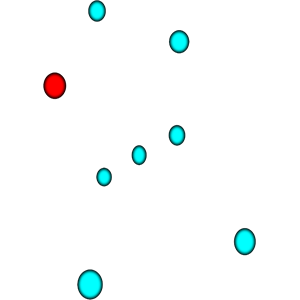 Orion, the mighty hunter of ancient Greek legend. A figure immortalised in the famous constellation that bears his name. Most of us know the Orion constellation of the northern sky very well. It's one of the easiest to recognise in the heavens. Since the main body is comprised of several bright stars. Including the easily spotted Rigel, and Betelgeuse.

Aside from the constellation, Orion also lends its name to the Orion-Cygnus Arm of our galaxy. This in turn leads to a region where it collides with the Perseus Arm of the galaxy. That place is known as the Orio-Persean Conflux or Orion-Perseus Conflux (depending if you're using the mapping terms of EDSM Galactic Maps or those of the Pilots Federation Mapping Service). The region is vast, and essentially under explored. Previous expeditions to the territory (like the Mercury 7 Expedition) have yielded a treasure trove of discoveries.Although this may just be scratching the surface of possible new discoveries and further understanding of this region. Orion was also the name of a early 21st Century spacecraft, that was designed to take humans to the Earth's Moon and to Mars.

In light of the under explored nature of the region: it is the aim of the new Orion Expedition to shine the torch of discovery into this remote place in our galaxy.

On January 12th 3306 the Orion Expedition will depart the Betelgeuse star system (Orion's brightest star), to venture into the unknown and open a new chapter in discovery! It will then explore the Orio-Persean Conflux, and finally come to a halt at Explorers Anchorage near Sagittarius A*, on April 19th 3306.

We welcome all Commanders of good will to join us on this journey.

CMDRs on all platforms (PC, Xbox, and PS4) are welcome to join in the expedition. As the Distant Worlds 2 and Apollo 11 Expeditions especially proved, there are enthusiastic and vibrant communities of players on all three platforms. All following the same expedition, all with the same goals of adventure, investigation, and enjoyment.

This expedition is brought to you by the same people who were behind events such as : the Apollo 11 Expedition, Minerva Centaurus Expedition, and the Mercury 7 Expedition.

Note: the waypoints are subject to change

2) Join our Discord server. It is the expedition's means of communication - https://discord.gg/g7Z8bsd

3) If on PC sign up for the FleetComm Private group if you are not already a member - https://forums.frontier.co.uk/threads/announcing-fleetcomm-the-exploration-focused-private-pc-group.474455/