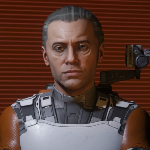 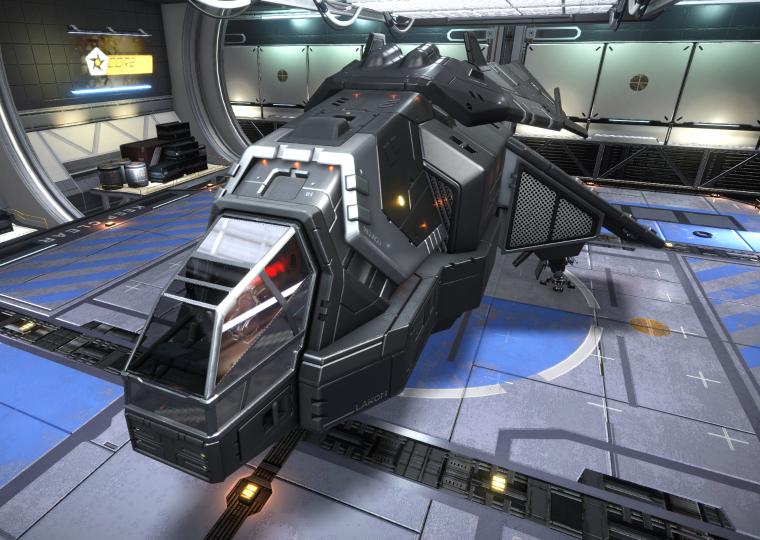 So, I held onto that Exobiology data, awaiting the forthcoming payment buff, as previously mentioned.

So today I cashed it in, trading in around 25 Million credits worth (In old money, so to speak).

My conclusion: The system is broken! I was previously at 19% on Elite (No numbers), now I'm a fully rated Elite V.

These are the figures of my transaction. I watched it very closely:

Quite disappointed really. I enjoyed the experience. However now, even the most common of bacteria on any old moon or planet is worth more than mapping a Decent sized Terraformable HMC World...

And heaven forfend seeing a biological Stratum signal on a HMC World, where the same system has an Earth-like World... The Stratum is worth more than three times as much as that gorgeous Earth-like planet...

Pay me a nice bonus for scanning all the Biologicals on a Moon/Planet, or better yet, every single Biological in a system.

Balance is needed, I believe.

I'm an explorer, always have been. Always will be, to be honest. Very rarely dipping in and out of the Bubble experience.

Initially, (February 3306) I headed out in my unengineered DBX with a 37LY jump range, believing it was amazing, and at the time it was, being a historic legacy of my months of time spent in Frontier: Elite II many years (Decades) previous, where anything above a 15Ly range was great (Albeit there was an exploit, set around 255-256Ly years, which took me some time to find. No such exploit in ED).

I headed out, but often found those distances between spiral arms difficult, especially as I was avoiding areas others had visited (seriously, nebula may have interesting content, but they're the equivalent of a tourist hotspot with an orbital McDonald's). I then bought into Horizons... And I came back to the Bubble (March 3306), did some grind, and visited both Felicity Farseer and Elvira Murtuuk.

I left again (April 3306), only this time my DBX had a jump range of nearly 59Ly, fully fueled. That was enough. I went the lengths and depths of the outer galactic plane, frequently using Synthesis to increase jump range (Establishing a few records in the process), but that was enough. After 26 months I returned to the bubble, this time in Colonia. All of the foraging for materials had been pretty much maxed out beforehand (Also, the distance to colonized space before you see 'Distress Beacon' or 'Minor Wreckage' appearing on planets/moons is around 2600Ly). I bought a pre-engineered Frame Shift Drive V1 from a tech broker. Suddenly, my DBX's 58.68Ly range became 62.25Ly. Happy days!

I know I can fly back to the Bubble, add Mass Manager to the pre- engineered FSD, taking my jump range to 64.64Ly, I know I could do the Guardian grind, lose my Hull Repair option, and add a Guardian Frame Shift Drive booster, taking me to 73.50Ly jump range... But I just can't be bothered. I have already proven to myself that a jump range of around 60Ly is enough.

I am an explorer. My ship will always be self-sufficient, can repair everything (Power Plant aside), requiring no assistance and has no reliance on anyone or anything. A true state of independence has costs, and a lower jump range is fine by me.

The very best of explorations, Commanders.

I look at sources, telling me there's now a 440 million credit requirement to reach Exobiology rank Elite I. However, now working my way through that rank, that clearly isn't correct. I don't know whether it becomes progressively steeper with each additional rank (I'm sure I'll find out), however, the rank progression from 'Elite' to 'Elite I' is clearly a somewhat more reasonable 250 million credits.

I also understand an Exobiology value buff from Vista Genomics is coming, so holding onto my current data, and advise everyone to do the same... Though I'm personally expecting that buff to come only at Stations, not exploration based Fleet Carriers... Furthermore, it would also be nice to receive a bonus for both Discovering all Biological Signals on a planet, or all signals in a system... But I'll wait and watch.

So, Fleet Carriers... Originally, I was extremely reluctant to the notion. The DSSA have done, and continue to do, a fantastically remarkable job in assisting explorers. Indeed, those carriers arranged around the rim of the galaxy have earned over Three billion credits from me over the years... But they are always there, in a fixed position and continue to be a wonderful resource.

Now though, I own one. Have done so for a number of months... Mind you, I have still only experienced a carrier jump from the bridge once.

Much more convenient to have the Fleet Carrier jump, either into a system you're currently exploring planet-side for Biologicals, or into a bookmarked system that you're heading too shortly thereafter.

Also, appreciably, there appears to be no cost penalty or deduction at Fleet Carrier based Vista Genomics. Full price and 1st discovery bonus paid... Thank the heavens! It's hard enough as it is!

That 12.5% that comes off Universal Cartographics for the Carrier Owner is also beneficial for upkeep costs.

I also enjoy having access to my fleet of ships, should I wish to change things up a bit, out in the black.

Nevertheless, my mission continues. I wish you fruitful explorations, Commanders.

Regularly, Black Hole systems contain multiple stars, particularly, Neutron stars and White Dwarfs... Some of these, if in tight orbit to the Black Hole, will very occasionally, essentially try and kill you, or at least give you a bloody good fright, on entry. Be prepared to act on that.

Current number of Black Holes that I've first-discovered in this sector: 2340
(I'll update this as I progress).

Does anything happen when they're all discovered? Does FDev even notice or pay attention?

Well, already 1600 light years out from Colonia. I originally thought I'd finish upgrading the Maverick and Artemis suits to max level, but then a couple of hitches. One: When I reconnected today, all of my previously collected Power Regulators had turned into 'Degraded Power Regulators' which caused significant consternation! I didn't realize they had a sell by date! Two: I sourced another, and was busy harvesting Manufacturing Instructions and Chemical Inventory from a site... I was just waiting for the Power Regular drawer to open when... Connection lost. When I reconnected, the power regulator was gone, the base powered down again, my SRV had somehow conveniently made its way back to my ship on its own. I was dumped randomly in the middle of a base now full of immediately hostile resurrected Pirates and my ship was 1.2 Kilometres away. Happy days!

Needless to say, I've left that all behind. I now consider Ratraii to be my home system. Sitting on the Bridge for my first Fleet Carrier jump was awesome. I'm now back where I belong: The depths of space. Outpost Gaitskell offers Repair facilities, Universal Cartographics and Vista Genomics as extra services. Truly a no frills exploration vessel. Wherever it is, it's likely interesting space. Hopefully see you out there sometime, Commanders!