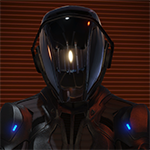 I was looking for a new adventure after reaching triple Elite, King & Admiral and decided to build myself a well-engineered exploration Anaconda, the Strider. Once complete I looked for something to do and headed out into the black in a southerly direction from Sol. My intention was to get as far south as I possibly could using my new max J3-enhanced range of 126Ly. I know I can get a lot further out than I reached when I completed my Cardinal Points exped (see https://forums.frontier.co.uk/showthread.php?t=220552&highlight=cardinal).

While I was preparing the Strider for her journey, the news was full of the forthcoming Dead End's Circumnavigation Expedition (DECE from here!). At first I just sat back and wished my fellow Cmdrs well, I had my own journey to make after all. The more I watched and read about the start of the expedition, the massive distance they intended travelling and looked at the names of those participating I realised that this could be a great adventure to join.

Well, although I missed the deadline for the official roster, I've decided to tag along the route of the Dead End's Circumnavigation Expedition.

I retraced my steps back to the launch point at HIP 23759 on 29 Oct 2017 and then played catch-up with the rest of the exped. I was only a few hours into my journey when my father was struck down with a massive stroke from which he never awoke. He passed peacefully in his sleep on the 30 of November, less than a week from his 80th birthday. In his memory and in honour of his time in the Royal Air Force, I've renamed my ship 'Per Ardua Ad Astra' which is Latin for 'Through adversity to the stars', the RAF motto and a fitting description of Dad's latter years.