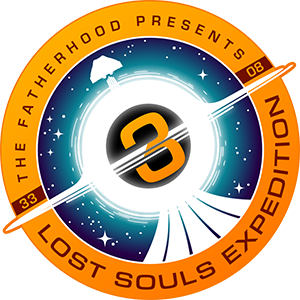 After much planning and anticipation, The Fatherhood is pleased to announce the Lost Souls Expedition 3!!

What is the Lost Souls Expedition?

Several years ago a brave group of explorers set out from the familiar space around The Bubble to set eyes on planets, phenomena and a great many icy bodies that no one else had seen before. They navigated and mapped their way across the Formidine Rift and investigated what happened to the Lost Souls aboard the Zurara.

A year later, invigorated from their success, The Fatherhood sent a second group of Explorers and Mappers to Colonia and west across The Void.

Lost Souls 3 aims for lofty goals. We will be traveling due west from Hajangai until there are no longer stars to jump to, then south around the Outer Arm then back to Hajangai for drinks!

The Lost Souls Expeditions are tailored for Explorers of all ability. Whether you’re a seasoned vet or have never left The Bubble, you will have a place among the Lost Souls!

Waypoints will be released weekly on each Friday at 12pm and mass jumps to commence on the following Sunday at 9pm.

For full registration please follow the link below. https://thefatherhoodwing.space/lost-souls/registration/