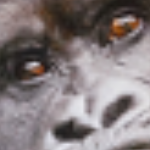 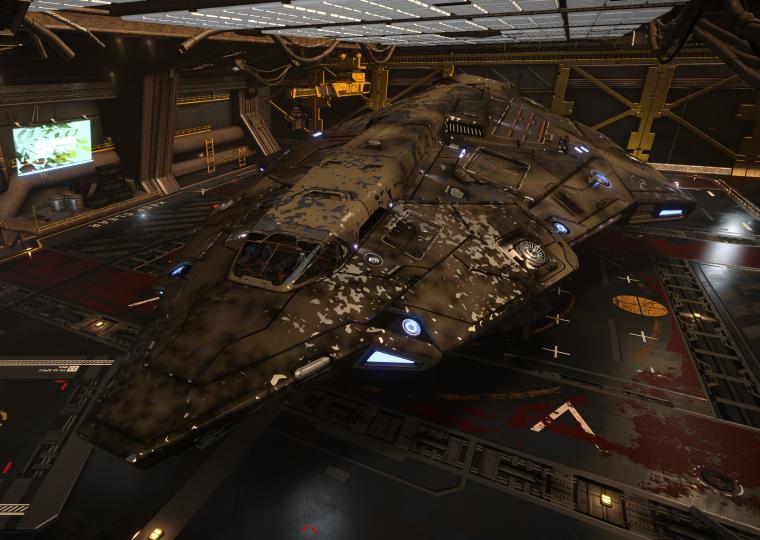 Humanity has spread to the stars We set out like ancient seafarers to explore the limitless ocean of space.

But no matter how far we venture into the unknown. The worst monsters are those we bring with us

Just a quickie. I plod on in the name of absolutely nothing. If I don't keep going then it all comes to an end. I need to get back to my home in Colinia. I know, FDev spelled it wrong.

My dog leg strategy is working well. I am constantly jumping into new and unexplored systems. I mean, this is what it's all about. Hoping to land somewhere and find the elusive alien site nestled somewhere out here in the black. Considering where the Generation ships have been found there's no chance of finding a remnant of our natural 'Ancients', as far out as this. How good would it be to come across an escaped relative of the Guardian culture though? Or even some derivative of their nemesis, the AI that they created? You couldn't imagine what level they may have morphed into.

In my spare time, bed time reading, I try and catch up with ED lore. I admit currently I know literally nothing but every morsel is like a feast. I'm back on the booze so I raise a glass to those intrepid adventuring detective explorers who strive to solve the puzzles scattered around the black.

So because of these thoughts I contemplate future destinations. With Hawkins, Formadine and Raxxla floating in my small head. Exciting times ahead but first I need to get home and cash in. How much for a fleet carrier did you say???

Seems I am on the path of greatness. Another system first discovered by Sam Ishum. I only know he was the first to visit this system. The details are sketchy at best. I know not when or how long ago that intrepid explorer passed through here but I feel it was long enough that he didn't have the tools to scan all of the bodies here.

I have made 1.3M mapping just one body. I'll give him a bum if we ever meet. They say it isn't good to meet your heroes. I don't know. We'll see come Lavecon in July. Make sure you are well bathed fellow Apes. Yes, that means you two heroes, Taffer and Presence.

Pah! I'm rambling. The direction I'm travelling has the sun in my eyes. Sure I'm missing a ton of stuff. Is it reflections or do I have cataracts?

Carrying on regardless I worm my way back to Colinia slowly but.. very slowly then surely. I am making good progress though in my efforts at scanning and mapping systems. All thanks to Cmdr. The Presence for setting me up there as well.

Looking back on my progress through this journey as a Commander in Elite Dangerous I have to reiterate I am where I am, who I am as a pilot and blah blah to him there above. We don't hang out so much these days as our paths have somewhat diversified recently. His taking him back t'Bubble to take part in a secret mission!

The less said about that the better eh? So! That left me with a lot less to do out in Colinia. It was then I decided to head out and see what might happen. We still don't know but I am certain I'm more than half way in my journey and the Remlock seal is still holding up.

Catching up to final events, I decided 3 more jumps might take me to O'clock or when both hands are pointing up. Late enough for me. ..and glad I did too. My final jump brought me into a system with high value bodies AND one with Bio's. Unexplored to boot. Cliewou MS-R D5-0 is the beast. Having found a lot of Bio's previously I was topped up with 4 of the 5 G5 materials. This one gave me Technetium, the missing link.

Think I might plot a more direct route home now. I seem to be using a lot of jumponium this last few days.

Well there you go. A lesson learned or will it be. I tend to perform these operations like a robot which you might think would be the best way. If I'm doing it right then no harm will befall me.

Yeah, you'd think. I was all of the above. Let me try and explain what happened next.

The jump concluded into a system, CLIEWOU LY-F D12-0, a system with nothing...but 5 stars. I literally arrived and didn't stop. I ran into and bumped the star out of the way. Instantaneously filling my fuel tanks and ripping a lot of damage into my modules. Fortunately no hull damage occurred. The module damage was attributed to the instantaneous heat build up. There wasn't anything I could have done. Game bug? Just a reminder from him up above? Who knows?

I've already started on my way home to Colinia. Decided to head back out the same way from Ishum's. Not a choice really since it's the only way out!

What I've done is get back to a point where I can see stars that are within jumping range again and plotted a loose route towards home. Once on the highway I have taken a sharp right and made my way in daily thousand LY jumps in that direction. I'm gonna do this and hopefully after a week or so in this direction make a course change directly to Tolly's.

This way I hope to be off the beaten path. My journey home from there might be in virgin territory. Currently I'm mapping and scanning every system I jump into. They are mostly pre-discovered. I am finding a lot of water worlds and bodies making me money though. A helluva lot of big systems some 36+ bodies, so this is slowing me up a ton.

Yesterday's highlight was that I jumped into a system that had originally been discovered by our illustrious explorer Sam Ishum himself. I felt quite proud to be travelling the same path as he. Where is he now? I wonder.

Currently my carto is a tad below 350M. Kirky out!

Arrived around supper time yesterday. Strong sense of relief to finally arrive. Decided to map the money making bodies initially. After such a long journey I feel I should take some time here to relax and get down and a bit dirty. So I've decided to land and get the Rover oot. I've chosen 9c first of all because it has a good percentage of my old girlfriend Selena. I can never get enough Selenium. I will head out to 9f as theoretically it would be the furthest away from Sol. I think someone has named this body as Salome's Reach but I'm no lore expert. Time to get out and about.

This body as I came in to land is low grav, about 0.04g so it kicks up a lot of dust. The view as you come in is totally obscured because of...cloud, ice vapor, dust, smoke? Whatever it is it is eerily ghost like. It's like a picture only blurred. Perpetual sand storm made of purpley particles. I should get a snap.

Now on 9f. Let's get out there. Strange, every time I get in the Rover my thoughts turn to our intrepid buckyball driver Toberius. Stranger still, as soon as I hit solid he sent me a message. Mind thought and distance ... works in mysterious ways. Who would know?

Okay! I feel like the job is done. Time to head home to Tolagarf's Junkyard in Colinia. I think this will be interesting. Hopefully gonna map all the systems on the way back. Plan is to head out of the way to create a start point that might not have been used before. See if I can pick up a virgin........system. Or two, is my luck in? I have no pre-set route, here goes. Bye bye Semotus Point.

Captain's Log...here we go. I've given my old chum plenty of time to gather materials to make jumponium so's we can carry on together to the next destination on my void trip. Unfortunately personal things have held him back. Him not wanting to hold me up any longer, has cut me loose. I'm making my own way solo. it's going to be difficult i think. Anyway I have a rough idea of my route. I have 21 jumps pencilled in for today. 3 jumps into it and my mapping has taken me 179 kLs to do a water world. Worth over half a mil in creds so needs to be done. Ishum's Reack or Semotus beacon. Supposed to be one of the most distant spots able to be reached currently. Looking forward to this a lot.

So who's heard of Ishum's Reach? Sometimes called Semotus Beacon or Salome's Reach.

Here's Wiki's view on it. Oevasy SG-Y d0, colloquially known as Semotus Beacon or Ishum's Reach, is a system in The Abyss. It is one of the most remote discovered star systems in the Milky Way galaxy, at a distance of 65,647.34 LY from Sol and 547.52 Ly from Beagle Point. Whereas Beagle Point can be reached without utilising Engineers or FSD Injections, Oevasy SG-Y d0 is so isolated that a jump range of 82.68 Ly is necessary along the route to reach it, making Engineering and FSD Injections mandatory. Only the most dedicated explorers have succeeded in travelling to the system and returning intact.

So after having a good blether, we decide this is something we are both interested in doing. It isn't easy. I understand we'll need a ship with at least 42 Ly jump range as standard. By using premium level Jumponium it will get you across the hurdle of an 82 Ly gap between systems on the route.

Turns out my material stocks are healthy enough to do this. Remember we'll need enough to get there and the same amount at least to get out from this dead end and back to scoopable stars. My buddy unfortunately doesn't have hardly any of the stuff onboard.

So from now on he will planet hop and try gathering mats for this journey. That is where my exploration before the rendezvous has come in handy. I've given him a list of all the bodies I know with the relevant, 'good stuff'.

It was great. Absolutely wonderful at last to meet up after travelling I don't know, Colonia across the Abyss to Beagle Point or nearly just to surprise my auld chum. Maybe 45K Ly's?

Anyway it's all done and I'm quite excited about the whole issue. We catch up. Turns out he was on the Distant Worlds 2 expedition with all those hundreds of other Elite pilots. Then when his illness kicked in he spent nearly 6 months in and out of hospital. When he got out and was able...He was alone. The expedition had moved on and there he was.

I had made my way out to visit Beagle Point while he was getting sorted and re-installing the programme. This has been my first expedition ever and solo into the bargain. I'm starting to get a strange liking for being out here.

We talk about what might be next for us. He's not sure what to do. Me, I want to take a dog leg from here and get off the well trodden path and explore my way home to TolaGarf's Junkyard, Kojeara back in Colinia.

Then we have an idea.