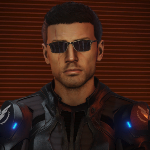 Going in space after problems

So I've been docked for a long while now, but I think I will be able to go back in space soon. One of the biggest things that kept me docked is a bad computer. I ended up having the manufacture look at it since it was under warranty, and they will be sending it tomorrow. So maybe by next week I will be back in my ship and ready to go.

Being docked for such a long time, I kinda gotten bored and had no choice but to stay up with rumors. While most don't pay out, I might check this one out. I heard a station was under attack, and it maybe a great way to make some money and rep. I will have to look that up to see if it is true or still going on once my ship is ready.

As I suspected, I basically stopped flying due to my dog dying and the stress of things. I'm kinda getting back into things, but it will take more time. But in the time between, I seen a news report of people getting a free decal if they land at a given station or exact mega ships. Because of that, I did exactly that. I got this cool decal now. 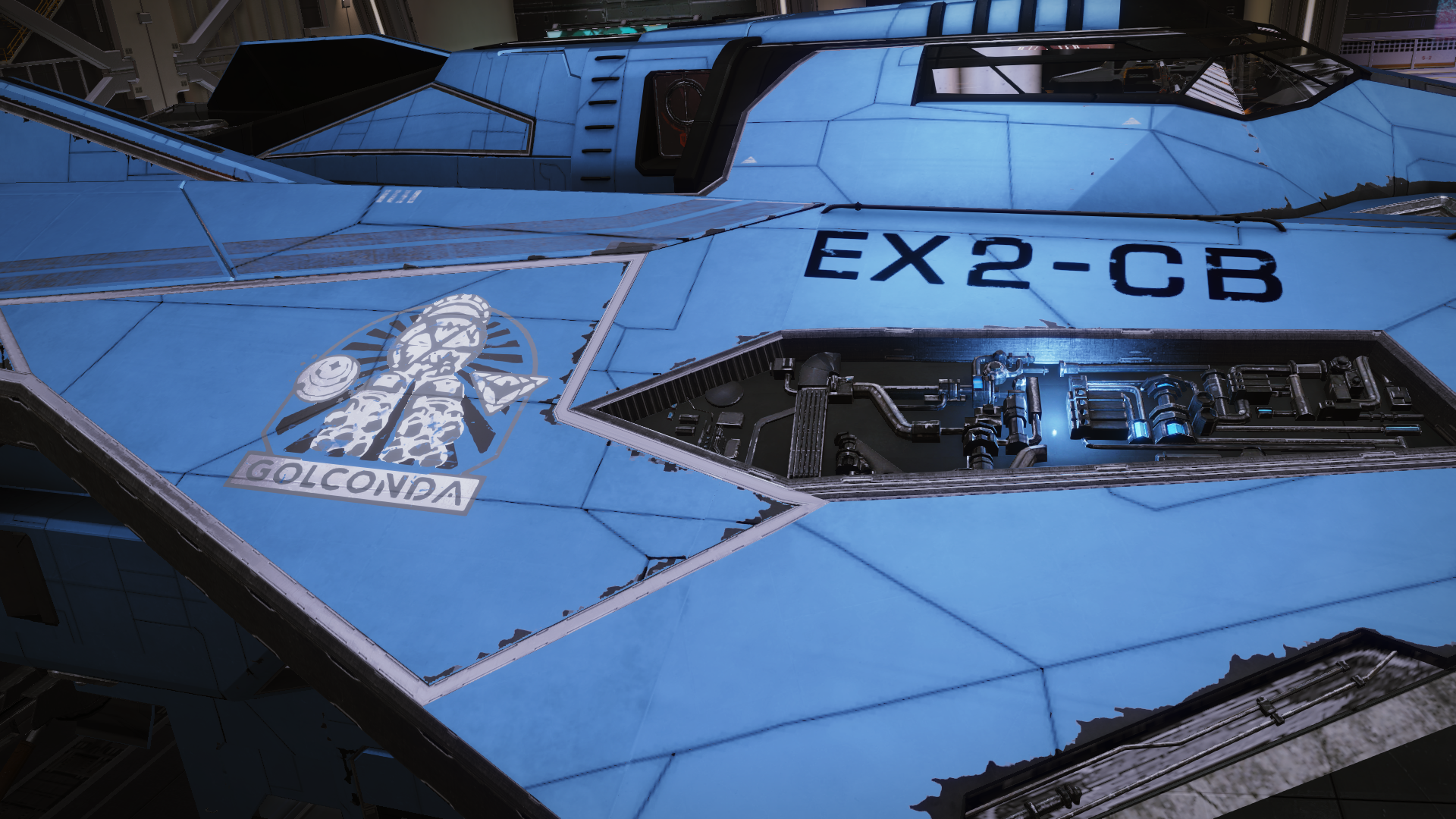 From my understanding, the Golconda ship took off from Earth a long time ago and just recent it was found. There was several generations on board and most were sick. Due to this, everyone tried to help out. And with how things are, they even gotten their own station.

Right now I'm sitting at Fozard Port waiting on my smaller ships to jump to the new station. Also, I'm way too tired to go to the new station anyways. It was a bit stupid, but I fallen asleep a number of times flying here.

Maybe later this week I will check it out.

So I started some missions for the empire, and I think this will take a while to increase my rank. Something I heard of a while back is to use booming systems to trade back and forward with. I will look into this next time I'm out.

Anyways, I gotten a few pictures while I was out today. 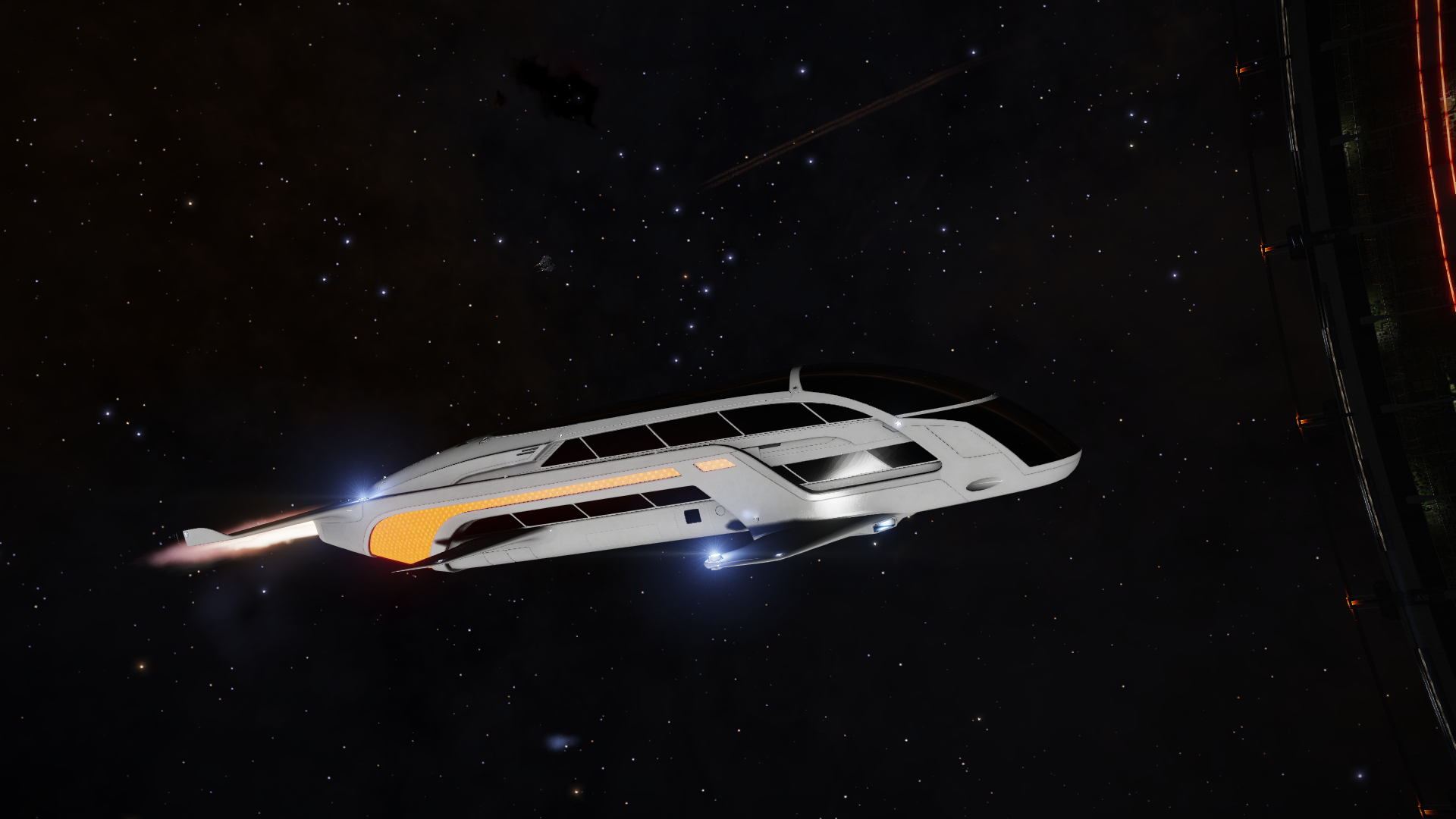 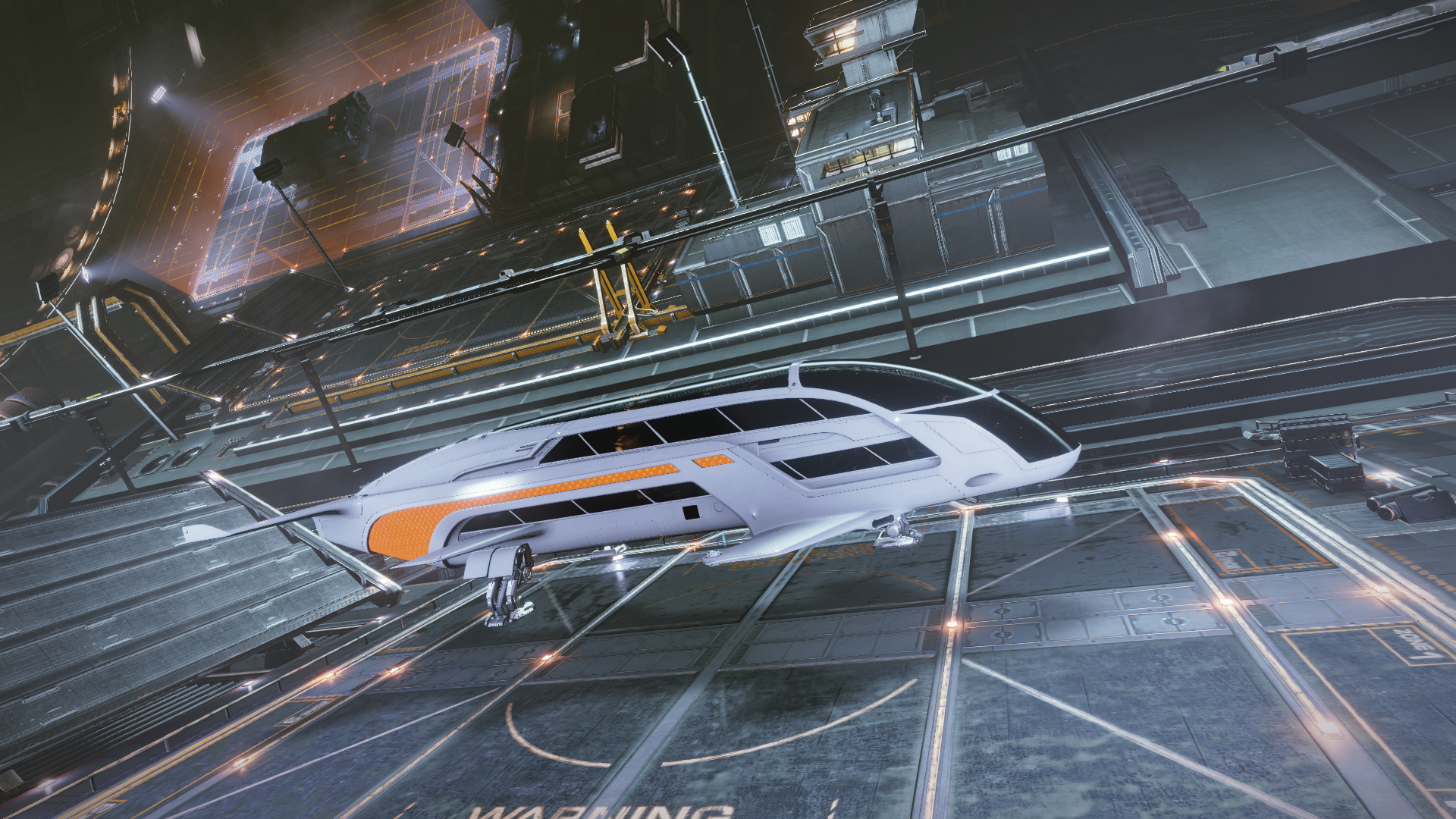 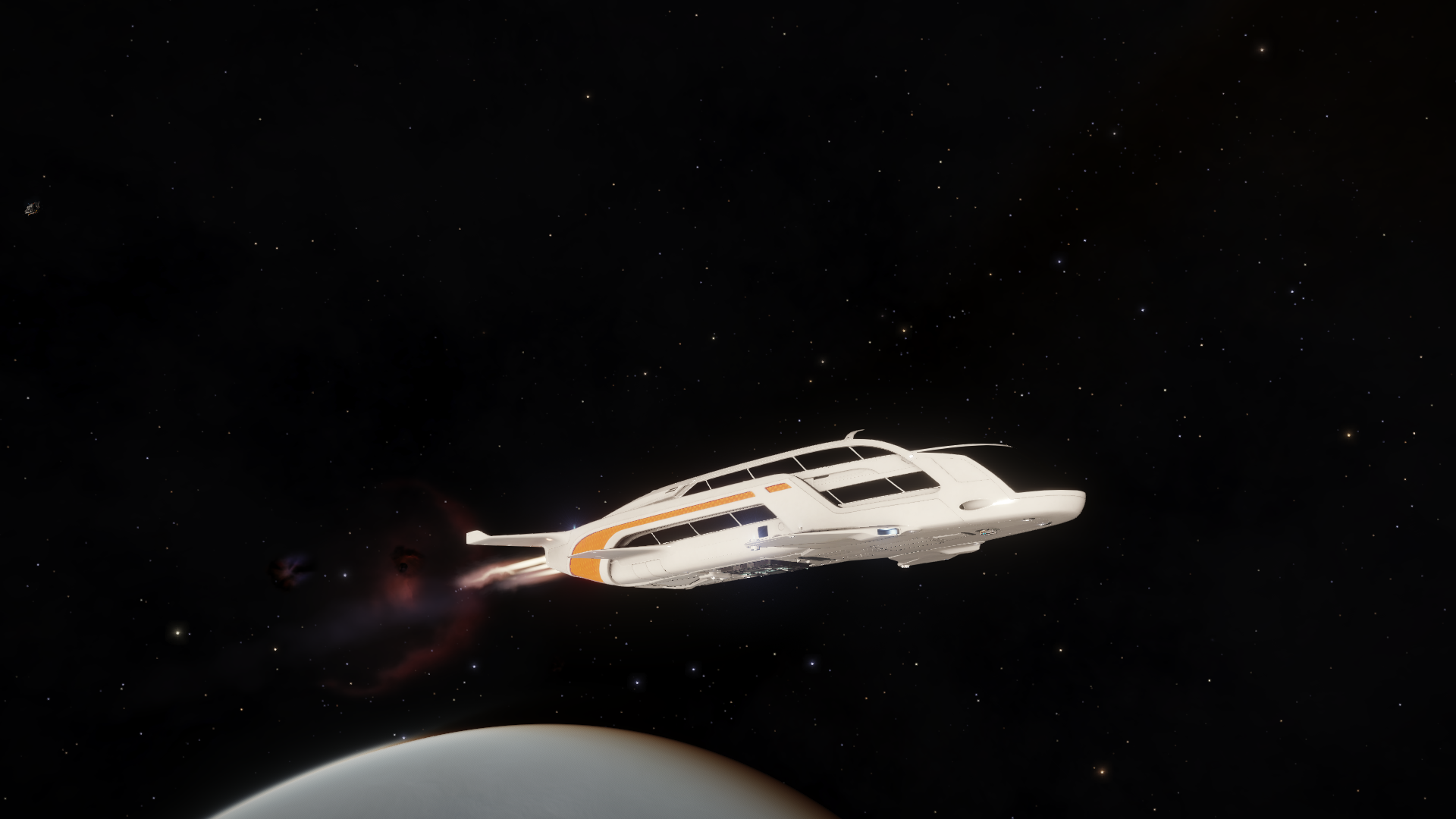 As I predicted, I stopped flying for the most part when I got near SOL after my dog died. I don't have the heart to do a long trip right now, but I might do some short missions. I moved a few ships to the HQ of the Empire so I can work on that rank. Something I might do is work on my combat rank.

I did some research a while back, and I found out my combat rank won't go up unless if I fight those with equal or better rank.

I bought 2 ships in honor of my dogs that died. Originally, I was going to only buy one for Tiffany which died almost a week ago (10/7/19). But it turns out I never bought one for Angel. Because I don't know the date she died, I just made the ID "ILOVEYOU".

I honestly don't think I will use the ships, but at least their name lives on in some way. I wish I could've done more.

The last picture I have of Tiffany (the dog) before she died. This was taking a few hours before she was put down. 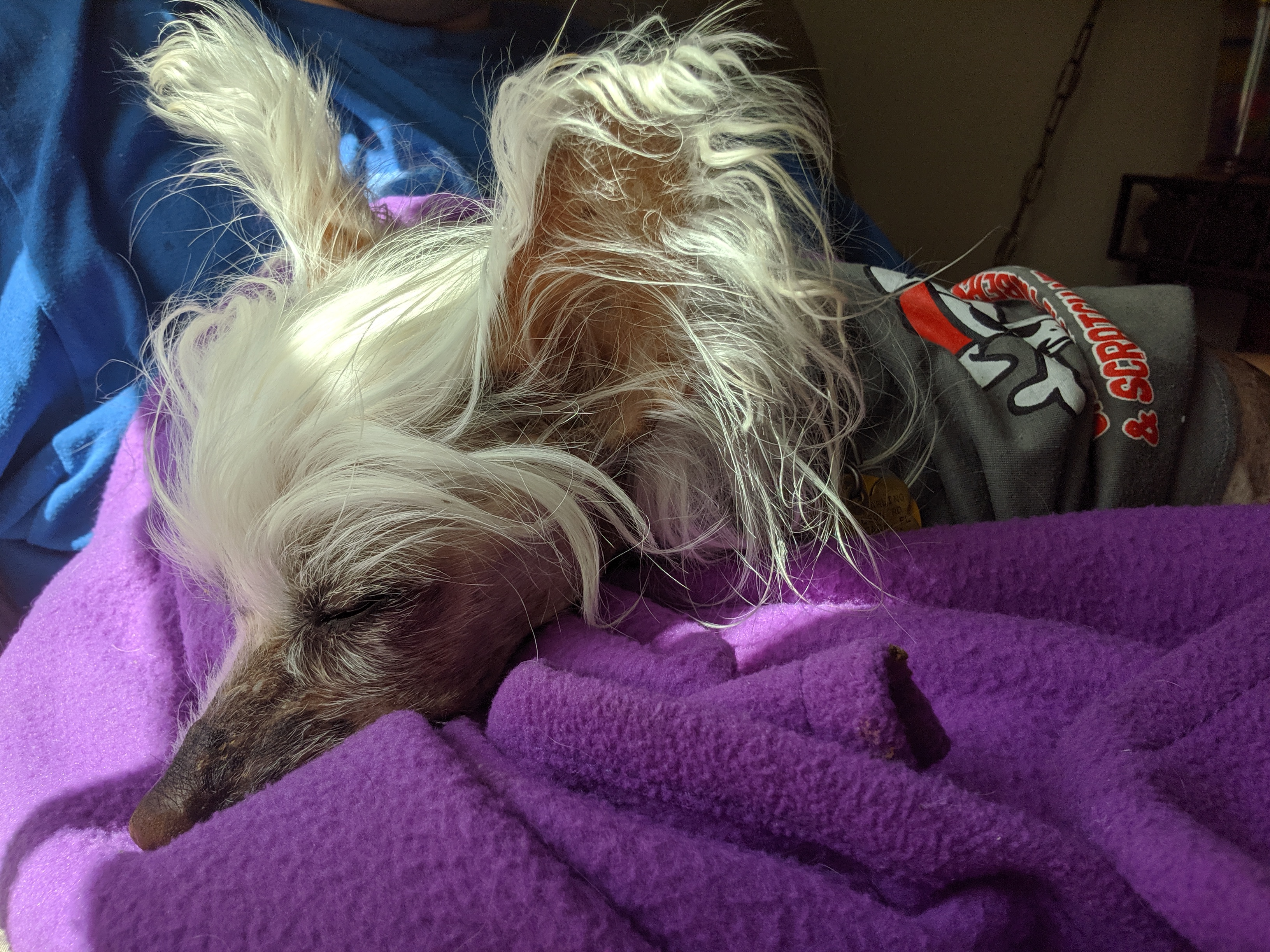 Pictures of the ship Tiffany. 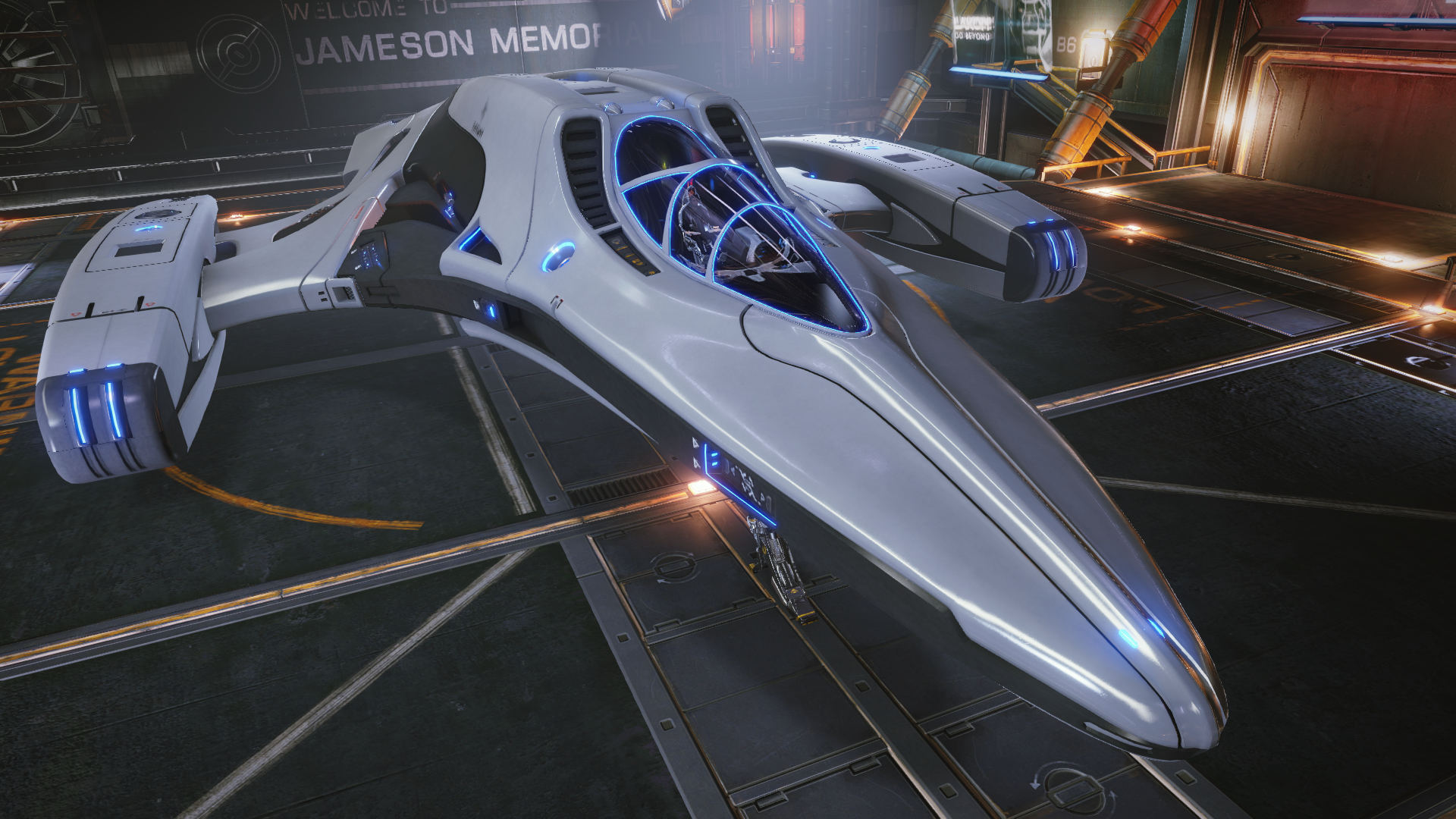 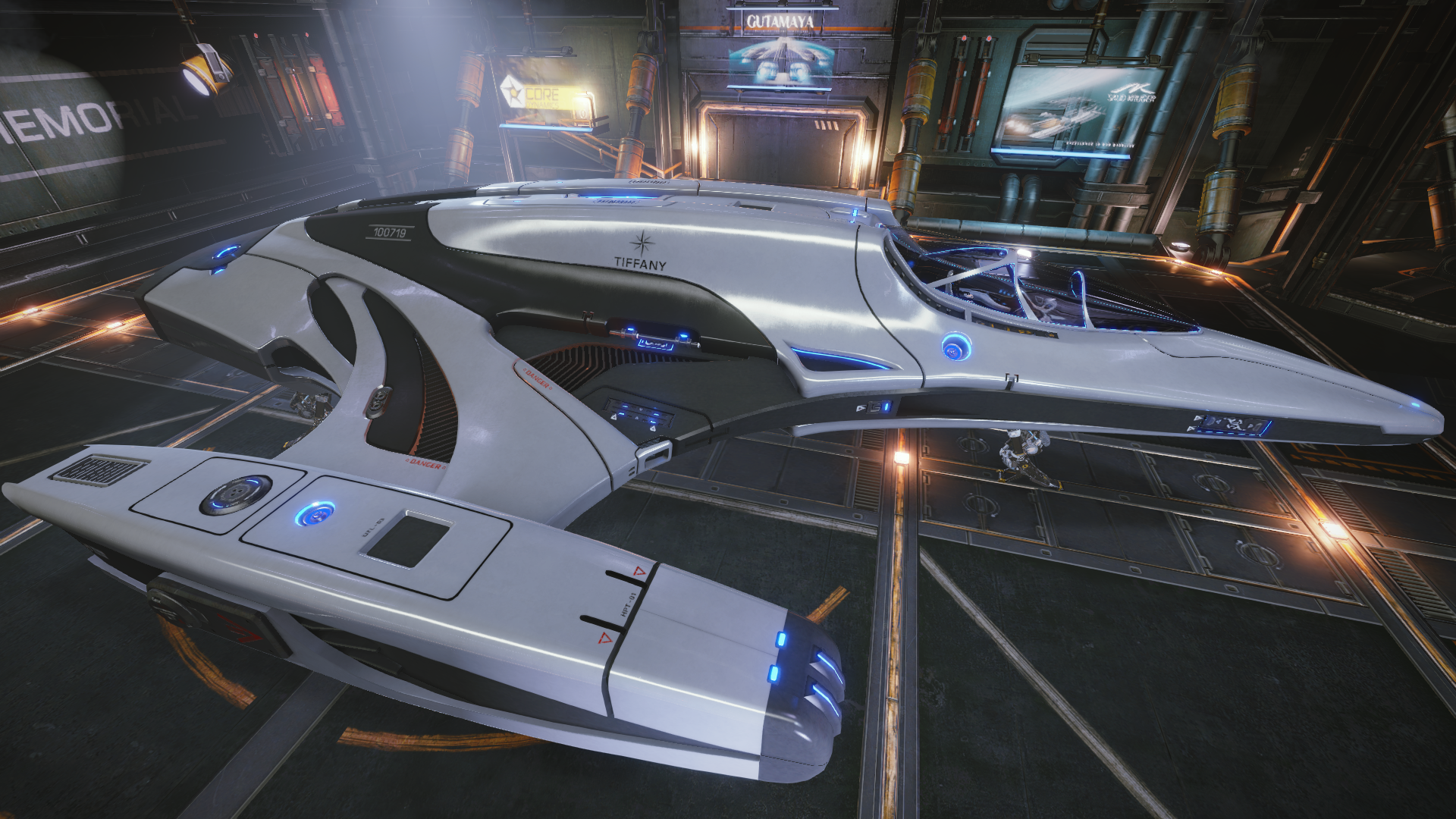 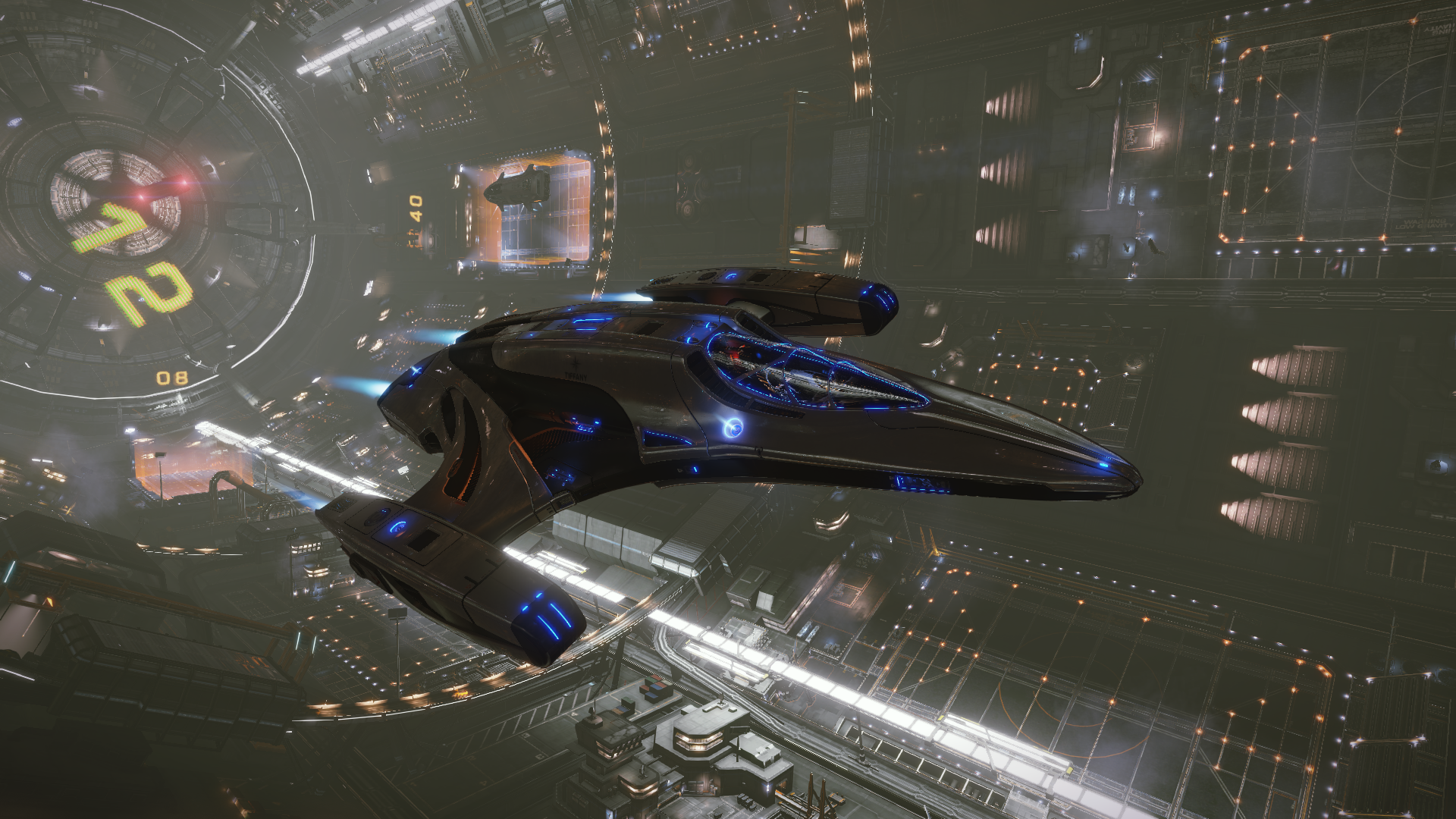 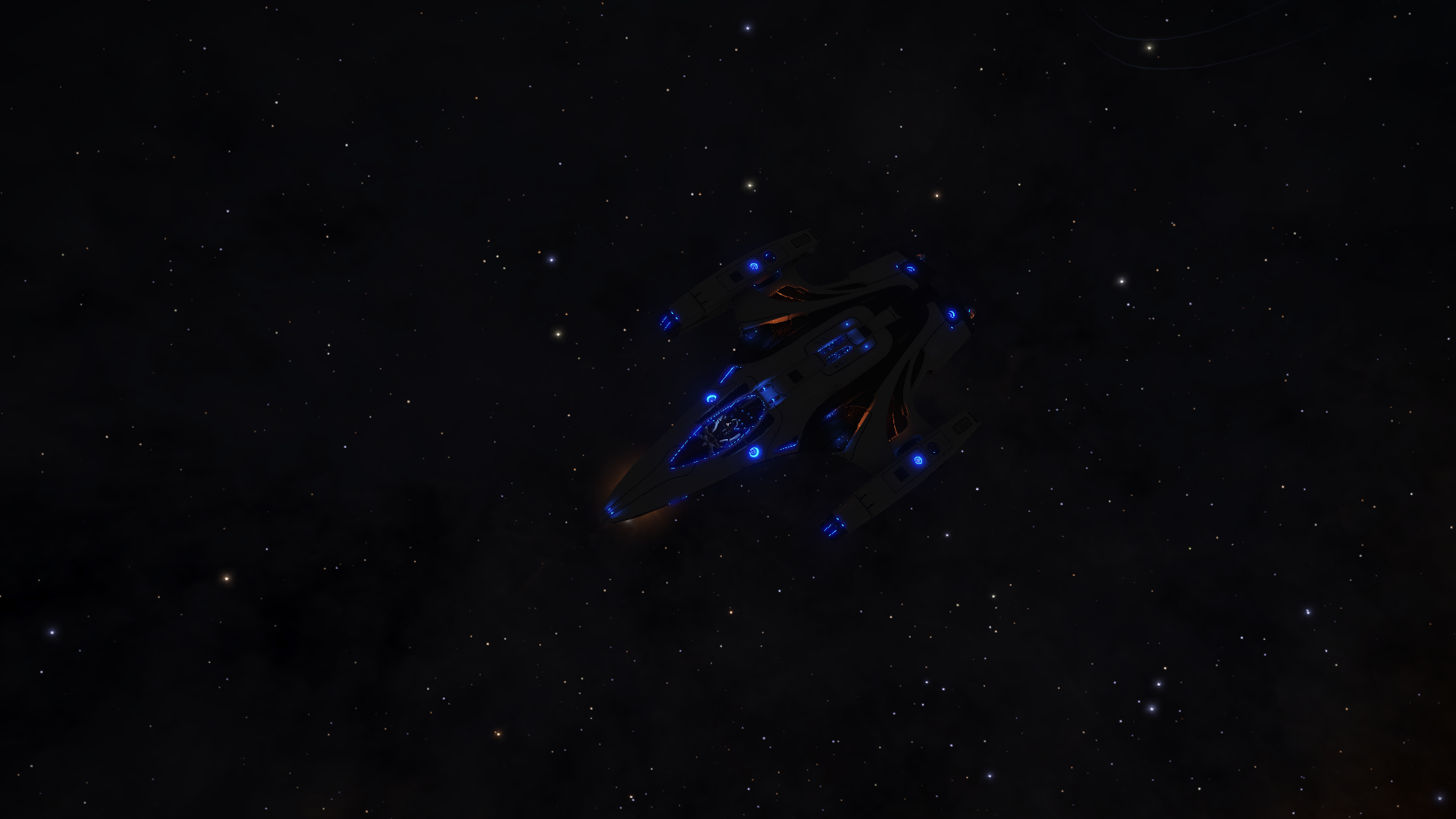 A picture of Angel the dog. 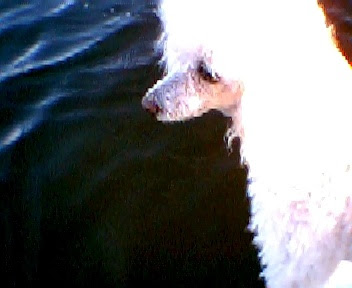 Pictures of the ship Angel. 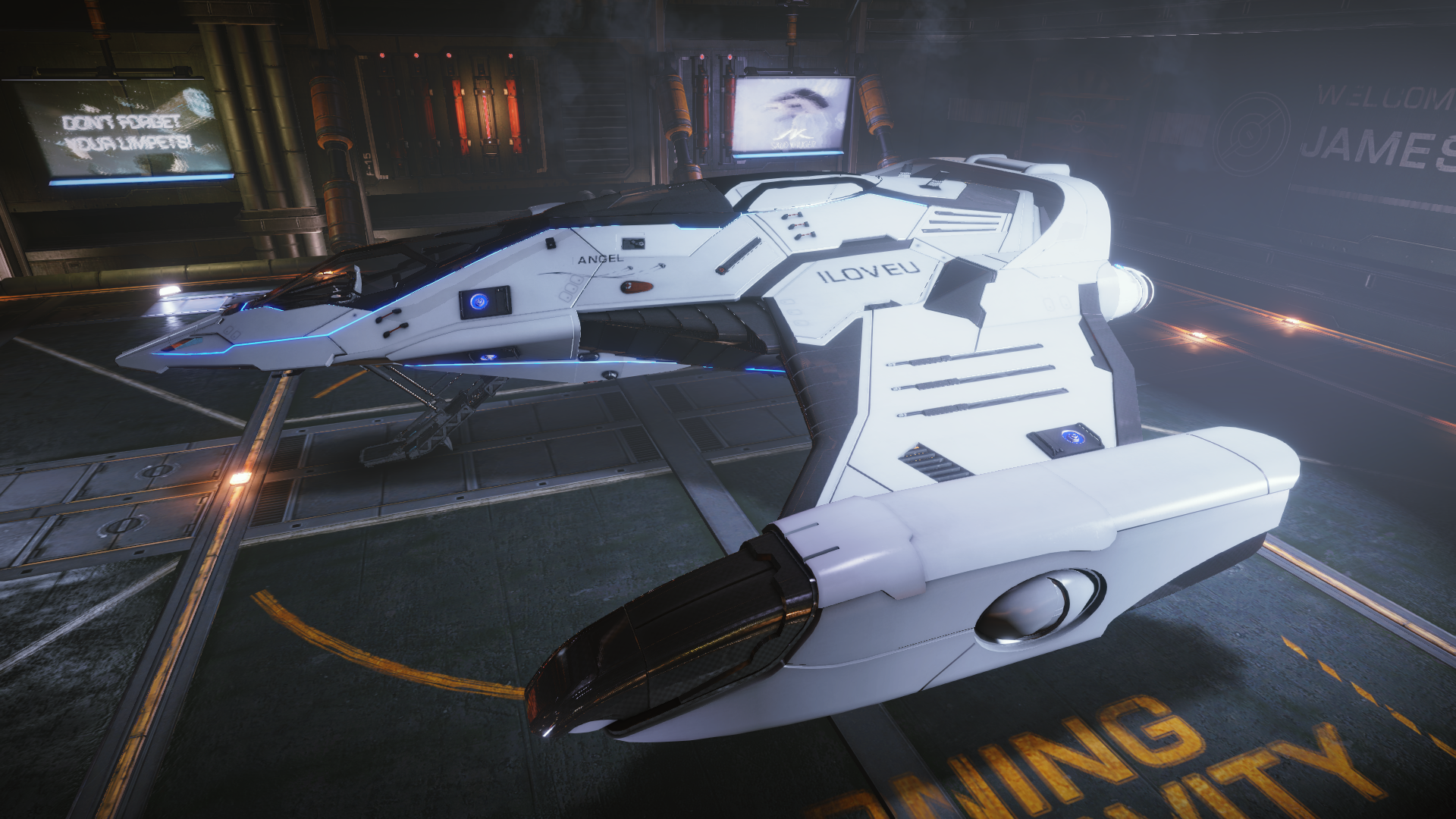 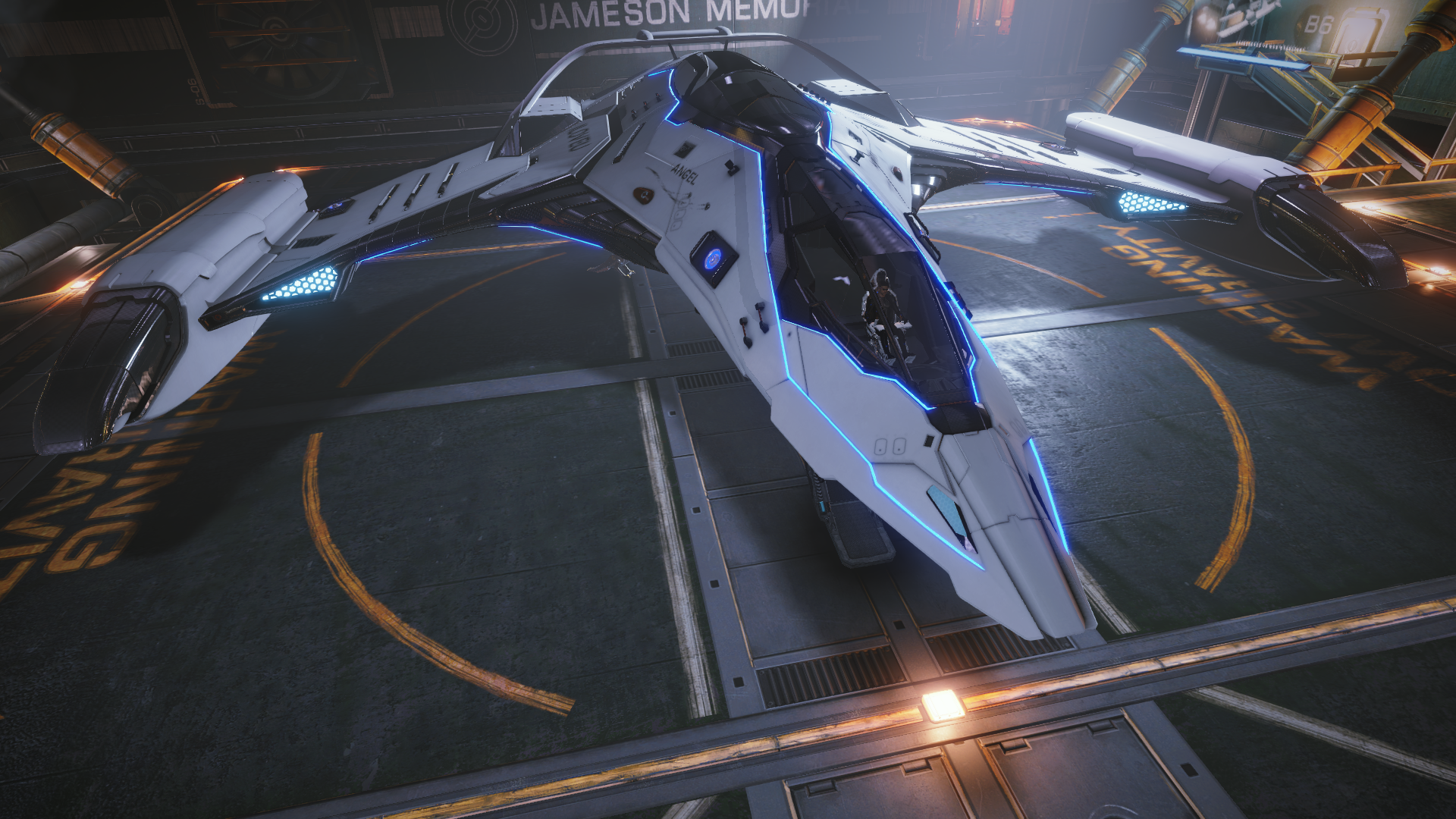 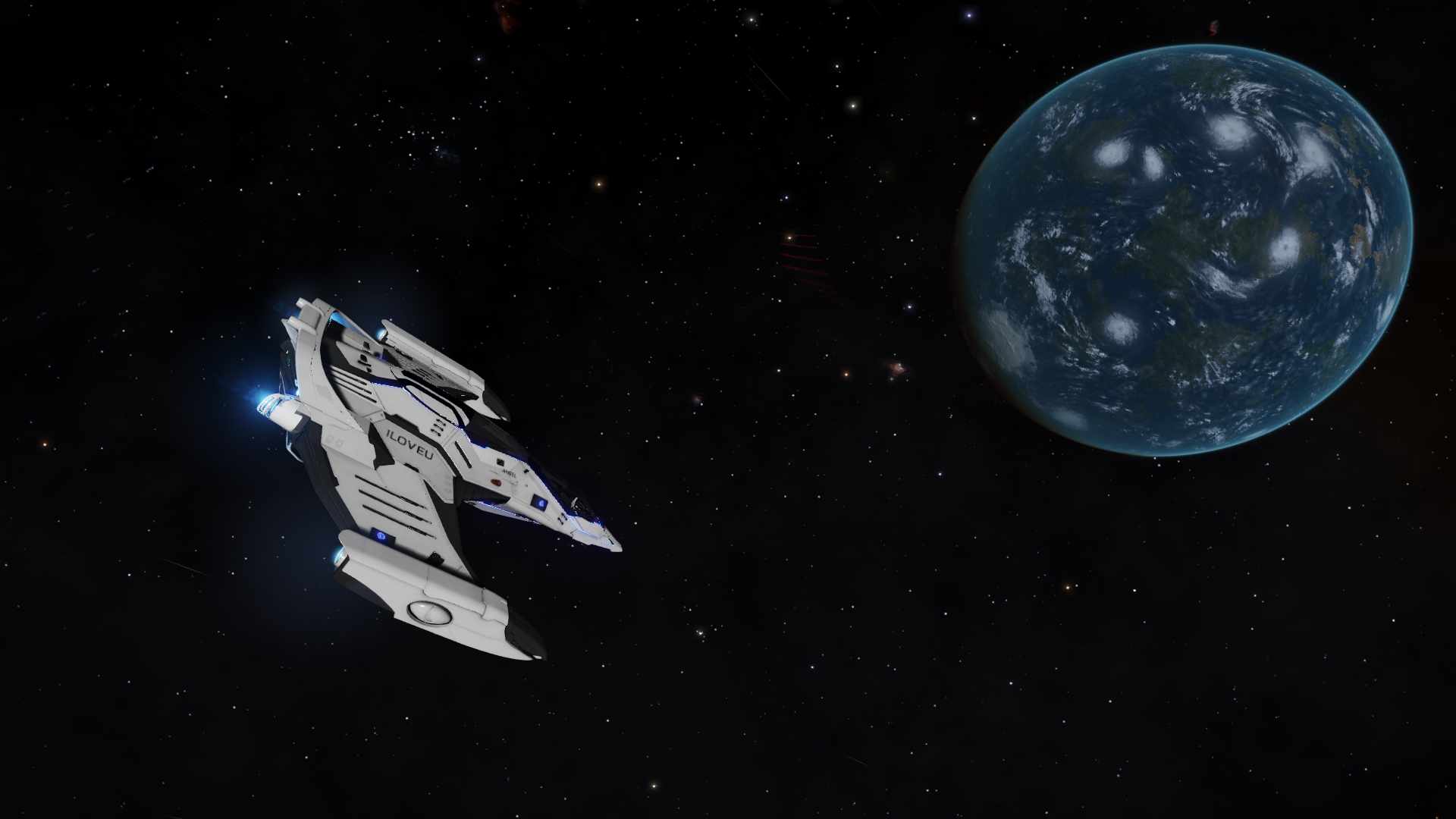 Right now, I'm sitting at the station and I'm going to rest. I'm way too emotionally drain to do much anything right now. And due to this event, I'm not going to push myself too hard to figure out my next move. But as I sit I think I have a few choices.

I like the idea of 1,3,& 4. I can tell you right now that I don't have it in me to do a long trip, so 2 is pretty much out of the question for the second. I just miss my dogs too much, and this is much harder than I thought it would be.

For the first time, I might drop out of the expeditions I'm currently in. Like I won't officially drop it, but I'm not sure I will keep going.

Right now I'm at Mjolnir's Wrath. I came here since it has a shipyard, and I wanted to figure out if any of my current ships is named Tiffany or could be. My MK3 ship is just named "personal ship", and I might rename that after her. However, I think the paint job I have on it might be iffy. So my other option is to just buy another ship at this station. (sidewinder or hauler) So here is my options.

If I get a proper ship, I would like it to be a nice looking white ship since she was a white dog. I looked at the cutter, and I simply can't afford it. One I can afford and I do like the look of is the Dolphin. It is a passenger liner. (It takes 37 jumps to get there)

I like option 4, but I will decide in a few hours.

What I'm worried with is I just go home is I will just stop for another year or so. And there is a few places I would like to go to.

While coming to the station I'm at now, I took a few pictures. 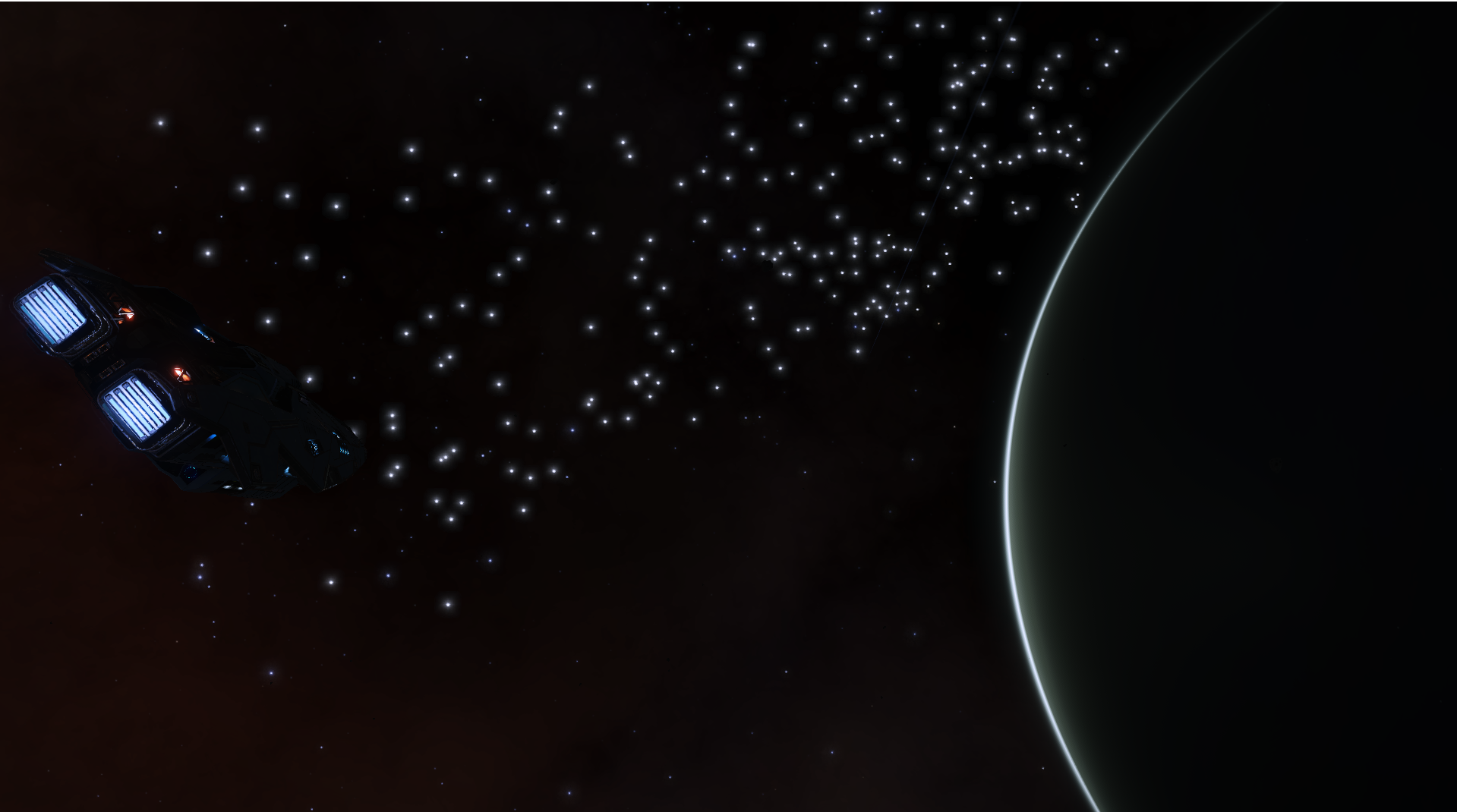 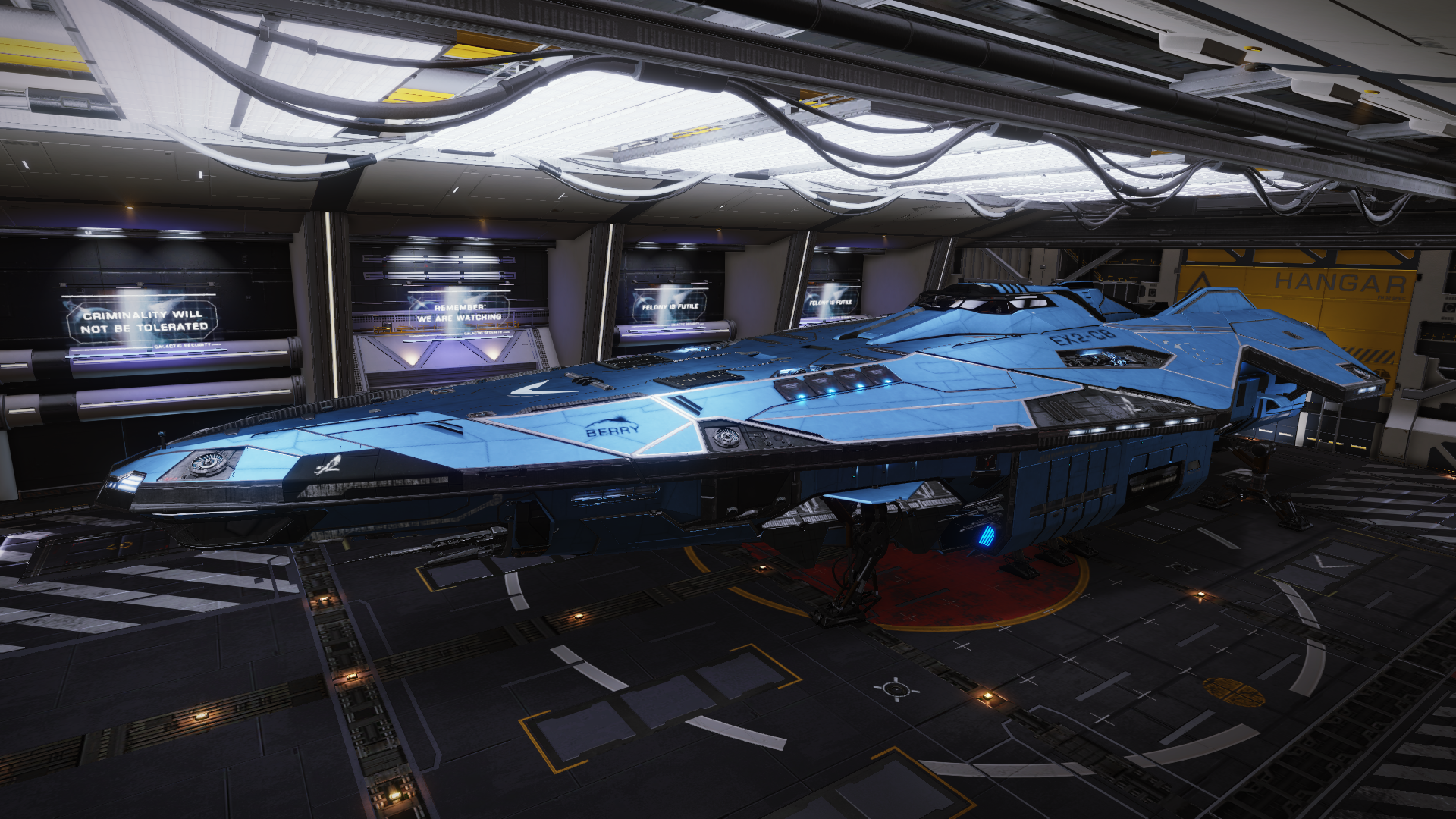 So I got most of my system on the ship like I liked it. I just have to fix the HUD color.

I am going back and forward between going to the furthest point or going back to SOL. Because my dog died, it taken the wind out of my sail so to speak. I think I'm going to take a look at how many jumps the highway will take.

With that being said, I jumped 2 systems to get the feel for my ship since it has been soon long. It will take me a day to get back to normal.

Due to several things, I had to take a break. I haven't jumped out of the system yet and won't until I get the hang of things. Some of my equipment broke, and I had to fix it. I have to modify a few things however.

Now, the big reason why I am logging this is to remind myself to buy another ship in honor of my dog Tiffany that just passed away. Sadly, I had to put her down due to cancer. She was a good dog, and she deserves her own ship.

As far as the expeditions. I might have to drop out. I'm not sure if I have the time to do it. But I might try anyways since I don't have enough money to get an Anaconda.

Any case, I think I will start going one way or the other by the start of next week.

So my ship is back up, and I was just dropped in the system I was trying to jump from. 30 jumps later and I bunch of new systems, I made it to the store. The data I collected between got me a good 6mil CR.

I'm heading right now to start the next expedition. I'm going to see if I can stop by a station or 2 in between to repair and restock my repair unit. I'm taking the highway, so I'm sure my ship will take a beating by the time I just get to the expedition. I'm started about 254 jumps with the highway.

Right now I have 212 jumps to go. I think I will hit the center in a good 3 to 4 days of jumping. I might go there and just rest for a bit.

I decided to go on another expedition. This one will require me to go to Beagle Point. Before going straight there, I wanted to stop by the founders world to pick up a higher class fuel scope.

The problem is, during a jump from a neutron star the power went out. So I'm not sure which system I'm in. Right now there is enough power for basic things. Hopefully when I wake up the problem fixes itself. I believe I was about 30 jumps from the founders world.