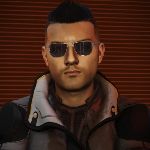 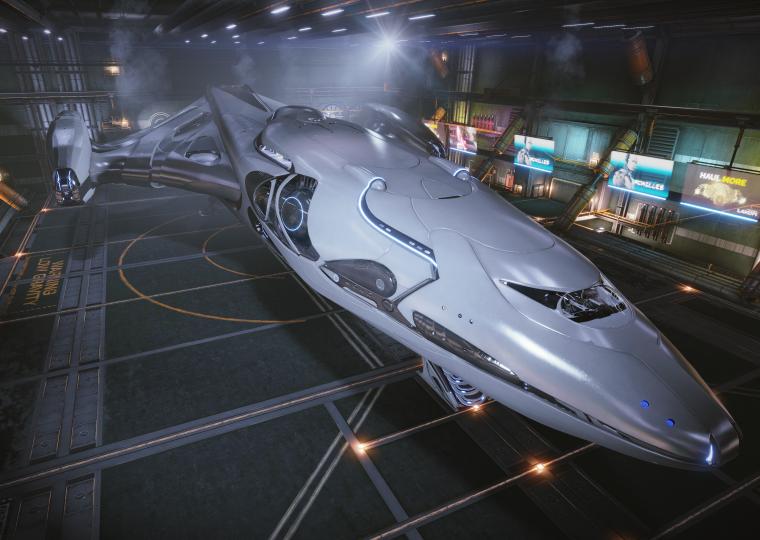 The highest point was BYOI TREIA XP-N D7-0. Not as high up as I had hoped, but in the future I will try that again in the core region.

I visited Voyager 1 and 2, as well as New Horizons.

Journey To The Top:

I took my Anaconda to a trip, aiming for a near "high up" system. In this case: BRAUFAE ZT-Q D5-0. Jumponium was the key.

On the one hand, there was the Community Goal that I completed and made it into the top ten. It was required to collect and submit bounty certificates.

My fight rank is now master.

I also dealt with the various weapon systems and their modifications.

And I visited a Thargoid base (inactive) for the first time. (HIP 19026). Interesting, but also creepy.

A journey to Colonia trough "Temple" and "Orion-Cygnus Arm". After that a visit to the "Conflux-" and "Hawkins Gap Sites" of Project Dynasty.

The last days and weeks after the last Exploration, I was visiting certain places and learning about the history of the Thargoid-Human conflict;

The next thing I'll do is visiting the Formidine Rift, and go to the Ouposts from Project Dynasty.

"The Voyage Home" starts from "Explorers Anchorage" near Sag A*.

I set a personal new record, on my direct flight back: 26.000 lightyears in about 6 hours.

Nothing special. Only some areas with a low density of neutrons.

The star density is very high and contains ~100 star systems in an 25 lys radius.

When I'm done, I'll go to "Explorers Anchorage" near Sag A* for selling the data.

At least 150 new systems, some earth-like worlds and one of the few black holes out there.

About 150 new systems, including one black hole. There is a big gap without neutron stars, about 2500 - 5000 lys wide, in the upper neutron field. Visited "DSSA Nereus’ Deep".

A short fly-through to Hawkins Gap. About 40 new systems. Nothing special. Low star density between the two regions, but FSD Boosts are not needed.

Reached the upper neutron field. Found another black hole. Maybe moving nearer to the core and explore some new regions.

10 systems with Lagrange-Clouds and Bio-stuff inside them. One cloud was in an asteroid belt arround a gas giant. Reached "DSSA Drymanns Hope".

A short fly-through with about 15 jumps, before I reach the "Trojan Belt". I got now over 1500 newly explored systems. One System with Lagrange Clouds. The Bio-Thing attacked my ships systems and dealt a little bit of damage.

Back in the Bubble, I came to the conclusion that I only need two ships so far:

One Ananconda with up to 76 lys jump-range and one Krait Phantom with 50 lys jumpa-range, good speed and good armament. Only a Cutter for laser mining and mass trading needs to be bought on a later date.

And also something small and handy for core-mining.

I increased my Fed-rank (the final goal is the permit to all systems, not the corvette) and I also researched some of the "more relevant" POIs.

The number of transported passengers has increased to over 1000.

But now I'm back at (slow) exploration. So no neutron-highway for the next days.

In the coming days and weeks, I will go for (story-related) POIs, gather materials and finish the mods on my two ships.

Especially on the Imperial Courier, because, after the events of the last days and weeks, I can smell war on the horizon.

Be it the Thargoids, or Imps againts Feds, something is coming. And I want to be ready for it.