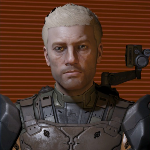 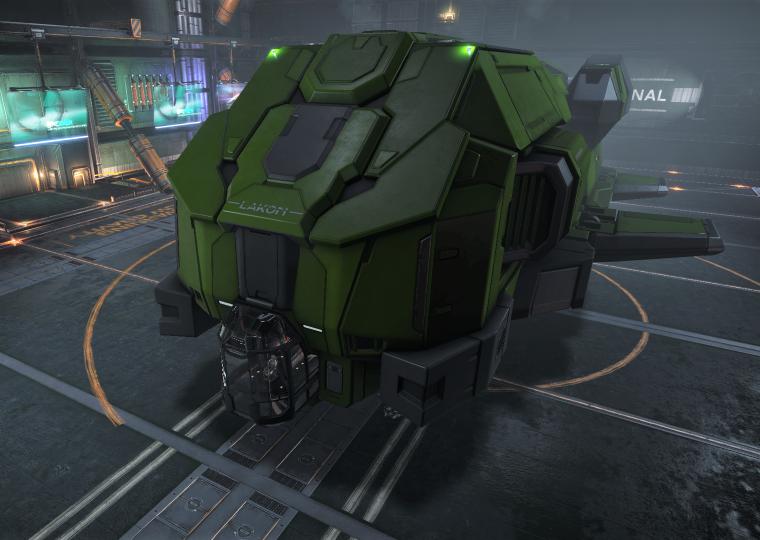 The next waypoint was Eisharr SQ-N c23-1, where I surveyed the whole system and landed on planet 2A for a rest. When I awoke the sun had set and it was dead black, so I went out for a foray in the Scarab.

Then earlier today I crossed from Acheron into the Abyss. My first port of call was Eisharr FK-G C27-0.

This was at Nuvia ZV-C D0 1, a 1.3g world that appeared to be covered in snow, well I left a few tracks looking for materials.

Now heading for Struia Eork VQ-B b33-0, which is 64 jumps away and the final destination before I make a push for Beagle Point.

P.S. I was contacted by CMDR Luftwaffller yesterday. offering friendship, so I took him up on it. He's back in the bubble at Shinrarta Dezhra at the moment after a trip to Beagle Point himself.

Boy, this is taking forever and I'm not even half way round yet. I'm now at Skuequ SP-V d3-4, 58,875 ly from sol and 12,552 ly from Beagle Point. I'm still collecting plenty of materials from planets and moons. Some of the views have been really good.

I now also have more materials maxed out, when I get back i'll have to exchange the low ones for the valuable ones.

Just stopped off at Critchao AM-R B10-0, and gone down to the surface of planet C5 at one of the geological sites. I picked up plenty of material here and when I returned to P'Taq I did an external inspection.

The paint is very worn, so one of the first things I need to do when I get back to civilisation in a couple month's time is get it touched up.

I took a small detour to have a look at Suvua FG-Y f0 (Alatar and Pallando, stellar remnant), but it wasn't up to it's billing, no stellar remnant. It may just as well have been Noddy and Big Ears, or Andy Pandy and Looby Loo. Waste of time, but it was on the way (almost).

I'm now in the Acheron region at Flyue Byoe MS-D a39-3, 54,416 ly from Sol, although at my furthest I've been 54,734 ly away. The detour reduced this distance. This region is heavily populated by Brown Dwarf stars so far, I've had to make course corrections and stop listing them on my filters to avoid too many non-scoopable stars in a row.

I also decided to image P'Taq at a double star, made a nice shot.

This is the end of the second leg of my journey. The second side of the (slightly distorted) hexagon that I'm following around the galaxy.

The next leg takes me to Beagle Point.

I'm near the edge of the galaxy here, and it looks very different to the view from Sol.

But right now i'm having a rest. Tomorrow i'll explore a few local systems before moving onto the next leg.

So I arrived at Ultima Centauri. Quite an interesting system really with two water worlds orbiting the neutron star.

I landed on moon B4 A, the blue light was, well blue!

Now I just need to plot the course for the rest of this leg to Hyiecho AC-C C13-0.

I've now entered the Sagittarius Carina Arm at Dryu Chroa EW-W C1-6 and my next waypoint is Ultima Centauri, just 22 jumps away.

I'm still seeing NSP's in a lot of systems, so life is widespread around here.

It's nearly 41,000 ly to Sol from here and so far that's the furthest I've ever been from home by a mile (actually I've been at my "furthest" for a good while now). It's only going to get further of course.

This area of Dryman's Point certainly harbours a lot of Penducle Trees and Penducle Pods. Most systems that I've visited have them at one Lagrange Point or another.

I'm kind of thinking that the Pods are the seeds of the Trees.

I've landed on a few planets and collected more elemental materials. I'm maxed out with Iron, Sulphur and Chromium now and Manganese will get there soon.

Dryaea Aoc HC-D D12 was a really interesting system with,

Having done some more research, there is indeed a large void between myself and Magellans' Star...

I'll have to go south and around to get there and that's probably 2 to 3 times as far as I was anticipating.

Plans need to be flexible.